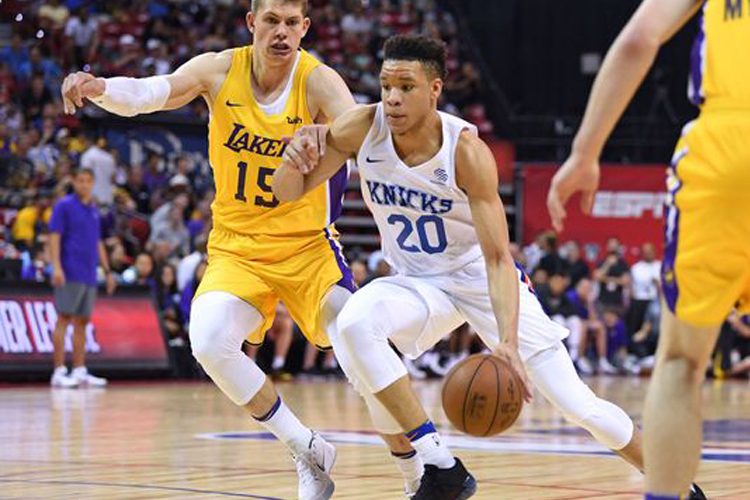 The rookie class for the 2018-19 NBA season is chock-full of potential.  While guys like DeAndre Ayton, Marvin Bagley, and Trae Young have been in the public spectacle since before their freshman year of college, others have yet to receive the public recognition they deserve.  Here are some guys who are bound to make a splash in the league this coming season. 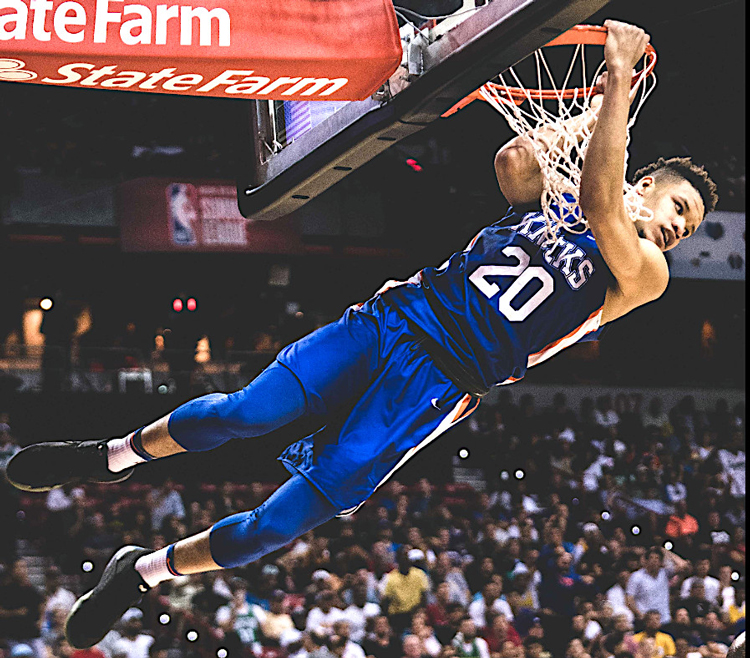 The New York Knicks picked Knox ninth overall out of Kentucky and was greeted by a chorus of boos from the New York faithful.  Knox is a 6’9 combo forward who excels at attacking the rim, though he has drastically improved his jumper.  He can fit perfectly as either three or a four, but his best bet moving forward would be as an undersized stretch four.  He isn’t exceptionally quick but moves well for his size.  He has the potential to be an exceptional defender due to his length and agility.  The almost-nineteen-year-old tallied 15.6 points, 5.4 rebounds, and 1.4 assists per game in his lone season under John Calipari at Kentucky.  Through three Summer League games, Knox has averaged 23.3 points, 7.3 rebounds, and 2.0 assists per game. The last player booed on draft night by Knicks fans was Kristaps Porzingis, and he has turned out to be a star in the Big Apple— Knox has the potential to step into that role too. 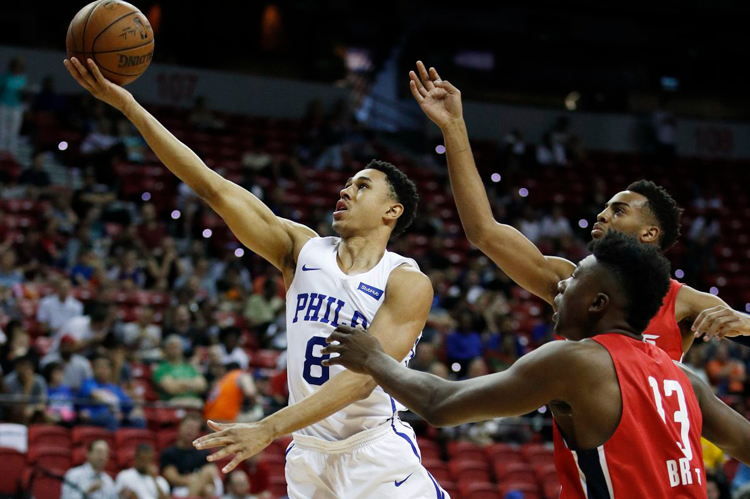 After taking Mikal Bridges out of Villanova with the 10th pick, the Philadelphia 76ers traded him to the Phoenix Suns in exchange for Zhaire Smith and Miami’s unprotected 2021 first round pick.  After quietly arriving at Texas Tech, Smith steadily rose up draft boards during his lone season in Lubbock, where he averaged 11.3 points, 5.0 rebounds, 1.1 steals, and 1.1 blocks per game.  In the months leading up to the draft, he steadily improved his jumper.  Though his Summer League stats have not been overly impressive, Smith will be able to thrive alongside incredible passers like Ben Simmons and TJ McConnell, for his biggest offensive strong suit is his cutting ability, which is difficult to showcase in Summer League.  Smith is also arguably the best wing defender in this draft.  Though only 6’4, his 6’10 wingspan, combined with his 200 pound frame and elite speed allows him to guard one through three.  Smith will be a great addition to Philly’s second unit, and with his nearly unlimited potential, he could end up being a key contributor alongside Simmons and Joel Embiid.  The Process is still in full swing. 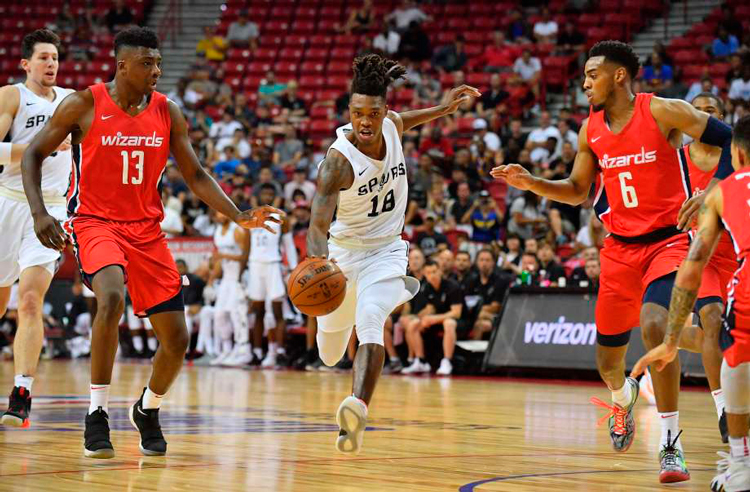 With all the drama surrounding Kawhi Leonard this offseason, it was obvious that San Antonio would be pursuing a wing in the draft.  And somehow, fifteen different organizations passed on Walker, letting him fall into the welcoming hands of the Spurs.  Those fifteen organizations will be sorry.  Walker is an uber-athletic 6’4, 200 pound guard/forward who averaged 11.5 points, 2.6 rebounds, and 1.9 assists per game with a 16.6 Player Efficiency Rating.  In four Summer League games, he averaged 11.5 points, 5.0 rebounds, and 1.5 assists per game.  Walker, who has been compared to Rookie of the Year runner-up Donovan Mitchell, is an excellent shooter who knows how to drive to the hoop as well as create his own shot.  While one of his biggest weaknesses is his lack of an NBA-caliber basketball IQ, there is no better place to develop that then under Greg Popovich in San Antonio.  Due to the Spurs’ next-level player development team, Walker’s limitless potential, and the absence of Kawhi Leonard, Lonnie Walker should become the next star in the long line of Spurs greats. 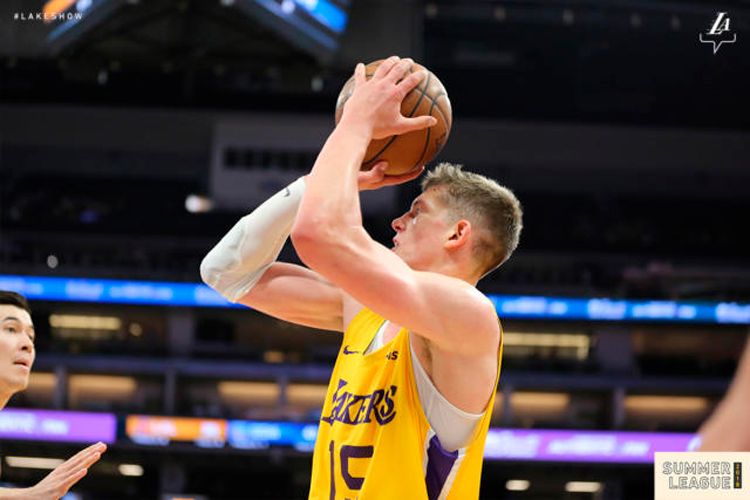 The Lakers have made the most of their ample amount of free agency money this summer, most notably locking down LeBron James with a four year, $152 million deal. They also signed Rajon Rondo, Lance Stephenson, and JaVale McGee to go along with their young core of Lonzo Ball, Kyle Kuzma, Brandon Ingram, and Josh Hart.  But what the Lakers lack is the ability to shoot the ball from distance, their biggest three-point threat being Kentavious Caldwell-Pope, a career 34.5% shooter from beyond the arc.  Moritz Wagner, the 27th pick out of Michigan, will immediately provide floor spacing and a solid outside touch of the bench for Los Angeles.  In his last two season with the Wolverines, the 6’10 forward averaged 13.4 points and 5.7 rebounds per game, while shooting nearly 40% from three.  With LeBron, Rondo, and Ball all being top-notch passers, Wagner should have great success as a catch-and-shoot threat. 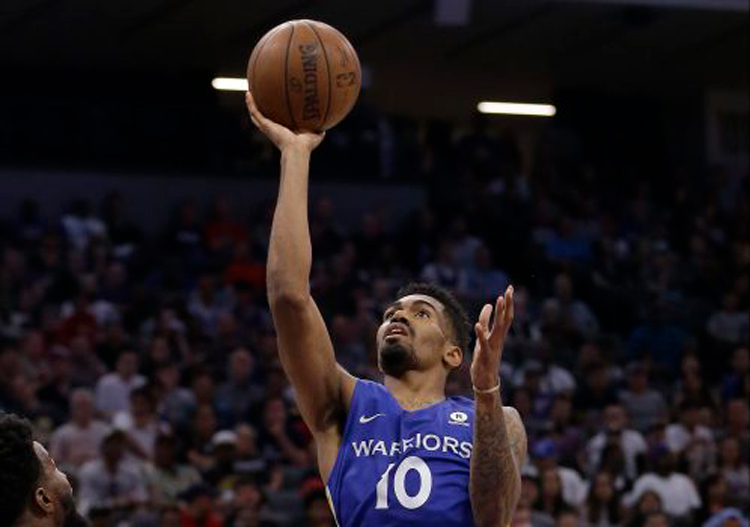 The Golden State Warriors are a modern dynasty.  They have a core of four All-Stars – five when DeMarcus Cousins comes back from his injury – surrounded by a plethora of good role players.  Like Jordan Bell last year, Jacob Evans out of Cincinnati will thrive in the Warriors system.  Evans, a 6’6, 210 pound forward, is a prototypical three-and-D player.  Last season, he shot 41.8% from long range with the Bearcats, and is able to shoot off the catch as well as off the dribble.  While not overly quick, his tremendous size and strength allow him to block off driving lanes and stop shooters in their path.  While his ability to drive to the rim needs work, playing alongside Andre Iguodala will only bolster his game.  The scariest team in the NBA just got a little bit scarier.