5 Places You Must Visit in Paris, France

The city of love, lights, passion and fashion everyone around the world knows: Paris. All the clichés of Paris, in my opinion, are true! It is a beautiful city, and it’s a place everyone should experience at least once in their life.

I love an excuse to talk about Paris. It was one of my most favorite trips – I adored the music, food, and the beautiful culture. So, if you ever find yourself in Paris, here are some places you must see.

You’re probably thinking: what is this place? Well, you’re not alone. I had no idea what the catacombs were when my friends suggested we all go there. Or maybe you’re someone who’s seen the movie As Above, So Below. However, I don’t recommend watching the movie if you plan to visit, because trust me – it’s not exactly as portrayed in the film.

Essentially, it is a cemetery beneath the city. Here’s a brief history lesson: the catacombs, also known as the municipal ossuary, was created to keep the remains of the deceased from the Les Innocents (an above ground cemetery).  Since this cemetery was near the city’s inhabitants, it resulted in the rise of infections and diseases. To resolve this problem, the city decided to take the remains from the cemetery and place them 20-meters underground to resemble something like the catacombs of Rome.

One of the catacomb workers told us a true story. They advise that people do not touch or take the bones from the cemetery; however, one man decided to ignore the precautions. He took a bone with him as a “souvenir” of sorts and left the country for home. Not too long after, he started to experience a lot of bad luck and misfortune. It got so bad that he decided to mail the bone back to Paris with a letter explaining everything that had happened. I do not know if his life went back to normal after, but I can assume he’s doing a lot better now that the bone is back where it belongs.

I wouldn’t recommend the catacombs if you’re claustrophobic, disabled, or creeped out by death. But if you’re a thrill seeker and looking for an adventure, check it out.

Paris is commonly referred to as the city for lovers. With its romantic atmosphere and gorgeous views, it’s hard not to fall in love with the city itself. If you have a significant other – or love for yourself – the Love Lock Bridge is a must.

The tradition of love locks began with placing the initials of oneself and their significant other on a lock. Then, after securing the lock on the fence, the couple would finally throw the key into the water. This symbolizes the bond between two lovers, “locking” them together.

It’s a very sweet sentiment. Unfortunately, the city began to remove the locks on the fence starting around 2015. This is due to the mass amount of locks that are placed daily on the fence, making it weaker. This creates a safety issue, as well as an environmental issue, as sometimes pieces of the fence buckle and collapse into the water.

On the bright side, there are plenty of bridges in the city of Paris that have love locks. Originally, Pont des Arts was the only love lock bridge, but eventually the bridge became over-encumbered with locks – so people began to create their own around the city. If you find yourself near a body of water or a bridge, you might be lucky enough to find some locks. 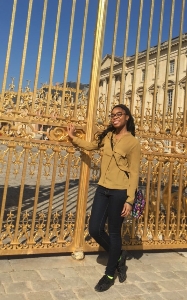 On the outskirts of Paris, the iconic Palace of Versailles is the place to be if you enjoy royalty and history. The palace was originally a hunting lodge, but King Louis XIII created plans to renovate and remodel the chateau, to represent the power and wealth of the French monarchy. His son, King Louis XIV, took on his father’s plan and created the notorious Palace of Versailles that we know today; throughout history, he has been remembered as Le Roi Soleil (the sun king).

Pictures of the palace do not due it the justice it deserves. The palace is the physical embodiment of wealth and extravagance. When you first arrive to Versailles, you see the huge front gate made of real gold and the cobblestone courtyard that leads up to the grand entrance of the palace. Walking through the gates, with the sun glistening on the palace walls, is a magical experience.

When I first visited Versailles, I spent the whole day exploring the palace. It’s a big place, so I would recommend that you plan to be there the entire day, and consider hiring a tour guide specifically for Versailles. You’ll find restaurants, tourist shops, priceless works of art, exhibitions, the gardens, and – occasionally – musicals. You’ll be sure to keep busy. 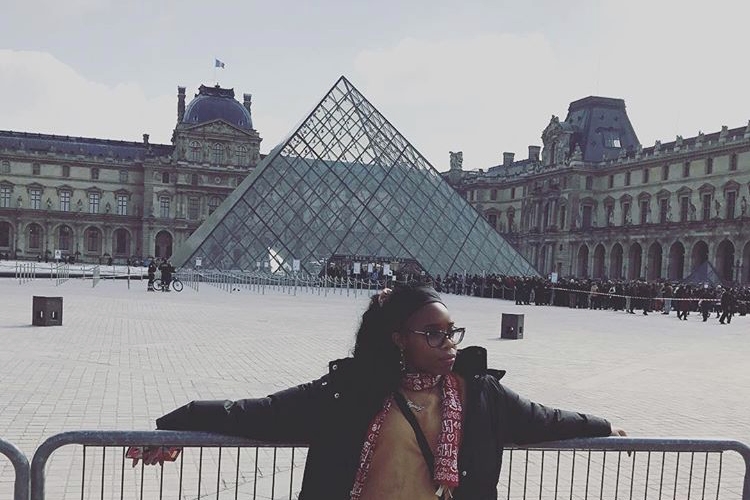 Art is the pride of France, and Paris is at the heart of it. Why go to France if you don’t plan to visit the Louvre? This former chateau is big – I’m talking huge. It could take months just to explore the entire building and see all the exhibitions.

The Louvre truly captures the history of France better than any other museum. It is also the home of the world’s most iconic painting, the Mona Lisa, and features artists throughout history such as Michelangelo, DaVinci, and so many more.

The Louvre happens to be the world’s largest art museum. The building started out as a fortress, but over time, it lost its functionality. In 1546, it became a palace for the French monarchy, and since 1682 it has been a place to display the royal collection of art. 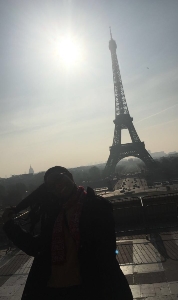 In front of the Eiffel Tower | Victoria Summerville

When you think of Paris, what is the first thing that comes to mind? No matter who you are, when you see this monument, you automatically know exactly where it is. This is the main attraction in Paris. People travel from across the world just to get a glimpse of the sparkling Tour Eiffel. It’s even prettier at night.

In France, I visited the Eiffel Tower more times than I can recall. The most memorable time I visited the Tower was at night. My friends and I decided to take a boat ride on the Seine River around the city. Our captain made sure to time the ride just right, so that when we approached the Eiffel Tower, the lights dazzled in the night sky.

Words cannot describe its beauty – it is something you have to see in person to truly appreciate. Although it may seem a little cliché, I enjoyed the Eiffel Tower the most out of all my excursions. The Tower brought the French culture to life and made my first trip to Paris remarkable. I can’t wait to re-visit Paris again soon.

Paris remains one of the world’s most remarkable cities and has stood the test of time. People from all over the world travel to see Paris; landmarks and museums such as these have helped to create the idealistic city that we all know and love. With more than 85.7 million tourists every year, the French capital has become the most popular city for tourism in the world. Paris continues to shine bright as it has captured the world’s heart through its beauty, culture, music, history and art.