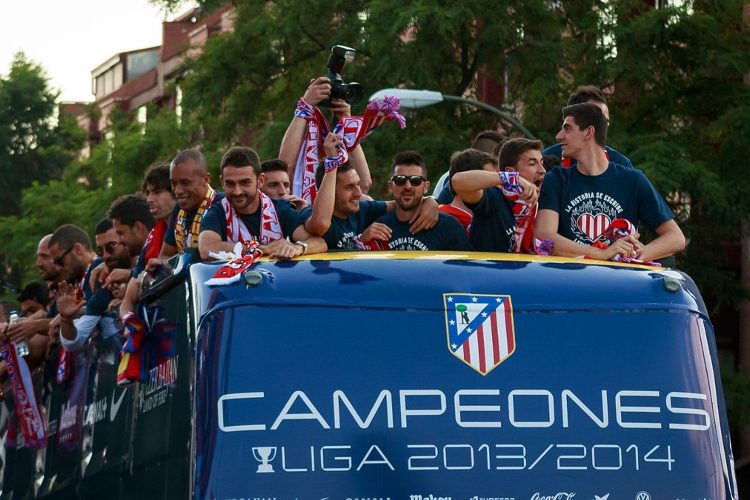 Most Interesting European Title Races to Keep an Eye On

Every season, soccer fans look out for those title races that run down the wire until the last fixtures. Some of the best moments in the sport came from these tight fights for the league title. Images of Sergio Aguero’s winner in added time for Manchester City to win the English Premier League trophy immediately spring to mind. These dramatic and close title races make soccer so much more interesting to watch. Seeing the same teams win by a large margin every league season becomes less and less exciting. Although the season is still very early, here are some of Europe’s potentially most interesting title races. 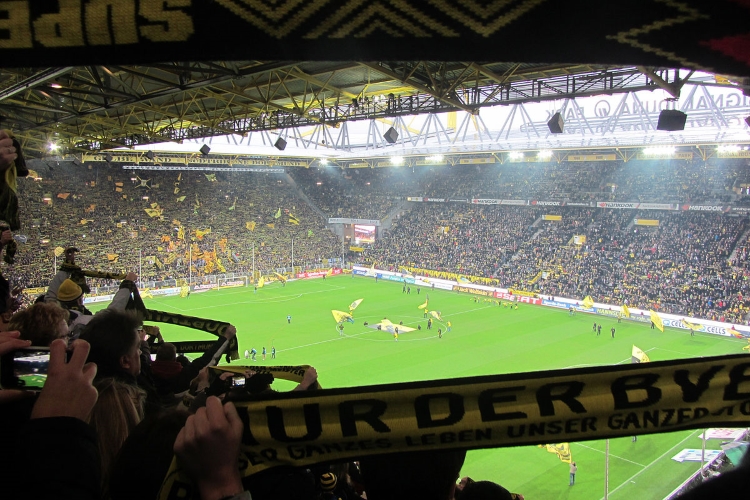 A league that has been dominated by a single team for over half a decade, the Bundesliga might actually have a title race on its hands. Bayern Munich have won the German league title the past six seasons running, and most people would have bet they’d do it again this season. However, things haven’t panned out as the Bavarians would’ve wanted so far. New coach Niko Kovac hasn’t impressed, as his team are falling way below usual expectations. They lie in fifth place and look like they may have some real trouble making up the gap already between themselves and top spot.

Speaking of first place, it is currently occupied by Borussia Dortmund. Also beginning the season with a new coach, the club has been a real joy to watch under Lucien Farve. They are the highest-scoring team in the Bundesliga with 33 goals in 11 games and are undefeated in the league. Four points separate them from rivals Borussia Monchengladbach, who are in second place, and they are seven points ahead of Bayern Munich.

With young stars like Achraf Hakimi (on loan from Real Madrid), Dan-Axel Zagadou, Jacob Bruun Larsen, Christian Pulisic, and Jadon Sancho who are all 20 years old or younger, Borussia Dortmund are one of the most youthful and exciting teams in Europe. Considering the lack of faith in youth at other clubs, the fact Dortmund are in pole position to win the Bundesliga with these “kids” is such an incredible achievement. Lucien Favre deserves a lot of credit for trusting these players, as well as guiding the squad as a whole to such a great start to the season. 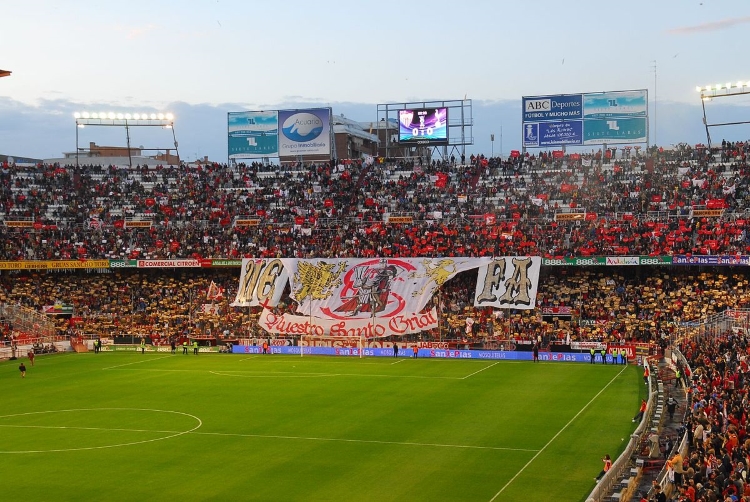 Similar to the Bundesliga, La Liga is a league that is usually predictable when it comes to who will come out on top. While the Bundesliga has been a monopoly, La Liga has been a duopoly for a long period of time. In the past 14 seasons, 23 have ended in the trophy going to either Barcelona or Real Madrid. Yet, this season could be different as the league table is definitely not a reflection of the norm in the Spanish top flight. Real Madrid are in sixth place and only a single point separates the top four teams. Barcelona are top, but clubs including Sevilla, Deportivo Alaves, and Atletico Madrid are breathing on their necks.

Although Deportivo Alaves are likely to have a dip in form at some point during the remainder of the season (sorry Alaves fans), Sevilla and Atletico Madrid have a great chance to push for the title. Los Meregues are off the pace this season, and it is yet to be determined if new coach Santiago Solari will be able to get them back on track. Meanwhile, although Barcelona are top of the league, they haven’t really convinced. They have the joint sixth worst defense in the league and have dropped a significant amount of points already this season. Atletico Madrid managed to break the duopoly in 2014 and will fancy their chances to do so again.

As for Sevilla, their lack of depth could hurt them, but if they can avoid too many injuries throughout the season, they might be able to surprise the world and win La Liga for only the second time, their first since 1946. 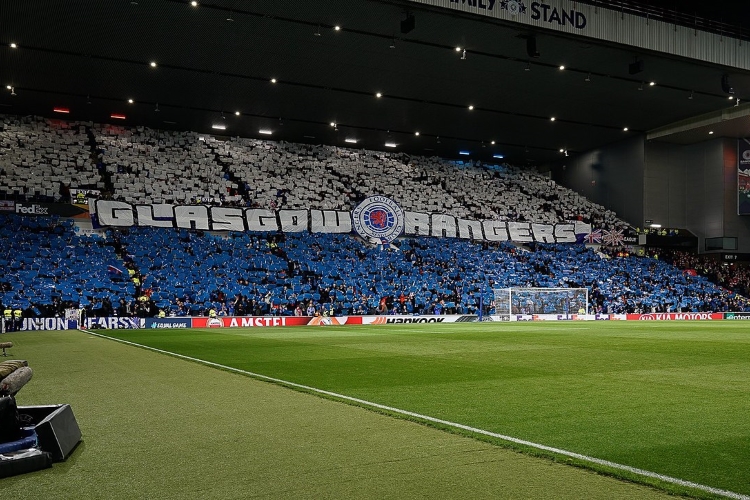 Turning to another monopoly, Celtic have won the Scottish league title for the past seven seasons. Yet, this time around things could end up differently. Although they are top of the table, they are tied on points with Hearts (Celtic have a game in hand) and are only two points ahead of a resurgent Rangers under new coach, Liverpool legend Steven Gerrard. Each of those teams have a player tied for top scorer in the league which will also be interesting to watch, but it shows that each team has a reliable source for goals.

Since the appointment of Steven Gerrard at Rangers, optimism has risen at the club and their performances have been worth the hype. Last season they finished in third place, 12 points behind Celtic. Meanwhile, Hearts finished in sixth place with a 33-point gap between themselves and the Hoops. If either Rangers or Hearts can keep up their form, both teams could potentially mount a serious title challenge against favorites Celtic. 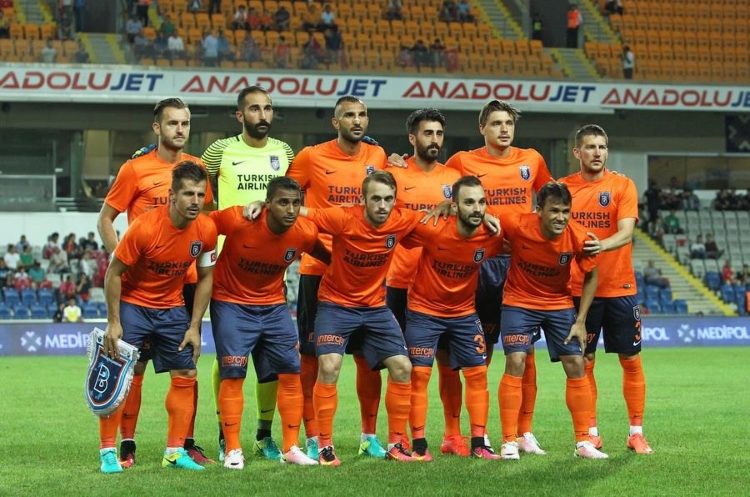 The Super Lig is a league that more commonly has an interesting title race, as three teams are usually in and around top spot. Galatasaray, Fenerbahce, and Besiktas are the three most successful clubs in Turkey and have been the last three teams to win the league title. However, this season looks to be very distinct compared to other seasons gone by.

For starters, Fenerbahce are struggling in a way they haven’t for years. They currently lie in 13th place, just a single point above the relegation zone. To put that into perspective, in the last ten seasons, their lowest league finish was fourth in the 2008-2009 season. Besiktas are also not doing as well as they should be. They are in seventh place, nine points off top spot. Last season they finished in fourth, but just four points off of first place.

Yet, these aren’t even the biggest stories of the Super Lig. Istanbul Basaksehir are in first place, four points ahead of second place Galatasaray. The season prior they finished third, tied on points with Fenerbahce, just three points behind champions Galatasaray. Now, however, they hold the lead in the title race and could win their first ever league title. Boasting recognizable players with experience at some of the highest levels of European soccer like Gael Clichy, Gokhan Inler, Arda Turan, Eljero Elia, and Emmanuel Adebayor, the club certainly have the talent for an upset.

Their rise in Turkey makes their ability to challenge for a league title less shocking than to those less familiar with the Super Lig; nonetheless, if they can hold on to their lead in the league table, their first-ever league title would not only be an astonishing feat – it would be historic. 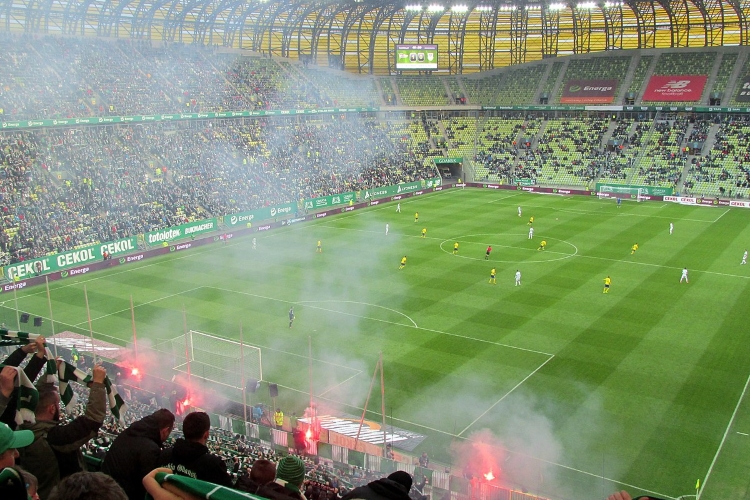 The Polish top flight is a league that doesn’t get much attention in the mainstream media, but the title race brewing there is an increasingly fascinating one to say the least. The Ekstraklasa has been dominated by Legia Warsaw in recent seasons, as they’ve won five of the last six league titles, including the last three. However, this season they are currently in third place. The most surprising thing is which teams are above them.

Two points ahead of them is Jagiellonia Bialystok, who have never won a league title. The team in first has a remarkable story behind their rise up the Polish top-flight league standings. Lechia Gdansk has also never won a league title in their history, but even more incredible is how they got into the first division after years of disarray. They were relegated from the first division in 1988 and found themselves relegated again to Poland’s third division in the 1994-1995 season. Two failed mergers were used to rise up the divisions as they joined other clubs to form one, but in the meantime, an independent Lechia Gdansk was created, which had to begin its inception in the sixth division in the 2001-2002 season.

What followed was nothing short of remarkable. The club had a succession of four consecutive promotions, all as champions, to the second division. In four seasons, they climbed up the league pyramid from the sixth division to the second. With the failed mergers, this independent Lechia Gdansk became the club which had fallen from the first division all those years ago. Their first two seasons in Poland’s second division resulted in finishing in 11th and then fifth (the league contained 18 clubs).

The following season, the 2007-2008 league campaign ended in winning the title and gaining promotion back to the top flight. It took 20 seasons to get back to the Ekstraklasa, where they have remained ever since. In their first season back, they finished in 11th place, just three points above the relegation zone – the league has 16 clubs, and the bottom two get relegated. Thereafter, Lechia Gdansk finished between 13th and eighth.

In the 2013-2014 season, the format of the competition changed. Basically, the league standings were used to split the 16 clubs into two split league tables – one for a championship playoff, and another for a relegation playoff. That season, Lechia Gdansk finished in eighth and then moved up into fourth in the playoffs, their highest finish since 1956 when they finished in third, which was their best ever league finish. In the following two seasons, they finished fifth before they once again came in fourth, but tied for second place on points, and just two agonizing points separated them from first place Legia Warsaw. Last season they ended up in 13th place after having to play in the relegation playoff for the first time.

Considering their struggles last season, their form this season has been a shock. They have the least goals conceded in the league and are tied with Legia Warsaw for the third-highest goals scored in the Ekstraklasa. Their story is truly amazing, and as they lead Poland’s top flight, their fans will hope they can win their first-ever league title. Likewise, Jagiellonia Bialystok fans will be optimistic this can be the year they finally win a league title.

*Information for Lechia Gdansk obtained from http://lechia.gda.pl/tekst/11327/, a fan website. Google translate was used to interpret it as I do not speak Polish.