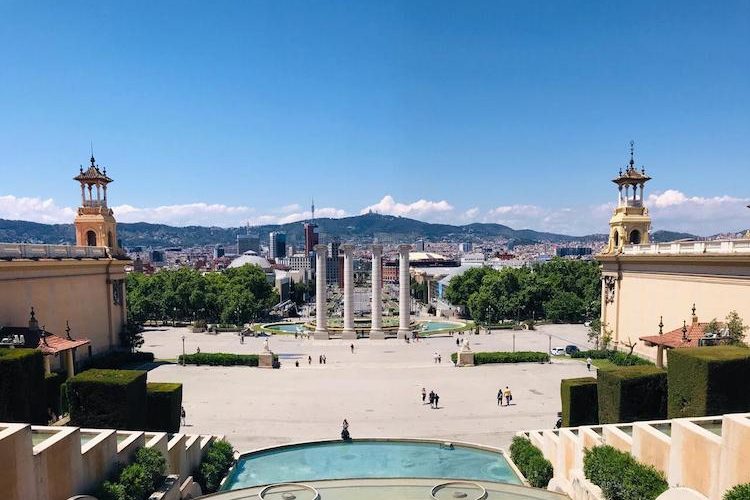 As an avid travel buff and someone who was willing to brave the soaring temperatures of Dubai and adventures of lost tropical islands (as covered in previous articles), I decided to take the rather conventional route of exploring Europe and its most visited cities. My travel adventures first brought me to Barcelona.

The airport is located really far from the city, which is why I decided to take the train into the center. The train ride from the airport to Passeig de Gracia was about 20 minutes, and after emerging from the subway station, I was standing right in the heart of Barcelona.

My journey began in the month of June, which is the tourist peak time. What I did not realize was that the summer heat had set in and the city was practically boiling at 30 degrees Celsius. 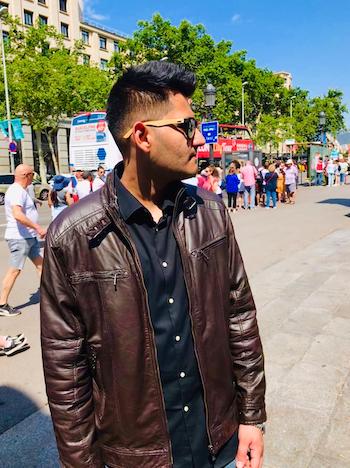 At the Plaça Catalunya | Ameya Godse

This is the heart of the city center, and the place from where my journey to explore Barcelona started. I must, however, admit that getting decked up in my leather jacket wasn’t the wisest of decisions. Plaça Catalunya is where the main hustle and bustle of tourists happens. It is also the place from where all of the open-top tour buses that give a guided tour of the city leave.

11 AM – Local Shopping and exploring the Gothic Quarter 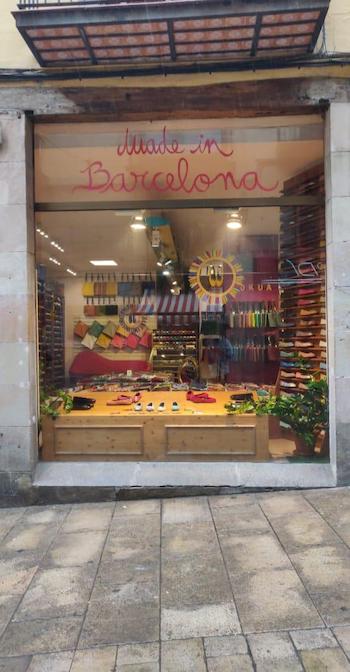 There is not a prettier site to behold in Barcelona than that of cobblestone streets, local spanish markets, and some of the finest architectural buildings from the medivial ages. That is exactly what you’ll find in the Gothic quarter. 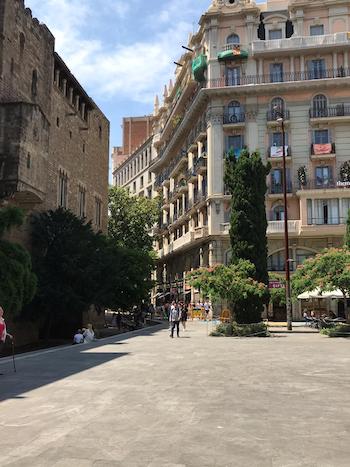 The intricate maze left me baffled, and every single alley is worthy of a photograph. I must give a special mention to the street performers, artists and painters who painted some of the most unimaginably accurate painitings that I have ever seen! 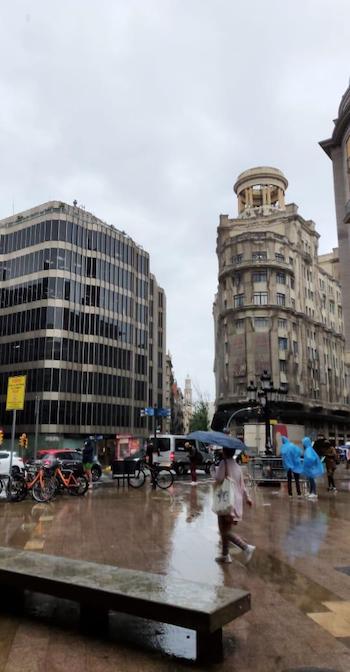 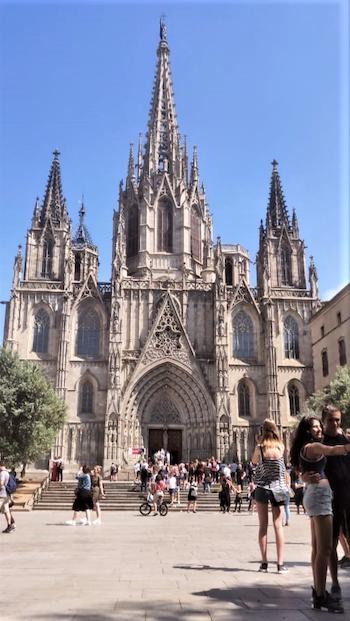 As I walked along the alleys of the gothic quarter at a snail’s pace absorbing everything I could, I came across the Cathedral of Barcelona. I was absolutely flabbergasted by this neo-gothic marvel and the centuries of traditions behind it. It also remains one of the most photographed sites for tourists. I sat down on a bench opposite this architectural marvel and stared in absolute awe. 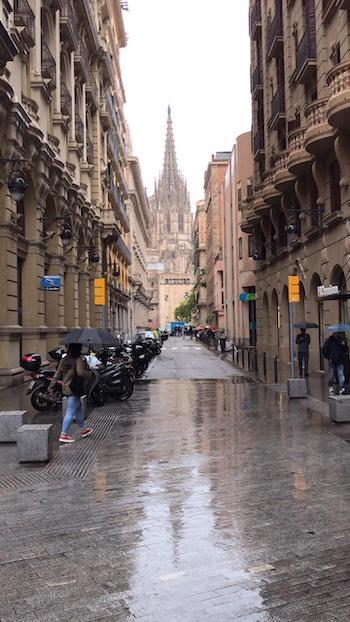 Cathedral of Barcelona Seen from an Alley | Ameya Godse 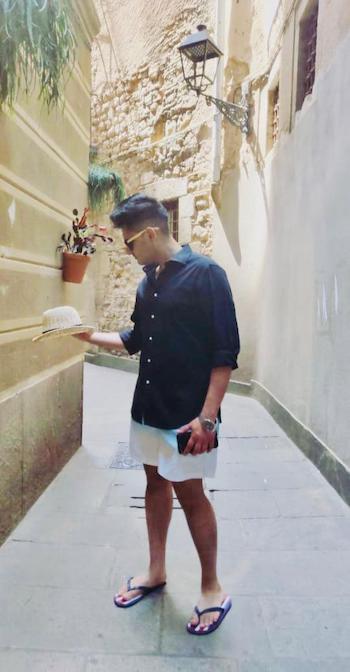 The Alleyways of Barcelona | Ameya Godse

1 PM – Lunch with a view at El Corte Ingles 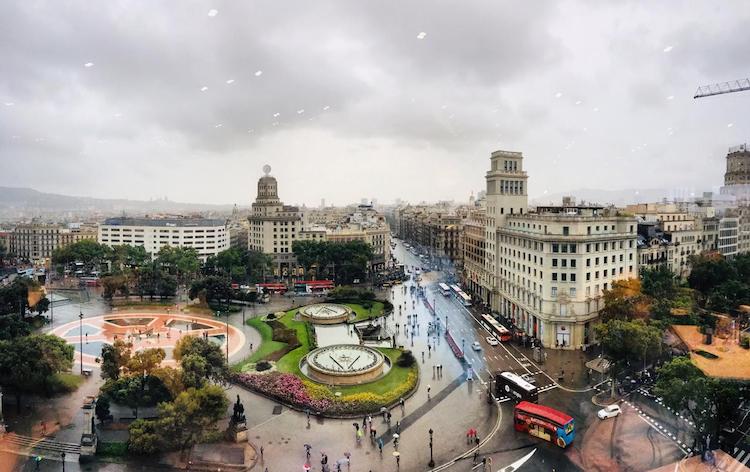 View from the Top of El Corte Ingles | Ameya Godse

It was finally time to have the local fare and wine. I came across El Corte Ingles, a department store that stands right in the heart of Barcelona. The mall was massive, containing practically every brand one could imagine. The entire building was 9 stories high, with the top-most floor boasting one of the best food courts I have ever visited!

The panoramic views of the city from the food court were jaw dropping. The food court offered Italian, Japanese, Chinese, Spanish, and American cuisines, along with an assortment of wines. It was an amazing experience, and this is a highly recommended place! 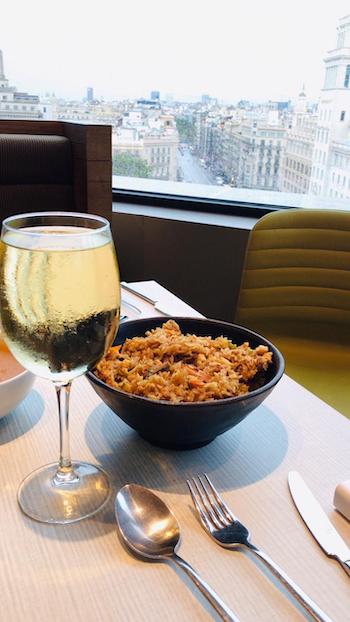 Lunch with a View | Ameya Godse 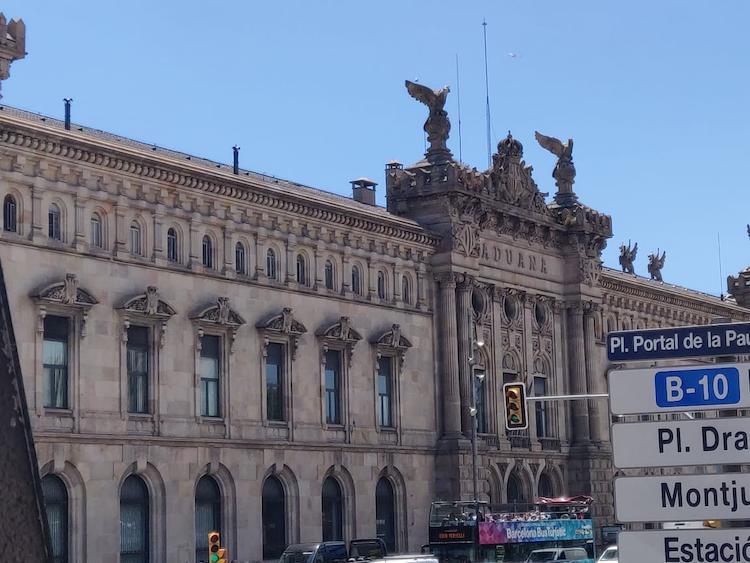 I now proceeded to board the open-top tourist bus from Placa Catalunya, which covered almost all the major landmarks around the city. 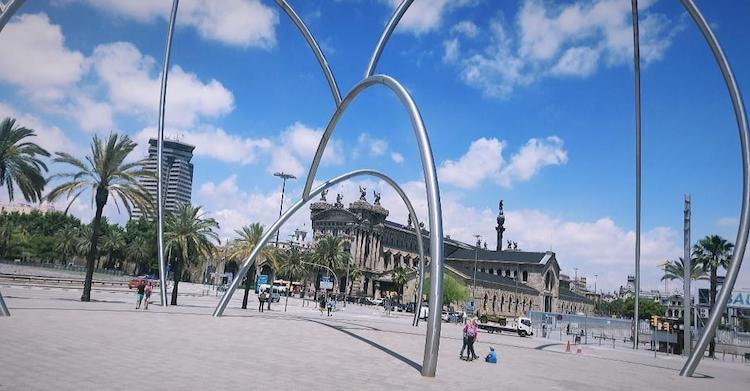 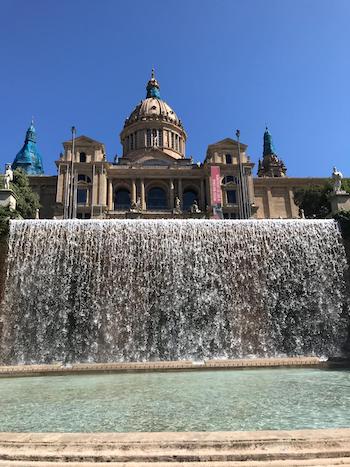 The hop-on hop-off bus had some really marvelous destinations like Camp Nou, the Barcelona Beach, and many others. But the one that stayed with me was the Parc de Montjuic. It is for this view that tourists from all over the world flock to Barcelona in big numbers. The aerial views of the city from the park are magnificent and make you want to sit down and appreciate the symmetrical architecture of this city. 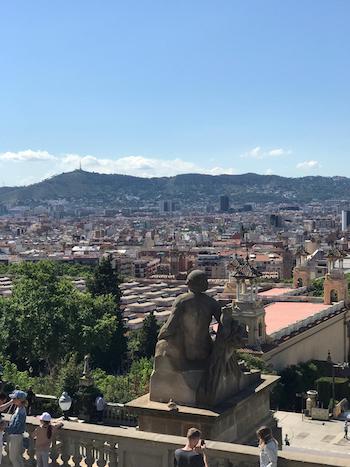 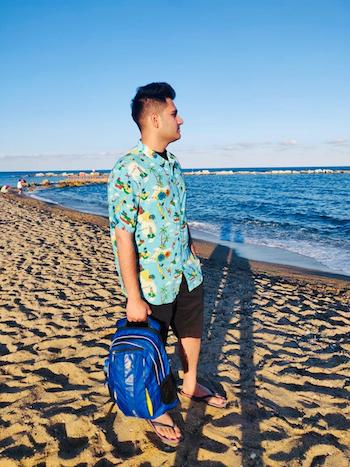 Sunset at the Beach | Ameya Godse

After a tiring day of exploring the city and taking a bus tour, I finally decided to head to the beach. I have come to the conclusion that the beach is the best destination to soak up everything that I’ve seen and let it settle in bit by bit. 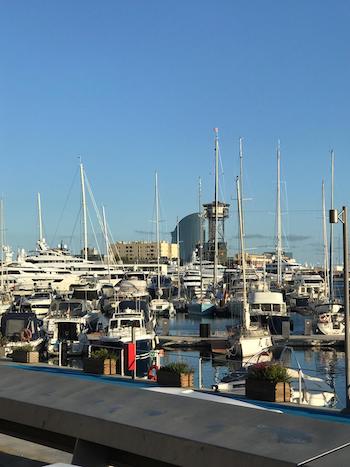 Yachts by the Beach | Ameya Godse