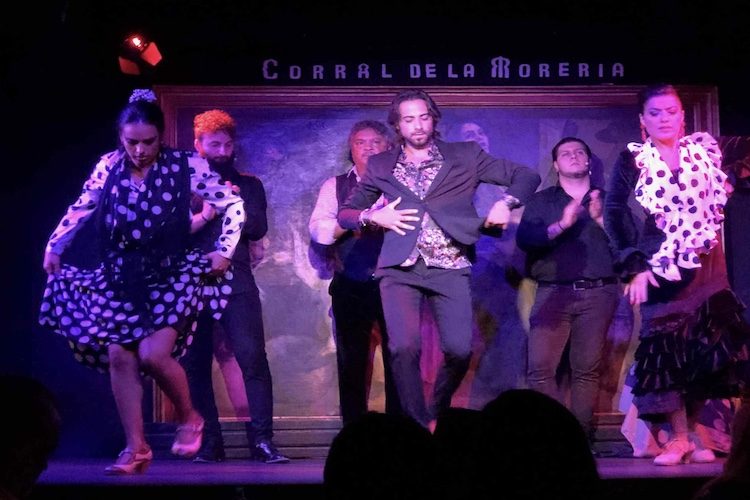 It’s late evening in the hot capital of Spain, where the days are long, and the nights are full of life. Tourists and locals from all corners of the world take to the streets as the sun goes down and the dawn lingers on the horizon.

Madrid is famed for its dusk-to-dawn nightlife and the rich offering of entertainment all throughout the city, though for a real taste of tradition, flamenco is the perfect way to enjoy a unique form of art while unwinding after a long day. 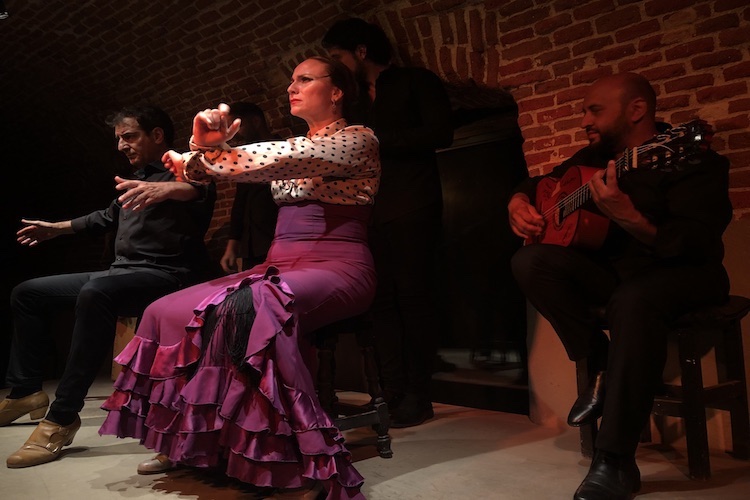 The promise of true and authentic Spanish culture sits inside a small but elegant tablao–a venue created for flamenco dancing in the 1960s. For only 35 euros ($51), patrons can enjoy an impressionable flamenco show paired with a drink at Essential Flamenco Madrid on Calle de la Cruz in the city’s central district.

Below street level, the sweet sound of Spanish music fills a narrow brick room, illuminated by colorful lights of red, blue and green. The sweetness of sangria can be tasted as it is slowly sipped on throughout the 60-minute show, adding to the comfortable atmosphere.

All at once, the noise of clapping and cheering from the audience can be heard as the tapping from the dancers grows louder and louder by the minute, accompanied by passionate singing.

The sashay of a bold red dress gracefully swirling across the stage is the centre of attention as men in black are strumming a sharp beat on their guitars, full of life and adding to the excitement of the show. The stunning scene is appealing to the eye as each individual is left in awe from the talent of each performer. 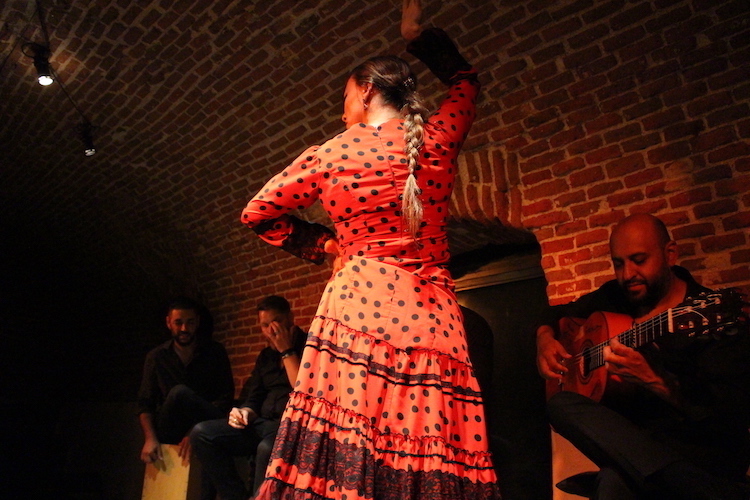 This is flamenco; a famous form of art in Spanish culture including intimate music and dancing that elicits an array of emotions. Essential Flamenco, a popular spot perfect for casually viewing flamenco performances, is located right in the heart of Madrid where the tablao itself originated from.

Juan “El Mistela” Manuel, who is 53 and grew up in Seville, has been a dancer and artistic director with Essential Flamenco for six years and counting.

“It’s the first time in my life I’ve been in one place for so long,” said Manuel. He has been dancing since he was five years old.

Manuel continues, “at home we used to listen to loads of flamenco music. One day on the television, I saw the dancer Farruco—the star of flamenco at the time. I told my dad I wanted to be like him.”

As he grew older, Manuel began traveling the world, with his first flamenco performance in Perth, Australia. He then continued onto Sydney and has since performed in various countries such as Russia, England, France and Italy; all of which have made a significant impression on his life. 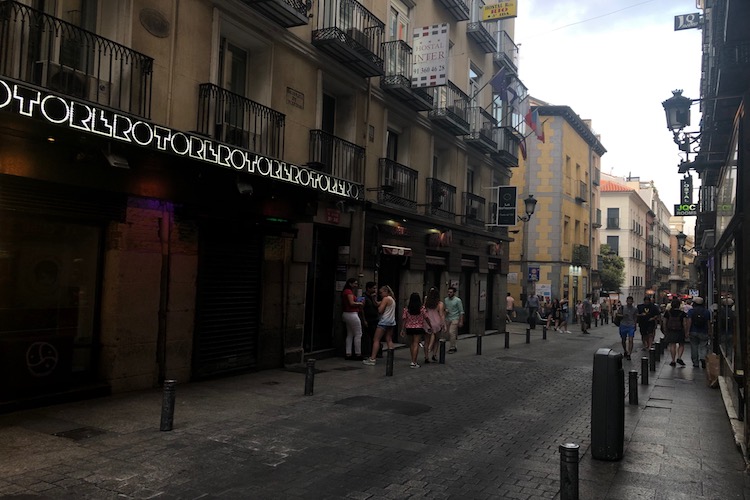 Essential Flamenco is not a typical tablao curated for tourists, yet still attracts attention from all walks of life. The performance tells a story and is rich with passion from both the artists and audience.

“This tablao is different because the owner, Ramiro Figueroa, wanted pure flamenco,” said Manuel. “He wanted flamenco in its essence—that kind of raw closeness that you can’t get in the theatre and can only get from live music.”

While the show itself is unique, the tablao also adapts a more traditional atmosphere of flamenco, as it does not include dinner, which is a popular feature of many other flamenco locations in Madrid.

“It’s important that we don’t give dinner, only a drink. When you go the opera, they don’t serve spaghetti,” said Manuel.

“In Spain, the significance of flamenco is on par with opera. It is the most important art form we’ve got,” he continues with triumph. “When an artist is working, you should be watching without distractions. You’ve come to watch a show, if you want to eat, go out to a good restaurant.” 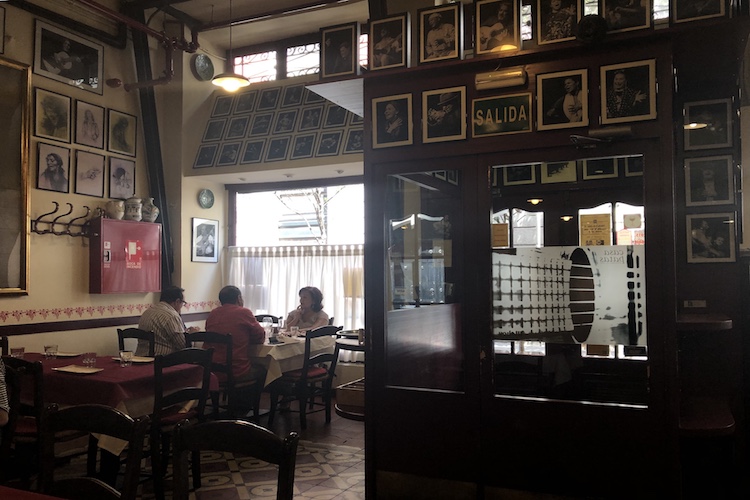 Flamenco shows can be found all across Spain, but in Madrid, Casa Patas is one that specifically stands out from the others. Every tablao is unique, similar to the elegant simplicity of Essential Flamenco, though what makes Casa Patas a notable spot to visit is the separate rooms for dinners and performances.

After opening in 1984, the relatively new tablao began as only a restaurant while it was starting up. It was the rise of flamenco performances in surrounding neighborhoods that encouraged the restaurant to include historic Spanish culture in their atmosphere for people to enjoy. Roughly four years after Casa Patas began, the tablao incorporated singing shows for families and friends to watch and join in on, adding the element of dancing nearly a year later.

In just five years, Casa Patas had become a place where flamenco was enjoyed and celebrated, turning the back patio into a showroom.

Flamenco shows are most commonly watched while eating a meal, yet Casa Patas caters to each individual experience by having separate rooms, allowing patrons to choose either dinner or the show (or both). 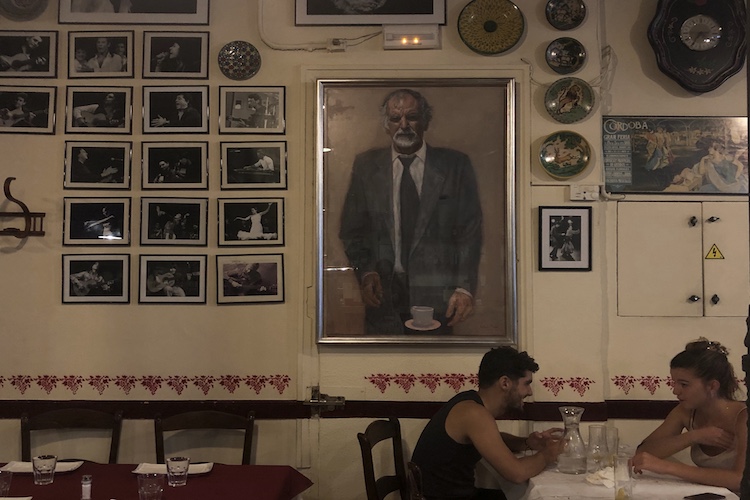 Although, the importance of flamenco extends much further than the showroom at Casa Patas—after the founder of the family-owned restaurant passed away, his two children began a foundation that teaches different aspects of flamenco. Many participants of this program have gone on to become professional flamenco dancers and performers.

Flamenco originated from gypsy history, though is embodied in Spanish culture and all across Spain, making it dependent on the location and occasion in which it is celebrated. What most don’t realize is that it also incorporates different styles of music and the inclusion of song and dance that is heavily focused on the importance, meaning and expression of the show.

Francisco Abellan Ripoll, managing director at Casa Patas, explains flamenco’s importance as “the sort of art form where you can look at it and enjoy it but not get much out of it, unless you really like it and go out of your way to try and understand it.”

Ripoll continues to explain that the tablao never works with the same artist twice and has a constantly changing rotation of performers on a weekly basis. El Mistela from Essential Flamenco will be appearing at Casa Patas for a week of shows from July 29 to Aug. 1.

Another significant part of the history of flamenco is the origin of the tablao—Madrid is home to the historic Corral de la Moreria—the first and most recognizable tablao in the world, with one of the oldest flamenco performances. The show began in 1956 and features a combination of dinner from a Michelin-starred menu.

Angie McDowell, 49, is a Canadian tourist and teacher visiting Madrid with her family and explains her experience of the flamenco show on July 17 as “amazing and very authentic.”

The hour-long performance features tap dancing and elegant costumes alike Essential Flamenco and Casa Patas, though with an admission price of 47,95 ($53.25) euros not including dinner or 49,95 (55.47) euros including a drink.

McDowell describes the show as, “middle aged Spanish singers, musicians, dancers who most likely grew up with the traditional Spanish flamenco and continue the tradition on the stage.”

Flamenco has something for everyone and is surely an unforgettable experience when visiting Madrid.