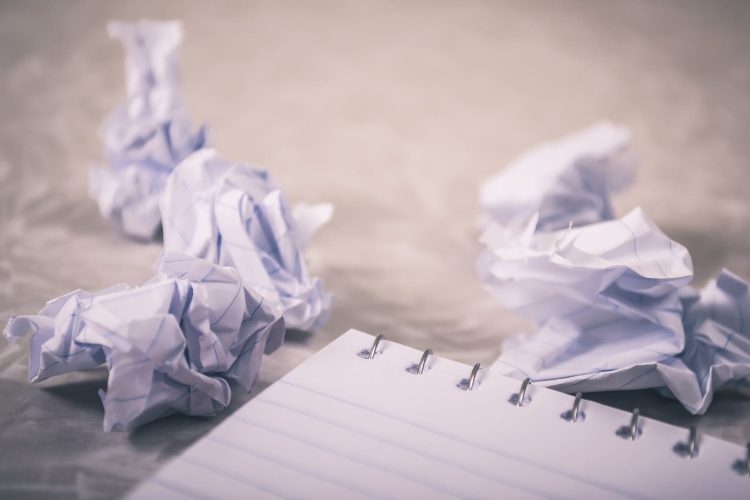 Before I begin I’d like to mention that I’m writing this as someone who is, comparatively, still very young. Without a doubt, I still have a lot of rejection to come- big, small and everything in between. It’s rather an odd thing to think about, all of the rejection that could come your way in the future. Quite easily, it could make you want to curl up under a blanket, close your eyes and just pretend that the big wide world doesn´t exist. Trust me, we’ve all been there.

Yet, even though I am very lucky to be in the position that I’m in, I have already faced rejection in my professional and academic life. And somehow, the rejections that I already have under my belt make it a little easier to face the ones to come, because I know that in the end, talent and dedication gets me where I need to be, even if there are a few detours and setbacks along the way. Besides, a story that has a few surprises is a story worth telling.

Quite often, a rejection can seem utterly, unbearably personal. Especially if it’s in the field of writing. You’ve poured a little bit of yourself into your application and somehow, somewhere along the way, it’s been deemed not good enough.

Take that mentality, scrunch it up into a little ball, and throw it into the distance as hard as you can.

It’s not personal. To you, that job, or that internship, or that place in a university course is unbelievably personal, but that doesn’t always mean it is on the other side. Sometimes, there can be hundreds of people competing for just a few spaces. Interviewers often wade through dozens and dozens of applications at a time.

Not getting that position does not mean that they found something particularly abhorrent about your application. Something so ghastly and appalling that you simply could never be hired.

Chances are, you just missed out, and the person hiring decided to go in a different direction. Being rejected is not a signal that there is something fundamentally wrong with you, someone else just beat you to the post this time. But next time, it could very well be a different matter.

Chin up, there are plenty more jobs in the sea

I’m guilty of this. Finding a job advertisement and instantly romanticizing about it. Imagining myself becoming an instant success, being praised and promoted and goodness knows what else. I have my first-day outfit picked out faster than you can say ‘Curriculum Vitae’. It’s natural. We all get excited by a good job prospect.

If that prospect doesn’t turn into your dream job and you have to retire the spectacular suit you’d chosen to wow your boss, that’s okay. There are plenty of other jobs in the field you want that will come your way. New positions are opening up all the time and it’s important to keep searching. Sign yourself up to websites such as Indeed, which will notify you if a new opportunity comes up, and keep sending your CV to places that pique your interest.

There are plenty more jobs in the sea, and eventually, you’ll catch one.

Learn from it, these people know what they’re talking about

Sometimes, when you’re told that you were unsuccessful in an application, you’ll be given feedback. Once again, do not take this personally. It’s purely professional.

At the same time, don’t just dismiss it as a failure and never consider it again. These people are professionals, and they definitely know what they’re talking about. If they give you some pointers about where you went wrong, whether relating to your application, an interview, or something else entirely, take these on board. It’s probably something easily fixed, and if you work on these for your next job interview, you’ll have them eating out of the palm of your hand in no time.

It’s worth bearing in mind that sometimes feedback isn´t offered and you’ll be left with little more than “rejected” in painful clarity. That’s okay too. If in doubt, refer to number 1!

Give yourself time to work out what you want

Rejection after rejection can sometimes be a red flag.

Are you applying for the right thing?

Take a breather. Make yourself a cup of tea. Go over your CV and applications. What are you qualified for? How does your experience make you fit into certain workplaces? What interests you the most?

Sometimes, if we are launched straight into the world of work after graduation, without a library or a seminar room to hide in, the pressure to get a job can be overwhelming. There’s a tendency to apply for anything and everything just to feel productive, to feel as though we are giving ourselves the best chance of getting something. It’s the law of averages, isn’t it?

Actually, most of the time it’s quality over quantity. Apply for jobs you really want, and for jobs that suit you. Otherwise, it’s natural that you’re going to receive more rejections from companies that simply aren’t for you, which can be disheartening. It’s worth holding out for the right one, and the right one will snap you up immediately.

Don’t lose yourself in the midst of the applications

The need for a job, for experience, for the university place, it can be all-consuming. It can chase you in your nightmares, be one step behind you, breathing over your shoulder. It’s easy to become enveloped by so many imposing demands.

Keep some time aside to do the things you enjoy- exercise, socialize. Do whatever makes you happy. Because being a job application zombie is no good, and it´s just guaranteed to make you feel more stressed out.

In fact, those little activities that seem like nothing more than a bit of leisure time can actually end up benefitting your application.  I know several people who have added their university societies, their sports teams or their general hobbies to their CV and it has caught the eye of an interviewer and given them the edge over other applications. It’s a win-win.

When the rejections seem to be coming in thick and fast, and it feels like the entire job market is against you, remember the two golden rules.

Think about it, if J.K. Rowling had accepted her first rejection, there’d be no Harry Potter, and frankly, that’s a world I just don’t want to live in.