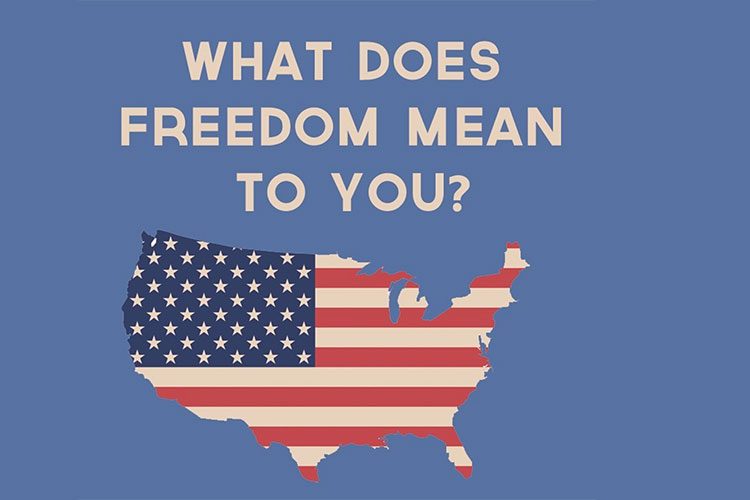 What does freedom mean to you? | via @jessicayellin Instagram

Political journalists. We watch them on television, read about them in the papers, and even tweet them. But, we don’t really know who they are. More times than not, we judge people on their political views and we don’t realize that there are other things in their lives that they are passionate about, such as writing, animals, and their families. One of the greatest things about Instagram is that one picture can say a thousand words.

Rachel Maddow is the host of the Rachel Maddow show on MSNBC, a published author, and the first open lesbian to anchor a major prime time show in the United States. She graduated from Stanford University with a Bachelor’s Degree and received a Political Science Doctorate from Oxford University.

Chris Hayes, is the host of All in With Chris Hayes, published author, and editor-at-large of Nation Magazine. Married to his wife Kate since 2007, they have three beautiful children together.

Karine Jean-Pierre is a Lecturer in International Public Affairs at Columbia University, writer and political analyst for MSNBC. She credits her Haitian born parents who immigrated to America for her success. Openly gay, she is also an activist for human rights.

Also Harvard educated, Jessica is described as one of the most influential women in Washington. She was the Chief White House Correspondent for CNN from 2011-2013. She has now taken to Instagram to coin the #newsnotnoise movement, posting videos on Instagram to show the real side of the news, in an understandable manner. In her spare time, she likes to travel and spend time with her family.

Philip Rucker holds a Bachelors degree in History from Yale University and is now a reporter and the White House Bureau Chief at The Washington Post. He is a Pulitzer Prize winner and also a strong supporter of gay rights.

Natasha Bertrand was educated at Vassar College and the London School of Economics. Fluent in Spanish, Natasha is the national security correspondent at Politico, as well as a NBC News and MSNBC contributor. On her Instagram, she makes it clear that she is also a lover of golden retrievers and very into running.

Christiane Amanpour is a British-Iranian reporter, CNN Chief International Anchor, Host of CNN Int’l and PBS’s nightly global affairs program. She is fluent in English and Persian. Fun fact: she has made a few appearances in movies such as Iron Man 2 and The Pink Panther.

Nick Robinson is a British reporter and currently a presenter on BBC’s Today program. He is a Manchester United Fan, sailor, and lover of theater and the music group Queen. He and his wife Pippa have been married since 1991 and they have three children.

Joy Reid is a national correspondent at MSNBC, host of AM Joy, published author, and Harvard graduate. Married to Jason Reid, the two have three children together.

Mika Brzeniski is an author, and co-host of Morning Joe with her husband Joe Scarborough. She is a fighter for women’s equality in equal pay. Mika has two children with her first husband but also considers her job her third child.