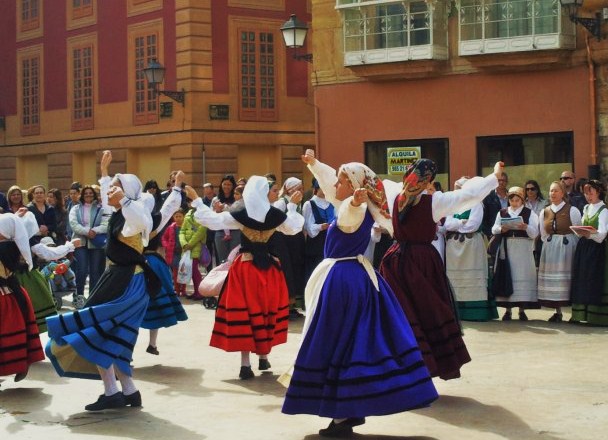 OVIEDO, SPAIN. Studying abroad in Oviedo, Katy Stewart developed a fascination for all things Asturian. She is back in England now, but can’t wait to return to Spain to work, study, teach English – or all three!

What got you interested in coming to Spain for your Erasmus? Why Oviedo?

Katy Stewart: I started learning Spanish when I got to university because I was fascinated by Spanish culture and thought the language was gorgeous, although I knew next to nothing about either. Sure enough though, after an intensive year of language learning plus cultural studies, I knew I had made a good choice. My Erasmus year was split between France and Spain, which was a whirlwind of a year, but it was absolutely brilliant. I chose Oviedo because I wanted to be somewhere without too many English expats or tourists so that I would have to speak Spanish. I had never heard of Oviedo before and it was definitely not on the radar of British sun-seekers. I have to admit that I didn’t know much about it at all before I got there, but I very quickly fell in love. 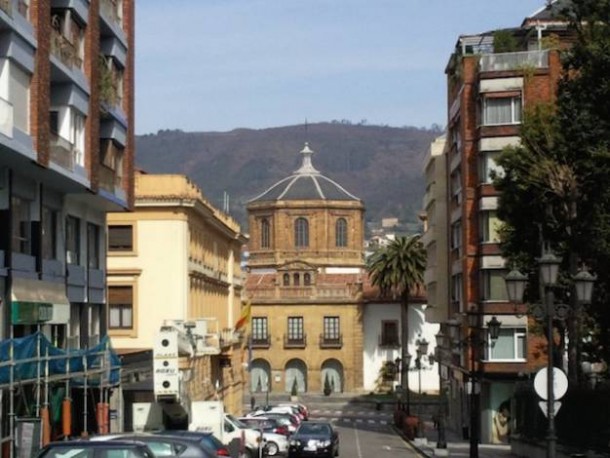 In general terms, I love the pace of life in Spain: the siestas and late lunches, sipping a café con leche and watching the world go by, the sense that life is to be savoured one moment at a time, not rushed through at breakneck speed. Because of the time I spent in Oviedo, I have a great fondness for the Asturian culture. Asturians know how to enjoy life – they have a little piece of paradise which is rarely disturbed by foreign visitors and they take great pride in looking after it. From exuberant festivals to weekend strolls in the park, life in Oviedo is heavenly. I also love the dramatic landscape of Asturias – while it doesn’t have the sundrenched Mediterranean beaches of the Costa del Sol, the verdant mountains and rugged Jurassic coastline more than make up for it. 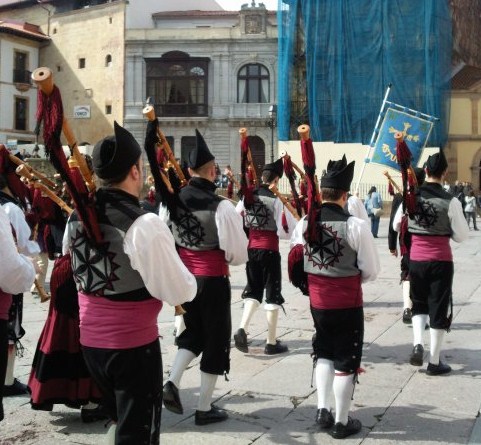 What are some cultural highlights you got to see while living here?

Asturias has a strong Celtic heritage, so one highlight has to be the traditional parades of bagpipe players and folk dancers on festival days – or at any given opportunity! Oviedo is a real cultural gem – there is a real artistic streak running through the city, with sculptures and statues dotted around. The sidrerias are really fun places to spend an evening, enjoying traditional cider and inexpensive, simple Asturian cuisine. Further afield, the town of Astorga is a cultural delight, with one of Gaudi’s best works – the Palacio Episcopal – and a museum dedicated to chocolate. In Madrid, my favourite area has to be the museum district – seeing Picasso’s Guernica in the Reina Sofia Museum is one of my outstanding highlights of Spain. 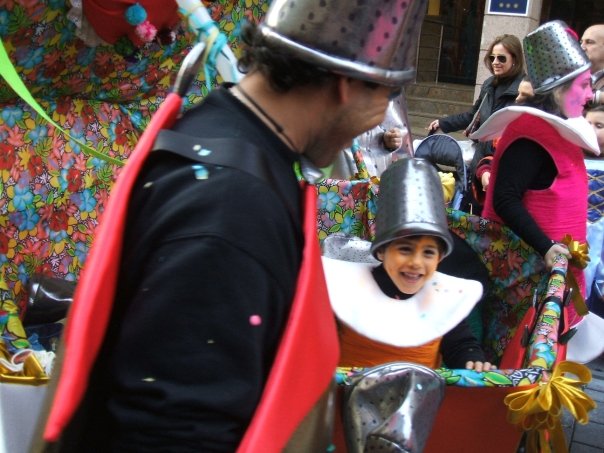 Do you have any advice for people traveling and/or living in Spain, but on a budget?

I found that some of the greatest pleasures in Spain were free – almost every weekend in Oviedo there was something going
on. Whether a big national festival or a local event, there was always plenty to see and do. It is also a really great way to get involved with local life and culture. For anyone visiting Madrid, there is no reason to pay to visit the major museums. The Prado offers free entry for a couple of hours every evening and it is a great thing to do before dinner; the Reina Sofia is also free on Sundays and Saturday afternoons For travelling around Spain, I found the bus network to be very reliable, comfortable and cheap – I used coaches far more than trains to get around. You can book online on the Alsa website for cheap advance fares. 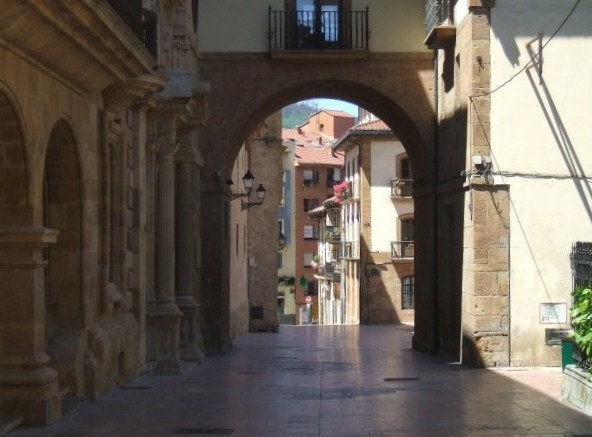 You mentioned you would like to come back to Spain in the future. Where? To work, or study, or teach English?

Living in Spain was a revelation – I just fell in love with everything about it. Now that I am back in England, I miss Oviedo a lot and I can definitely see myself moving back one day. However, I haven’t been to the south of Spain and have a real desire to explore Seville, so I’d also like to spend a bit of time there. I’m working now, but I’m considering doing a Masters in the future, so I’ll definitely look into the possibilities of studying in Spain. I love teaching as well, so I might end up doing all three! I’m not ready to settle down anywhere yet, I’m enjoying the freedom to travel and see a bit more of the world, but in a few years, I may well make Spain my permanent home.

Originally from Salisbury in the UK, Katy Stewart is a freelance writer with a sense of wanderlust. She writes for several travel websites and is currently planning her next adventure to South America. You can read more about Katy on her blog, Postcard From the World.