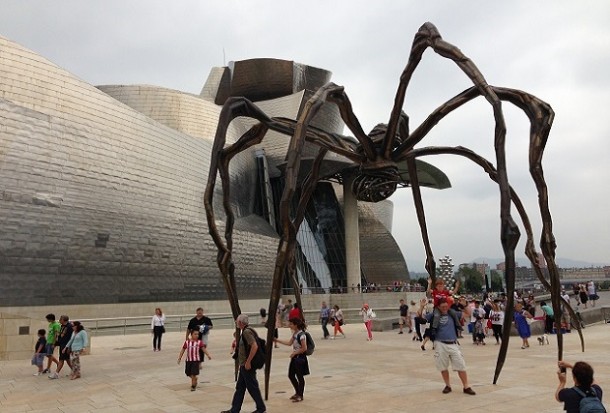 Don’t Judge a Museum by Its Building

Case in point: the Guggenheim Museum in Bilbao. Without doubt, the building itself is spectacular. When drawing the first architectural sketches, Frank Gehry never put the pencil down – hence the building flows from one floor to the next, the museum’s audio guide informs. 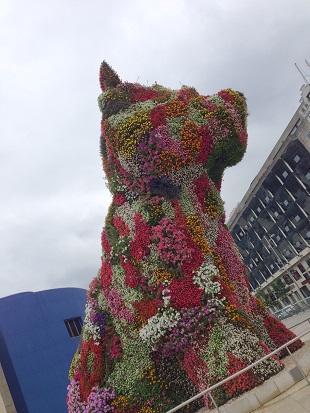 It’s really too bad that the museum is walled in by the river, a bridge and an eclectic mix of further buildings. A construction of this sort would be more appreciated if it could be admired in its entirety; in fact, it would impossible to photograph the building without some other structure in the back- or foreground, be it the Jeff Koon’s oversize flower dog or the bridge on the other end. 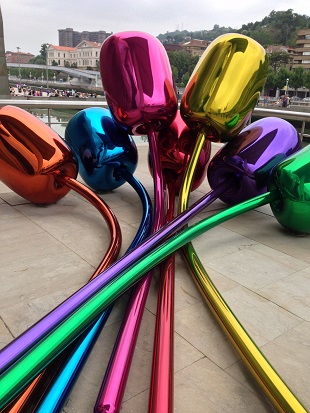 To enter the museum, a whopping admission of 13 Euros per person awaits you. It appears this is to pay for the cover, not the content; apart from the architecture, the museum has hardly any significant art to boast. Jeff Koon’s works get old when there is no other worthwhile permanent collection on view. Temporary highlights might include a Picasso or two, so make sure you check the rotating exhibition schedule before you go. The works can come either from the Guggenheim in New York, or other museums worldwide. 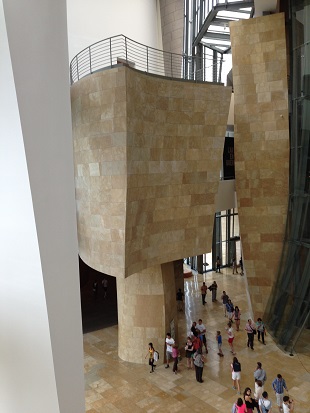 Interior of the building

If you’re coming with a disabled person, be prepared for a bumpy ride; the main museum entrance is not accessible with wheelchairs and you’ll have to stumble down a staircase where a short ramp is attached to each stair – instead of making one smooth ramp to go all the way. One gets the impression that the architect forgot the wheelchair entrance and that it was added later one, a practical failure that shouldn’t be forgiven no matter how beautiful the building is