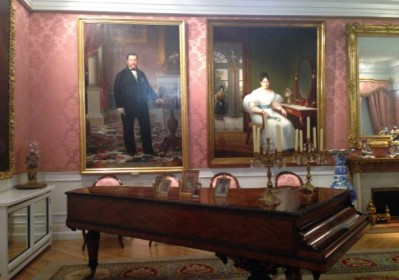 MADRID, SPAIN. After having lunch with my friends at a small café outside of metro station Alonso Martínez, I decided to take a walk around the are, just to explore. And to my surprise, I discovered what is now my favorite street in Madrid: Calle de San Mateo. At first glance, San Mateo might look like any other ordinary street in Madrid with small houses and very narrow sidewalks. However, when I actually take the time to walk along this street, I realized that it was much more than just some ordinary street.

By chance, I noticed a beautiful building with big, open doors that welcomed people to “echar un vistazo” (how the Spanish say, “have a look”) inside. Out of curiosity, I did. Once I entered the building, I found out that this antique and welcoming building is actually the Museo Nacional del Romanticismo.

The entrance fees is 3€ per person (although if you go on a Saturday afternoon, entrance is free) so I purchased my ticket, which comes with a manual guide, and spent the next two hours exploring the museum. Originally, the museum was an 18th century house. Rooms like the bedroom, guestroom, salon and others have been converted into parts of the museum. 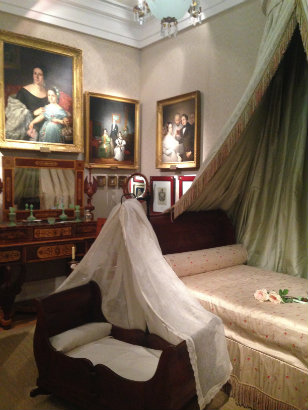 As I walked through, I realized that the intention of the house owner was to display his wealth and social status. All the rooms are not only decorated with beautiful and charming paintings, but they are also filled with decorative objects such as statues, candleholders or chandeliers. Because the focus of the museum is the Romantic Age, many of the articles displayed (old books, pianos and harps) are there to demonstrate the intellect of the owner to visitors. I was very pleasantly surprised by my discovery and highly recommend this museum. Why not give it a chance to show you a slightly different way of life? 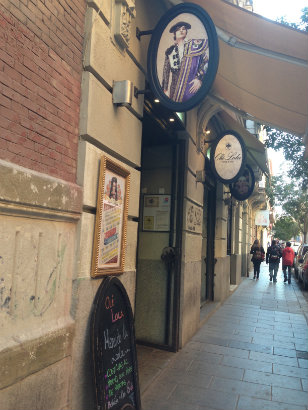 As I walk out again onto San Mateo and into the still shining sun, preoccupied with what I should cook when I get home, I happened to see a sign for Olé Lola, Tosca & Chill. Checking my bag, I found I had the perfect excuse- The Alchemist by Paolo Coelho. So, I spent another two hours inside the chic/chill café. This is a great place to go to relax with a book, as I did or have a drink with your friends. Although I was very tempted by their menu of the day – two dishes, a drink and a desserts or a coffee for 9€ – I decided against it and opted for a simple café con leche instead. When I came in, there were only a couple of people inside eating and talking with their friends. I imagine that this place is very trendy during happy hour because it gives off young vibes that serve to make this place seem even cooler. The waiter also informed me that they have after work parties, which start around 6pm and go until 10pm every Wednesdays and Thursdays, which is always good to know! Check it out here.

Last, but definitely not least, there is this very hipster-alternative store called La Poupée just a couple of houses down from the café. Although I didn’t spend too long there as I am not a big shopper, I absolutely fell in love with almost every piece of clothing in the store.