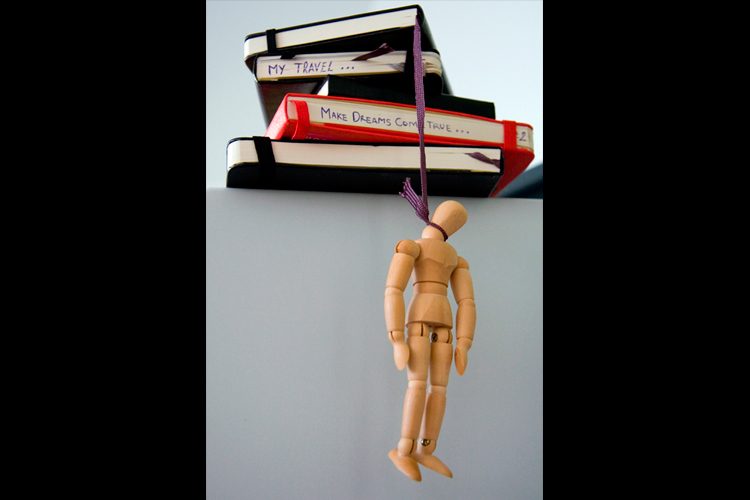 It was Nick’s* first year at college. He was studying to be an engineer. In his free time, he played jazz and read science fiction. One morning, his classmates found him hanging in the dorm’s bathroom. Another closed case in the history of college suicides.

More than 1,100 students at U.S. college campuses commit suicide per year. At the same time, hara-kiri rates are rising among university students in Japan, Korea, Italy, Hungary and beyond.

A minority of these students are athletes, but almost all of them are fiercely competing. Pushing body and mind to the limit. The rules of the game: maintain a 4.0 grade point average, become the leading figure in a campus group, work a part-time job, score a top-notch internship during the summer. To minimize student debt, graduate from a four-year program in two-and-a-half years. And don’t forget to go to the gym; twice a day is better than once. Insatiable ambitions reflecting the consumer-oriented mentality of the world we live in.

For some students, the close-knit cohabitation at college bonds them with one another. Classes and campus activities promote interactive learning experiences as well as the acquisition of new skills. “You’ll make friends that last a life-time,” parents tell their children. Many students do form a network to share happiness and sadness, fun and stress. Up and down, trial and error – college is the time to experiment. But for those without a net to catch them, the experimental challenges can go too far.

This loss of control, however, isn’t always visible to the outside. Prozac, Zoloft, Retalin and Ambien are on hand everywhere, but nowhere to be seen. Students dress to impress and wear the mask of the triumphant. Often you can’t tell who is really happy and who is faking it. Keep your suicidal urges to yourself, or the university will ask you to leave, as a recent TIME magazine article reports. From Cornell to Wright State University, parents, on the other hand, have started to sue colleges for their children’s suicides.

In the 1960s and 70s, the American Dream promised a reward for those who excelled. With the economy in full bloom, the youth had a prosperous future to aspire to. Tears, panic attacks and drugs were accepted as part of the struggle – the successful had to endure their share of suffering. Suicides were a sacrifice made on behalf of society’s advancement as a whole.

Now, colleges continue to provide a world-class education. But on a macro scale, the scenario has changed. The United States is no longer the world power; the BRICS are taking over fast. As the financial crisis is spreading from continent to continent, there are not enough jobs for the graduating army of academic overachievers. Enriched with knowledge, but burdened with student loans, the rosy future of today’s youth threatens to include faded food stamps and mobile homes. A potential alternative: going back to school, getting another degree. To advance, but where to?

It would be utopian to propose that mankind should re-center its ambitions and instead focus on peace and love. Competition and Darwinian natural selection are part of the human condition; Eve asked for it when she bit into the apple. Suicide, likewise, is too extensive, too intricate of an issue to solve in a simple-step process. However, to minimize the percentage of college students affected, change can start on a micro scale.

What did Nick sacrifice his life for? He consciously ignored the helpline stickers – did they not offer him a means of assistance? Among the thousands of fellow students – did he feel anonymous and thus alone? Would smaller class sizes have helped him make friends to confide in? If a counselor or faculty member had actively approached him, would he have spilled out his heart? Did his family pressure him to succeed? Could they have been more supportive? Did he actually want to attend university and become an engineer? Or was he troubled for reasons that had nothing to do with college?

As is the case with countless other young adults who decide to take their lives, Nick’s suicide leaves many questions open. One response, however, is quite possibly true: Nick failed to meet the demands and resist the pressures of today’s society. Our society, in turn, failed Nick, and continues to fail many others, by not offering them a life they could have considered worth living.

* Names have been changed.