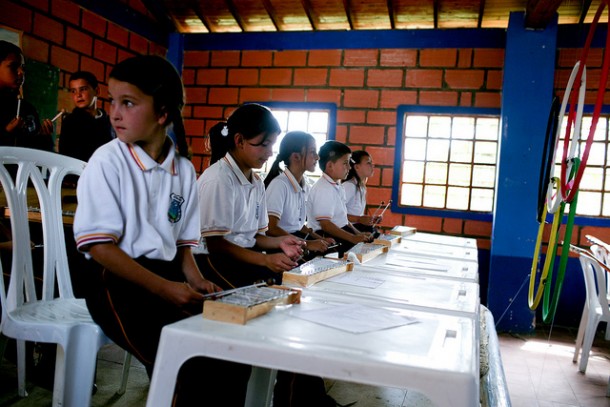 I have a confession to make; I am a simple man; I’m not super clever, or witty, I’m not good with money, science or art and I certainly can’t sing but I was a good teacher. I spent 20 years of my adult, working life in various classrooms in the UK, working with children who often came from tough backgrounds and all of whom were under 11 years old. I guess that means that if I have a strength its communication; human interaction to be more specific.

It is undeniable that globally, education is in a bit of a mess, and before anyone asks, I think that that is true in the recognised ‘high flying’ countries as much as countries such as England, the US and Spain; maybe even more so. You see, the more I see, the more diverse my own world becomes; I now work across all sectors exploring leadership and change, and the more I realise how badly prepared, even the brightest graduates are unprepared for the world of work in the 21st Century. This is something explicitly explored in the OECD Skills Outlook report, published in October 2013. The report cites a number of very provocative issues that need to be urgently addressed if we are to fulfil our moral obligation and educate our children for their futures.

Firstly that the education system must recognise that the era when young people needed to develop routine cognitive skills as a priority, is over; above all things, young people today, need to develop high level interpersonal skills; a point powerfully underlined by the thoughts of Steve Wozniak, the co-founder of Apple. I was fortunate enough to meet him recently and two things he said during our conversation resonated. The first is his belief that what you learn is nowhere near as important as how you learn. The second, is the fact that when he and Steve Jobs created Apple they had a mantra that was; we will never employ anyone who needs managing.

The report also states that too many nations today have education systems obsessed with preparing children to pass tests in order to gain formal qualifications, rather than giving young people the core skills they need to be employable. This leads into the third issue, which is that 21st Century workers need to be able to learn, adapt and change; not core to most education systems’ curricular or policy making.

The fourth point is that there needs to be far closer links between the world of work and the world of education if things are ever to improve; which, in my opinion means we need to spend less time asking Universities to control education and more time nurturing meaningful relationships between the often disparate sectors of learning and work.

I think that core to our challenge is this; we continue to spend too much time and resource on trying to mend a system rather than transform it. We have allowed education to become too political which has led to the polarisation of ideas, philosophies and vision; sadly the people we are damaging are our kids. Please let’s remember that it is their future, not ours.

We need to start again by understanding what the future looks like and building a system worthy of that challenge. At another recent meeting, Eric Schmidt; the Executive Chairman of Google said to me that Google was always most successful when it generated new concepts, not when it tried to replicate or refine other people’s ideas; and there it is in a nutshell. The current system of education was designed by other people, long gone for a previous iteration of the world. It’s time we stopped trying to refine it, it’s time to start again; fresh, to look forward and build a concept that is new and built on a vision for tomorrow.