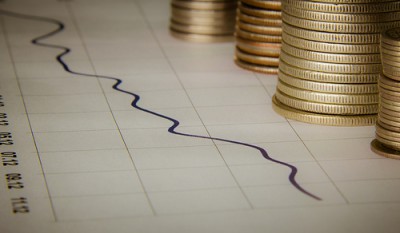 “In the summer of 1931 a Labour government suddenly sagged at its knees and fell dead. High finance had killed it as high finance will kill the next Labour government, and the next again, unless be times the creation and withdrawal of money credit comes to be regarded as a State service which the Nation would no more dream of farming out as a job line to a company promoter than it would dream of farming out the Navy.” – Thomas Johnston, The Financiers and the Nation (1934)

U.S.A. What economic crises demonstrate is the fragility of financial markets. In the past, particularly in the case of the Wall Street Crash of 1929, a devastating economic crisis was met with a push by the United States Federal Government to alleviate the impact of finance capital markets on the rest of society; the defining legislation of this time is the Glass Steagall Act of 1933. The legislation effectively separated commercial and investment banking and insured banks deposits whilst also protecting the depositors by banning banks from speculating with their savings. There is nothing undemocratic about pushing through radical reform.

However, what has happened in the wake of the most recent crisis is that there have been more arguments against regulations of financial markets than there have been in favour of the public taking control of their economy. I am yet to see any mainstream politician or commentator articulate anything close to the thoughts of Thomas Johnston, quoted above. Whereas after the 1929 crash you had sentiments like that of Johnston, who was not a fringe player, these days you get only minimal arguments for reform. Whereas after the 1929 crash the Democratic President of the United States pushed through sweeping and radical reform of a banking system so as to protect ordinary people from the damaging effects of financial busts savings, these days Americans have a president who appointed, and re-appointed many of the same people who were intimately connected to the crisis. The objective now appears to be to maintain the system as it is without implementing any major regulation.

The vast difference in responses to the 2008 crash and the 1929 crash shows that the agenda now is not protecting people from the dangerous excesses of capital markets but is about maintaining market confidence at all costs. The consequence of this means that the underlying causes of the crisis are swept under the rug – which effectively means that what happened will happen again. Unless government realizes that they in fact have the capabilities to fight the financial industry, the financial industry will continue to behave like a spoiled teenager suffering from “Affluenza”; constantly undermining the rules with no conception of right or wrong and expecting, even demanding, preferential treatment ever increasing bailouts from the taxpayer when they inevitably get into trouble. As economist Paul Krugman states, “in short, in the age of bubbles…..is that when the financial industry is set loose to do its thing, it lurches from crisis to crisis.”

Government has facilitated the wants of high finance for far too long and what has resulted from this is a world in which people, and politicians, perceive the government as toothless and the financial sector as in control of the democratic process, this in turn means that more people are disillusioned with politics and feel abandoned by politicians. This retreat from the political process then leaves a further vacuum, which the money power is more than willing to fill and this leaves people confused as to who exactly their politicians represent.