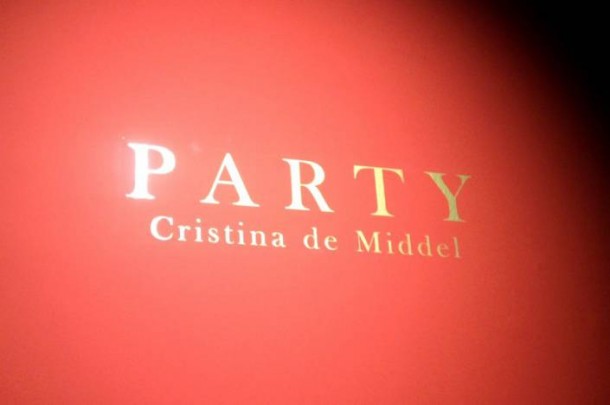 “If There Is To be a Revolution, There Must Be a… Party”

MADRID, SPAIN. Quotations from Chairman Mao Tse-tung, more commonly known as the Little Red Book, is the second most published book in history, after the Bible. Between 1964 and 1976, over 1 billion copies were printed, yet today it can only be found in certain Chinese tourist vendors.

Cristina de Middel, one of this year’s artists for PHotoEspana, has created a modern documentary-style acknowledgement of the Little Red Book, incorporating a backdrop of Chairman Mao’s communist dictatorship in the 1960s and 70s in order to underline the real nature of communism in China today.

‘Party’ is a collection of diptychs each combining a censored quotation from the Little Red Book with a photograph of modern day China. The idea is to remove parts of the quotation that are no longer relevant in today’s society, leaving cuttings of text which correspond to their adjoined photo. Referring to various contemporary issues, the pieces range from provocative to uplifting and all have a sense of satire.

One particularly disconcerting piece depicts a gun aimed at a heart-shaped cluster of balloons, with the caption:

“Peace-loving people of the world… Is the enemy”

De Middel’s deliberate manipulation of the text interrogates the ideology of the Little Red Book and suggests the actual repercussions of its influence – an example could be Chairman Mao’s killing of counter-revolutionaries during his reign. Whilst some pieces are light-hearted, there is an ongoing sense of foreboding reminding us that China may well have progressed and modernised, but injustice and oppression still exists.

Throughout the collection, certain pieces depict symbols of Chinese society today, for example; a Ping-Pong table. By using contemporary western clichés of China, de Middel makes both a political and cultural statement, yet does so in a way that is easily comprehensible for a western audience. The image innocuously represents Chinese culture, yet its caption ‘change…the enemy’ reminds us of the ongoing political and social struggles its people face.

Despite these serious issues raised, the overall satirical and rebellious tone of de Middel’s collection cannot be ignored. The title of the collection and the feature piece ‘If there is to be a revolution, there must be a… Party’ supports the rejection of oppression in China today and the celebration of individual freedom.

‘Party’ is a unique and inspiring collection and is well worth a visit during this year’s festival.