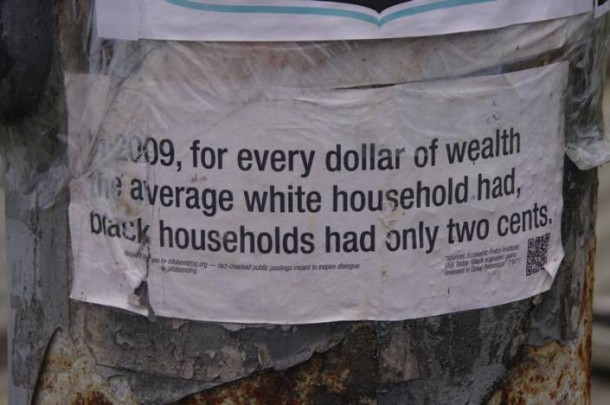 Is Income Inequality a Bad Thing?

U.S.A. Income inequality in the United States has become a topic of great debate in politics. President Barack Obama champions change in the ever widening gap between the richest Americans and the poorest. Critics of income equality call Obama a socialist, and in extreme instances, even a Marxist according to Rick Santorum. The political arena has become the forefront of debate for income equality. Politicians often dismiss peoples’ well-being when examining the effects of a widening income gap. Therefore, is income inequality actually hurting anybody?

President Obama realizes the inequality will only worsen, for lack of a better term, if nothing is changed. Americans are working too hard to simply get by– destroying the thought of trying to get ahead. This in turn leaves Americans in an endless cycle of disparity.

With the rising cost of education, it is becoming more difficult to rise in the economic ladder. Sources indicate that the median household income in the United States is about $50,000 dollars. Annual tuition for a public school in California is about $32,000 dollars, in comparison to a private school whose tuition is about $50,000 annually. These figures would consume more than half of, if not the entire annual income of a family just for one year of schooling for one child. The high cost of education forces families to seek alternative options to making money despite the correlation in incomes and education.

According to Alan Krueger, “Inequality in incomes is causing an unhealthy division in opportunities, and is a threat to our economic growth.” The thought of those who are against income inequality is that there is no incentive to work or envision if there will be a payoff– the sort of economic threat Alan Krueger is referring to.

Critics of income equality claim there is no problem with income inequality if there is equal opportunity. This concept at first glance almost seems paradoxical. How could it be that one could have equal opportunity when the disparity is ever growing?

The answer is that social benefits have improved for everybody. That is to say if the standard of living increases for one it increases for all. Specifically public education has bettered for everybody. Public schools have become easily accessible to students of all economic backgrounds. The public school system rewards based on merit– the harder one works, the further one will get in life. Granted this only accounts for grades K-12, however there are also merit based scholarships which complement need based students easing the process of obtaining a four year degree. The playing field of education has definitely been leveled as much as it could be. This does not insinuate that the path to success in the modern age is solely based on education, but the main path to success in the modern age is in fact education.

The fact of the matter is that the poorest individuals are better off now than they were ten years ago. The widening of the the income distribution does not necessarily mean anybody is worse off. There is no correlation that proves a widening income gap makes the poor worse off and there is much less any causation that indicates so.

In all, income inequality is not inherently an undesirable thing. Income inequality is the result of a free market economy in which individual labor is rewarded. With modern education systems it is not impossible to climb the economic ladder. As long as the poorest of people are better off than they were ten or even twenty years ago, there should not be a problem with income inequality. The ultimate problem is opportunity inequality which has been mended to a better level through educational opportunities.

The reason inequality exists is because of different amounts of effort and ingenuity. Granted wealth does not always reflect work ethic but in our free market system a means of obtaining wealth is through hard work and persistence.