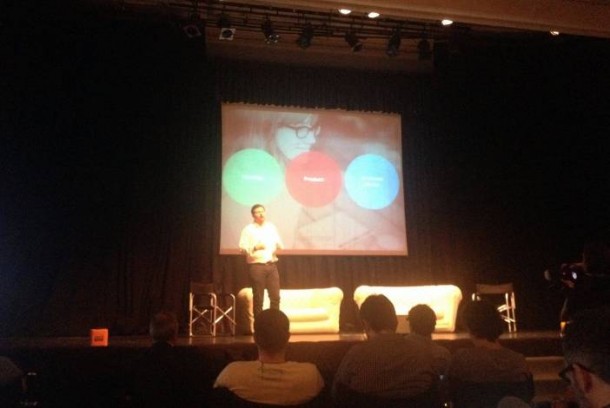 MADRID, SPAIN. Day two of ‘Startup The Fusion’: a Nordic based event, inviting innovative start-up companies from across the globe to share their stories of progress and success with a varied audience of entrepreneurs, investors and the general public. One of the many talks of the day focused on businesses aiming to use their product for educational purposes. The featured start-ups ranged widely, from a group of neuropsychologists hoping to help children with learning disabilities, to a company with the wild idea of teaching coding to kids. Yet, the common aspect of all of the start-up presentations was the focus on technological platforms as the basis of their product.

The first start-up to take to the stage was an e-book store-come-library called 24symbols. Since its creation in 2010, the company has gained working relationships with around 800 publishers, has 100,000 e-books available and has 500,000 users in 8 different countries. The stand-out feature of 24symbols is their recognition that not everyone has access to e-books on their mobile devices if they do not own a credit or debit card. Their solution to this is a subscription system whereby users can buy e-books online using their mobile telephone carrier. 24symbols has partnerships with numerous mobile carriers that agree to offer this product to their users. Whilst the claim that not all e-book users have access to a credit or debit card seems dubious, since they surely had a bank account of some kind in order to purchase the device in which to use the e-book, the idea itself certainly stands out and offers readers an alternative, and potentially easier way to buy books. The company’s new project regarding education is focussed on working with schools and libraries in order to promote their service to young people and particularly students. A key aspect of the application is the ability for each user to create their own ‘bookshelves’ which can be personalised according to genre, author, or simply the user’s favourite books. Through social media, they can then ‘share’ their bookshelves with other users, creating a social activity which will increase readership for authors and can ultimately help students to find new books and expand their research whilst studying.

Another notable presentation was from Monkimun, a Spanish based multi-language-learning application aimed at young children. Referring to their company as ‘a bridge between Toca boca and Duo Lingo’, two applications of a similar nature, the speakers stressed that whilst many gaming applications are aimed at children and many learning applications are aimed at adults, Monkimun combines both the gaming and learning aspects to create a children’s activity which is both educationally valuable and entertaining. The example activity given was a puzzle aimed at 8+ year-olds, teaching Chinese symbols through digital drawing activities and picture association. This simple yet innovative idea embraces the modern digital era, in which children are inevitably obsessed with technology, yet also uses today’s available tools to promote language learning and stimulate healthy brain activity.

The final start-up presentation was from Robophone, the previously mentioned Hungarian company aiming to teach coding to children. Quoting the UK government’s soon to be enacted legislation which will make Programming lessons mandatory in secondary and primary schools, the speaker for Robophone emphasized the importance of learning coding in today’s society. The application allows children to create a number of codes through colorful symbols and pictures, which then enable a tablet-sized ‘robot’ to move around the floor. The application itself is free and can be used alone, although it would not hold a child’s attention for very long, and the robot will cost around 120 euros. The teaching of coding was later on brought up by Peter Vesterbacka from Rovio, as the Angry Birds Fun Learning initiative also has a large focus on the importance of programming for future generations. I personally fail to see the necessity in teaching coding as a life skill to such a young age group (children as opposed to teenagers), despite the ever-increasing presence of digital technology in our daily lives. Whilst new technology opens many doors for businesses and individuals alike, future generations risk becoming reliant on technology and unaware of other forms of entertainment, communication and learning. Having said this, the speaker assured that the ‘coding’ in question is not particularly advanced and is more aimed at teaching the concepts of coding, such as how to build an algorithm.

In all, the presentations given by each start-up company offered new and creative ways to learn, catering for specific educational needs and adapting to modern digital technology.