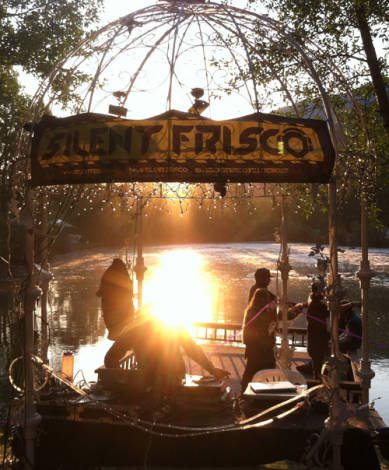 SAN FRANCISCO, U.S.A. The idea of dancing and partying with the sand between my toes until the sun goes down with friends appeals to every fiber of my being — along with about 2,000 other people.

On Sunday, June 8th, 2014, Sunset Promotions put on the successful Silent Frisco event on Ocean Beach in San Francisco. With 1,500 to 2,000 people in attendance, “The event was as good as any event I’ve ever been… nothing went wrong” said Founder Robbie Kowal.

Silent Frisco at Ocean Beach was an outdoor event open to all ages on the beachfront and boardwalk, where headsets wired with radiowave transmitters picked up two channels of live DJ sets without disturbing the surrounding neighbors.

The idea to use headsets is debatable but most likely started in Europe — think Germany, French and Netherlands. According to Kowal, the Dutch coined the world Silent Disco. However, Kowal Dj-ed the first silent disco at Bonnaroo in 2006 as a punishment after being the resident DJ for about 8 years; which turned out to be a huge success. 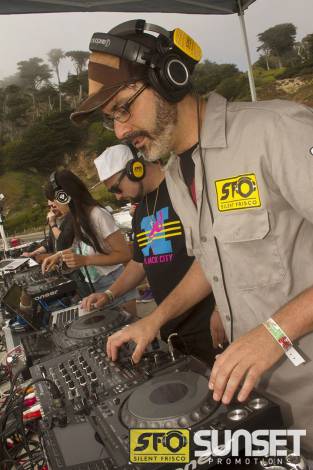 At the same time Sunset Promotions was receiving complaints from the neighboring residents for their annual North Beach Jazz Fest as being a noise disturbance and was threatened with a shutdown of the festival. Kowal put two and two together and voila! Silent Frisco was created.

Eight years later Silent Frisco plays at festivals, social events, weddings, subways and clubs all over the United States with the focus as an artistic experience between the music and the listeners.

“The focus is not money or partying, although we throw a mean party. Perfection in the details drives all phases of production for us” said Kowal. The team members work together to produce an experience unlike any other.

And my first Silent Frisco event was exactly that. On that beautiful Sunday, the unbelievable atmosphere of thousands of people dancing and sharing in a special moment that lasted hours is what the Sunset Promotions teams works so hard for.

Silent Frisco and Sunset Promotions are planning major expansions that will be announced soon.