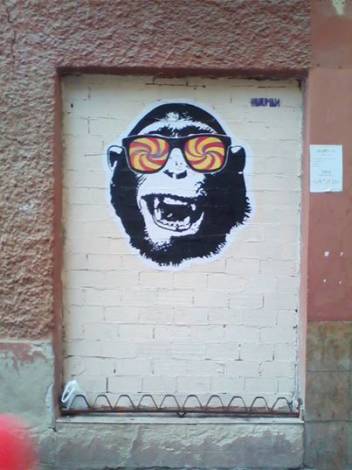 Málaga: A City of Vibrant Colors, People and Food

MÁLAGA, SPAIN. Malaga is a wonderful city located in the region of Andalucía, Spain. The beautiful city is known for many things: the birth place of Pablo Picasso, the phenomenal beaches and the delicious fresh sea food. I went to Malaga in late June, during the height of the tourist season. The city truly has a lively but relaxing atmosphere.

The city has something to offer for every type of traveller. For example, there are many museums to visit. When I visited I went to the Museum of Glass and Crystal, which is probably the most popular museum in the entire city. The Museum has exhibits of different kinds of glass, from stain glass to beautiful sparkling crystals. Portraits and many other interesting items can be found in the museum. One perk of the tour is that the owner of the museum gives a guided tour himself.

Pablo Picasso one of Spain’s most famous artists was born in Malaga. There is a museum dedicated to the life and work of Picasso. The Picasso museum is one of the most beautiful museums I have ever seen. The outside is made of neatly stacked together bricks and the inside is uniformly painted an off-white color, bringing a modern yet sophisticated look to the museum. The museum has primarily early works of Picasso with a few pieces from his later work.

The streets of Malaga are vibrant with colors and music. On my way to my hostel the first night, I saw a group of street-performers performing Elvis Presley’s “Hound Dog.”  The group was made up of five young performers dressed in hip clothing. Later in the day, I came across a street performer using only pots and utensils to create surprisingly sophisticated sounds. Malaga is a great place for music lovers as well.

There is a lot of art in the city, art work such as graffiti and murals can be seen on almost every street corner. On Calle San Agustin there are many contemporary murals. Murals that aren’t typical. These murals use cartoon-like characters as subjects, creating a futuristic look.

There are many traditional places to go. The Malaga cathedral is arguably one of the most beautiful is Andalucía. The cathedral is so large that one must be at least a street away to see the entire building at once. Since the city is located along the coast of Spain many people enjoy going to the beach to take a cool dip in the Mediterranean Sea.

Malaga is a city made of vibrant colors, people and food. There is something for every type of person. There is so much in Malaga, there is history, art, architecture, music and an infinite amount of other things for people to do. Malaga is definitely a city worth visiting.