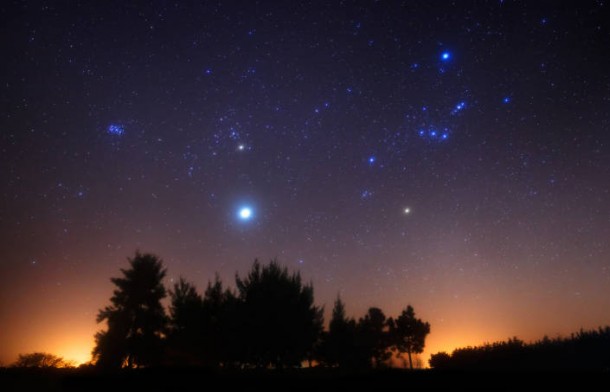 U.S.A. Bong Wie is the Vance Coffman Endowed Chair Professor of Aerospace Engineering and the founding Director of the Asteroid Deflection Research Center at Iowa State University. In 2006, the American Institute of Aeronautics and Astronautics (AIAA) presented Professor Wie with the Mechanics and Control of Flight Award for his innovative research on advanced control of complex spacecraft such as agile imaging satellites, solar sails, and large space structures. He is the author of an AIAA textbook Space Vehicle Dynamics and Control (second edition, 2008).

You are currently developing a hypervelocity asteroid intercept vehicle (HAIV) that could help deflect asteroids. How exactly would this vehicle work?

Dr. Bong Wie: The proposed HAIV flight system basically consists of a fore body  (a leader spacecraft) to provide proper kinetic-energy impact crater conditions for an aft body (a follower spacecraft) carrying a nuclear explosive device (NED) payload. The proposed concept exploits the inherent effectiveness of a subsurface nuclear explosion for NEO disruption.  It is known that a generic 300-kt nuclear explosion  at 3-m depth of burst has  the ground-shock-coupling enhancement factor of  approximately 20, which is equivalent to a   contact burst of approximately 6-Mt. It is expected that the most probable mission scenarios will have a mission lead time much shorter than 5 years. Direct intercept missions with such a short warning time will result in arrival closing velocities of 10 to 30 km/s with respect to the target asteroid. Given such a large arrival delta-V requirement, a rendezvous mission to the target asteroid is infeasible with existing launch vehicles. Furthermore, state-of-the-art penetrating subsurface nuclear explosion technology limits the penetrator’s impact velocity to less than approximately 300 m/s because higher impact velocities prematurely destroy the nuclear fuzing mechanisms. Thus, the proposed HAIV system could help successfully disrupt, not deflect, asteroids with short warning times (< 5 years).

If we have sufficient warning times (> 10 years), the use of nuclear explosives may not be needed. It is expected that the most probable mission scenarios will have a mission lead time much shorter than 5 years. For such short warning time situation, the use of nuclear explosives becomes the only viable option. Despite the uncertainties inherent to the nuclear disruption approach, disruption using NEDs can become an effective strategy if most fragments disperse at speeds in excess of the escape velocity of an asteroid, so that a very small number of fragments impacts the Earth.  Thus, the proposed HAIV system carrying NEDs will become essential for reliably mitigating the most probable impact threat:  NEOs with short warning times (< 5 years).

What current technology is in place to prevent such disasters?

Various NEO “deflection” technologies, including nuclear explosions, kinetic impactors, and slow-pull gravity tractors, have been proposed and examined during the past two decades. Still, there is no consensus on how to reliably deflect or disrupt (fragment) hazardous NEOs in a timely manner. However, none of the potential planetary defense technologies to deflect or disrupt an NEO have ever been tested on NEOs in the space environment. Significant work is therefore required to appropriately characterize the capabilities of those current technologies, particularly the ways in which they physically couple with an NEO to transfer energy or alter momentum, and ensure robust operations during an actual emergency scenario. When a hazardous NEO on a collision course with Earth is discovered we will not have the luxury of selecting an NEO target suitable for our mission design purposes or changing our choice of target if our development schedule slips. Instead, nature will have selected the target for us, along with whatever challenges are posed by its orbit and physical characteristics. Making preparations now is essential because we will only have one chance to deploy an effective and reliable defense.