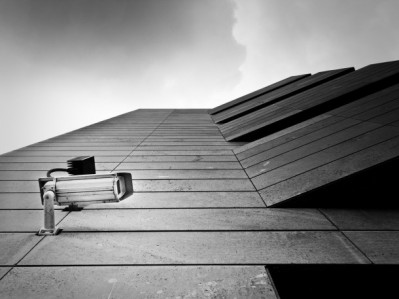 What are you looking at? | Andreas Levers

The Internet has created a wider platform for free expression in enabling civilians to self-publish and strangers to communicate and share ideas from all parts of the world. However, the World Wide Web is not without downsides and dangers. In an exclusive interview, ROOSTERGNN spoke with Agnes Callamard, former Executive Director of Article 19,  about the ongoing failings of the Internet to provide a safe, yet open, service, and how individuals can protect themselves from the threats of surveillance, hacking and the backlash of false privacy.

What do you think is the biggest struggle with ever-growing technology to maintain freedom of expression?

In June 2014, 31 international human rights experts (UN Special Rapporteurs) affirmed that guaranteeing the free flow of information online ensures transparency and participation in decision-making, enhancing accountability and the effectiveness of development outcomes. Unfortunately, there are increasing threats to online freedom, undermining the capacity of the internet to deliver on its potentials. The biggest struggles concern: the mass surveillance program by the US NSA and a number of other governmental agencies targeting the communication of millions of individuals, without due process; the violations of freedom of association online through the filtering or blocking of communications, including of social media (such as in Egypt, Malaysia, Pakistan, Turkey, and Venezuela); the physical attacks and imprisonment of online activists, including citizen journalists and bloggers (who account for the largest proportion of imprisoned journalists); the generalized undermining of the right of privacy through the combined actions of corporate actors and governments collecting and retaining personal data of internet users; the liability of internet intermediaries for content provided and produced by others. In addition, the continuing digital divide between and within countries and the unwillingness of a large number of actors (including governments and corporate actors) to consider access to internet as a human right constitute a threat to the vision and principle of a global, non-discriminatory, open Internet.

What do you think is the biggest obstacle in obtaining freedom of expression in countries where you work such as Bangladesh, Brazil, Kenya, Mexico, Tunisia, Senegal and the UK?

Each of these countries present their specific threats and opportunities when it comes to the protection of freedom of expression. They are far too different to allow for a common diagnosis and cure. But at a very generic level, each one of these countries should have a legal and policy framework that enables and protects free speech. This in turn requires for each one of them to repeal a number of laws that violate free speech and to adopt others that may protect or enable the free flow of information. These laws and the practices that are linked to them should allow for a free and diverse media, access to internet and protection of on-line expression, protection of dissenting voices and political opposition that should have equal access to broadcasting and the media. Transparency and access to government-held information and the framework for all this must be the rule of law, not the rule by law.

What do you see as the future of social media/internet content and freedom of expression? Do you think we are heading in the right direction?

As I wrote a couple of months ago on the occasion of the 15th anniversary of the OSCE special rapporteur on press freedom, we will continue to witness individuals, human rights and internet activists, techies and corporate actors experimenting, testing, evaluating and strengthening the online content production, online media institutions, business models and information products. These will enable Internet – in the broadest sense of the word – to fulfill the principles behind its birth and development: to provide a diversity of information and opinion, across boundaries, creating an open space for information.

This process is and will be the object of many struggles as I have highlighted above. Not all developments will be a step forward in terms of building an open internet. The privatization of the online space for market and revenue purposes is already there and I see little that can be done to stop or reverse this process. Hopefully, we will manage to frame and regulate this privatization so that the individual information user and information producer is protected. The massive surveillance program by the NSA, the Chinese firewall, the dangerous principle of “internet sovereignty” advocated by the Chinese government and others: all of these are also contributing to threatening the existence of an open Internet. There again, there have been some positive steps. Civil Society organisations have developed International Principles on the Application of Human Rights to Communications Surveillance. The governments of Brazil and Germany have successfully negotiated a UNGA resolution on the right to privacy in the digital age that, adopted by consensus, calls on all states to discontinue any arbitrary or illegal collection of personal data and to enforce users’ rights to privacy. But overall, the current trends, if they continue (and there is no reason to think they won’t), mean that the future for social media and internet is going to be one of many struggles and conflicts over the soul and heart of Internet.

Keep the fight, absolutely. They should use all opportunities to learn about their own rights as journalists, including legal rights under their domestic jurisdictions and under international law.

They should be courageous in speaking truth to power, but not foolish and naïve. Press freedom organizations and journalists have worked over many years to strengthen awareness on security measures and self-protection. Future journalists should make sure they know of all these tools and approaches, including security training.

Most importantly, they need to become very competent with online security including through encrypting their materials and that of their contacts. They should ensure their employers are as security conscious as they are and take all necessary precautions as well.

Future journalists should remember that censorship can also be exercised (very powerfully) by and through the media. For instance, years after years, analyses of women in the Media have shown that women are under-represented and misrepresented. Greater awareness of their own role in sustaining this kind of silencing and censorship is crucial: that means commit to diversity, provide a range of perspectives, and always, be accurate.

Do you believe that over time, especially after 9/11 and recent events, we have seen a healthy moving of the line of what is appropriate for our government to censor its citizens?

9/11 has unleashed renewed abuses of freedom of expression in the name of “national security”, including from within the more established democracies, with the media becoming one of the principal targets. Edward Snowden’s revelation has further demonstrated that the security algorithm has penetrated all aspects of our lives, and that governments are placing their own conception of national security ahead of human security, which includes of course physical security against attacks but also freedom from fear and want. Unduly restricting cherished rights is precisely the wrong response to “terrorism.” It is to abdicate rather than defend universal values in the face of an attack. It is adding another scar to our common humanity.