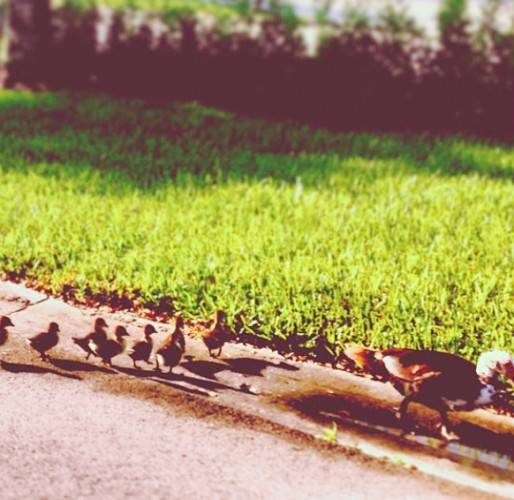 The Cost of Acceptance

U.S.A. Acceptance is a bizarre thing. It can make you feel on top of the world. It can also make you feel terrible. During middle school I lived in moments—the moment when I made my first friend, or got my first A, or won my first award. The biggest and most ephemeral moment was when I felt like I belonged—when I felt accepted. It was short and beautiful, and I let it define all of my moments that followed. Another new friend, good grade, or shiny ribbon were never as great as feeling accepted. The thing is, where I grew up, acceptance came at a cost.

My family was never rich, yet we always had more than enough. The beginning of middle school was an exciting time for me, because I was enamored with the freshness of my surroundings. We moved before school started, and on our new street lived a girl, about my age, who befriended me. Her name was Jessie, and she was very skinny with straight blonde hair and brown freckles that covered her cheeks. I, on the other hand, was still carrying around some baby weight, which fitted my unruly and coarse black hair. My birthday fell on the first week that I met her, and she gave me a “best friends” necklace. Jessie’s birthday followed closely to mine, and she invited me to a sleepover party with all of her friends. My mom was so excited about my budding friendship that she bought me a new outfit to wear to the party. I sported a black top embedded with rhinestones and a matching denim skirt. Like Jessie, her friends had blonde hair, skinny bodies, and tiny freckles all over their faces. I suppose I missed the dress code, because they were all wearing tight tops that bared their midriffs and teeny shorts that might display their underwear at any moment. As the night went on I listened to them mock other girls at their school and brag about their winters spent horseback riding. A tall girl with long blonde hair sneeringly said, “I love the rhinestones on your top”. I was already feeling out of place, and her comment made me want to cry, but instead, I smiled. It took everything I had to ignore their judgment and swallow my unease, but, in the end, they won. I never slept over that night.

I should have used Jessie’s sleepover as a forewarning to the dismal times approaching in middle school, but I was too naïve and eager to take notice. On the first day of school I straightened my hair and dressed myself in a cute pink top—without rhinestones—and a pair of jeans. I was feeling great about my appearance. I anticipated adoration from all the boys and jealously from all the girls. My expectations couldn’t be farther from the truth. Not one boy glanced in my direction and not one girl tried befriending me. During gym class I desperately tried to start up a conversation with the girl sitting next to me. Seeming annoyed, she responded with few words. In the locker room I overheard her snicker and ask her friend, “Who was that creepy girl?” It would be a while before I gained the nerve to randomly converse with anyone again. After a few weeks I realized how cliquish my middle school was. Many kids were privileged and immodest about their wealth. The undeclared uniform was a top from Hollister or Abercrombie and Fitch. I started to resent my mother for buying all of my clothes from department stores. The first time I wore a top from Hollister was the first time I felt integrated into my school’s culture. It’s sad to think that a store could make me feel embraced by the other students, but it did. I never stopped shopping in department stores, but the times I didn’t were the times when I truly enjoyed trips to the mall.

In middle school my mother forced me to join the GEM program. GEM was an accelerated math program, and, at first, I hated it. I begrudged that it made me even more different from everyone else. Many kids poked fun at the people in GEM and called us “losers” or “geeks”. I begged and pleaded with my mom to take me out of the program, but she wouldn’t budge. She loved bragging to her friends, “My daughter is taking higher ordered math courses”. One morning, I was talking to a girl at my bus stop and she said, “You’re a nerd for being in GEM”. I felt deflated. Being called a “nerd” to my face was horrifying. I couldn’t believe that acquiring math skills would create so much adversity. Why was I humiliated for being smart? How can a girl, who could barely do long division, make me feel so awful about myself? I guess being smart wasn’t “cool”, and I badly wanted to be “cool”. I never spoke to that girl from my bus stop again.

One summer during middle school I decided that if I wanted to run with the “cool” crowd, then I had to befriend them. I devised an entire plan to become their pals by interacting with them on social media. I felt so clever, because I truly believed that my plan would be a success. My first attempt was aimed at a girl named Chelsea, who I considered to be an acquaintance. On her MySpace account I commented, “Hey Chelsea, how’s your summer going?” She never replied. I guess she didn’t consider me an acquaintance. My second attempt was directed towards Haley, a girl in a handful of my classes. Haley posted her cellphone number online with a message asking for people to text her because she was “bored”. I, foolishly, was one of those desperate individuals to text Haley. Low and behold, she did reply, and, soon after, she stopped texting me. I immediately felt like an idiot for reaching out to them, because I wasn’t some lapdog waiting to be pet. My plan never saw a third attempt. After this incident, I knew I had to starve my hunger for conformity. I never tried to be “cool” again.

I had a Muslim friend named Nara. Her head was always veiled by a hijab and her body was always hidden underneath long dark material. Nara didn’t have many friends. Unkind remarks and bitter looks were continually thrown in her direction. Nara and I were close, and, during rare moments, Nara would reveal her harbored pain. I also had a gay friend named Kyle. Kyle had a huge crush on Juan who was an older boy in our class. Juan was straight, yet Kyle made the tragic mistake of declaring his affection to him. Behind closed doors, Juan baited him with vulgar emails, and Kyle believed every word. At school, however, Juan spent his time either degrading or snubbing him. When regarding Kyle, a lot of classmates flaunted their intense case of homophobia. Kyle and Nora each suffered tremendously because of invariable details in their lives. Nora couldn’t replace her hijab with a Hollister shirt, and Kyle couldn’t throw away his gayness in an effort to be normal or “cool”. Supporting Nora and Kyle through their torment forced me to confront my own selfishness. I wasted years squeezing my body into clothing that certainly wasn’t catered to my build. I wasted years feeling ashamed of liking to read or do math. Nora and Kyle faced real discrimination, whereas, I faced vain remarks. I never pitied myself again.

I stopped believing in the innate affability of humanity, because everyone houses prejudices and conventional stereotypes. Whether we speak them or not, we have all thought them. From going grocery shopping to eating in a café, we have encountered people who looked or acted differently. We have judged them. We have been those people, the ones who are secretly attacked by the preconceived notions of others. Labeling others is the easiest form of identification. I was labeled as a nerd, and at that moment, it affected me greatly. I was always told that my sensitivity would cause me heartbreak. I agree that I’ve let people and pressure and comments devastate me. Yet, my sensitivity has also allowed me to see my mistakes. It was a mistake to succumb to the idea of the “perfect girl”. She had long hair, an expensive wardrobe, and a perfect body. But I’m not her. I never will be her, and now, I’m okay with that. I guess the cost wasn’t worth it in the end.