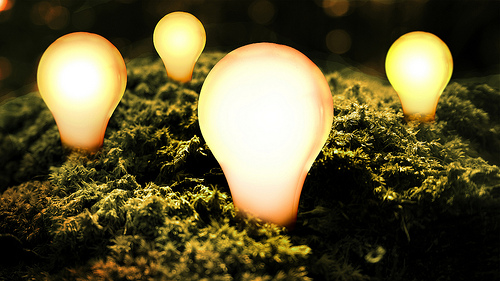 The 4 essentials to sharpen imagination and ingenuity

The rules governing the market are changing faster and faster. In order to win, and even just to survive, we have to find new (original and risky) ways to compete. Ideas behind them may just turn up out of the blue, the phenomenon we know as serendipity, but this doesn’t happen often. If you want the ideas to appear, you have to prepare yourself.

Traditional educational systems have programmed our thinking mechanism under the powerful influence of scientific disciplines such as mathematics, physics or statistics. Are these negative influences? Well, they certainly didn’t use to be. Indeed, back in the day, we needed to stimulate logical/convergent reasoning processes, but the paradigm has changed and this is no longer enough. If you wish to document the future of the markets, be sure to stimulate the working of both halves of your brain, and strengthen the connections between them. Where do you start? You have hundreds of techniques within reach. Start by familiarizing yourself with them and if you find that none are convincing, create your own. If it works for you, look no further. It will be the best.

I would love to claim that sentence as one of my own, but alas I can’t. I borrowed it from Socrates, and he in his turn purloined it from the slogan carved on the entrance of the Oracle at Delphi, the sacred temple where the Greeks used to go to consult the gods. We should, of course, be learning new things every day, such as technical data, breakdown mistakes, anything. But we learn most from dismantling ourselves (breaking patterns, mechanics, etc) and subsequently undertaking the rebuilding with fresh perspectives. Questions such as: What are my weaknesses? Strengths? Limitations? Automatic mechanisms? False perceptions? My own projections onto others?… will provide you with the insight you need to be a good leader, and they will strengthen you.

It has been scientifically proven that meditation affects the alpha and theta brain waves. What this means is that meditation helps you to balance the two brain hemispheres, facilitates concentration and boosts mental agility. Indeed, as has been shown by mountains of research from universities such as Harvard and MIT, the benefits of meditation go much further: it expands the volume of the hippocampus, stimulates the self-regulation of the organism, acts as a powerful antidote against disease and, as though that were not enough, it increases the sensation of happiness. Put simply, there is no better recipe for upgrading our output and our wellbeing – and yet most people have hardly even given it a try. If you wish to be a leader in the new era, you will need a high-yield brain and physical energy, and there is no better way of acquiring them. Do you need any more reasons for getting started?

4) Use your eyes to listen.

We are always being urged to listen from our earliest youth (by parents, teachers and so on), but do they teach us how to do it well? The experiments carried out by psychologist Albert Mehrabian gave rise to the famous 7-38-55 rule, where 7% of the message we have received we derive from the words we hear, while the rest is tone of voice (38%) and body language (55%). Research in the same field, such as that undertaken by anthropologist Raymond Birdwhistell, produced rather less dramatic figures. According to his work, some 35% of communication derives from the verbal content, while the remaining 65% derives from body language. In both cases, these are laboratory results and they have often been misinterpreted (or interpreted extremely strictly), but there is no doubt that they reveal the importance of listening with your eyes wide open. Ask yourself the question: do you really know how to listen?

Are you ready to sharpen your imagination and ingenuity?