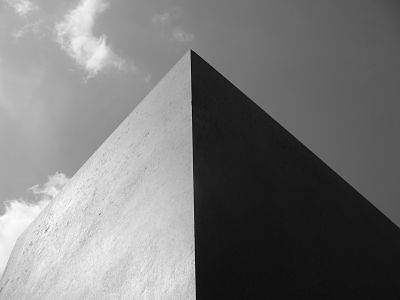 On January 20, 2014, Canadian Prime Minister Stephen Harper spoke to the Israeli Knesset where he reified that Canada, the Western world, and the State of Israel exist in solidarity undergirded, not by mere notions, but by human ideals and non-proprietary values. That same year, Jews were targeted in European cities like they were in 1938. The Bergische synagogue in Wuppertal was again firebombed and crowds held banners reading: “Death to Jews,” “Slit Jews’ Throats,” and “Death to Israelis.”

If one were to judge why calls of “anti-Semitism” are still heard, it is because Jewish hatred persists. This reality is reinforced by many people taking anti-Semitism for granted.  Ducheine reminds us of this in his January 7, 2015 editorial entitled, “Flashing the Anti-Semitism Card.” In an article that confuses “Jewish” with “Israeli,” Ducheine reviles reference to a particular form of hatred that is rife in many parts of the world. In doing so, he misreads Jewish history and confuses subjectivity with objective superiority.

The caricature of Israeli’s and Jews crying “anti-Semitism” is the preserve of those who contribute to a discourse of recrimination. Comparing Israeli acts against Palestinians to atrocities by the Nazis against the Jews is a dangerous asymmetry that adds fuel to the fire of an anti-Israeli religion. This is achieved by his misunderstanding of a historical period, which he compares with present-day events in the Palestinian territories. No mention is made of the historical use of concentration camps, transit camps, forced labor/work camps, and death camps – the existence and systematic use of which historically dichotomize rather than harmonize the two cases.

The Holocaust was a shared European experience that extended beyond the borders of Europe. Surprisingly, its historical verity still meets resistance by those who claim that the crematoriums never existed and that the “Final Solution” is a myth. Palestinians and the Arab world played a role far more prominent than that of mere bystander. There is a notable confection of historical memory and Palestinian covenants calling for the destruction of the Jews and of Israel.

Ducheine seems troubled, not by the fact that “anti-Semitism” is still cited by Israelis and Jews, but by the question of why they would feel compelled to do so and what feeds their consciousness.  Contrary to what Ducheine might claim, Israeli institutions have provided support and treatment for Palestinians. But enhancing cooperation between Israeli’s and Palestinians is complex and demands efforts to not only thematize, but to willingly acknowledge overtures that completely counter the claims of detractors.

Enhanced cooperation could have been found had previous proposals for Palestinian statehood shown more promising outcomes –the Peel Commission (1937), the British White Paper (1939), the United Nations (UN) Partition Plan (1947), pathways to statehood that would have been surely realized through autonomy vis-à-vis the Egypt-Israel Peace Negotiations (1979), the Oslo Agreements (1990s), the so-called Ehud Barak “Offer” (2000), and even demographic-based withdrawals proposed in 2008.

Israeli policy can be seen as corresponding events and practices, and are emblematic of the burden of its history that is ultimately part of a sordid Jewish history – one far removed from the character of American history but still retaining seminal features. The long road (to still elusive) equality of African Americans even after decades of the Civil Rights Acts (an attempt to reconcile the US’ racial divide 100 years after the Emancipation Proclamation) shows how important time is in social healing/growth and relationship-building.

The efforts of many good-willed Israelis and Jews who work and volunteer to help Palestinians and their social support schemes do not fit the picture of Israeli’s depicted as génocidaires trying to eliminate the Palestinian territories from the map. Nor do Israeli policy implementations reflect necessarily the ideas of each and every Israeli or Jew. Israel, like many of its modern-day allies, has made mistakes in its domestic and foreign policy, and if one looks for horrors that resemble the barbarous atrocities enacted by the Nazis, they would be found in any violent conflict. But Israel is disproportionately and vehemently criticized repeatedly.

Communities are able to outstretch the boundaries of states. The challenge is bringing them together while tending to a turbulent past and scores of opponents fueling the enmity of a people who institutionalize ideals of genocide and extermination. Because invocations of the violence are reflected in the constitutive documents of groups existing within the Palestinian territories, Israel remains in an unsettled position where if it were to move one way or the other it would find it difficult to exist as an ideal among Israelis as well as Jews.

Scott Nicholas Romaniuk is a graduate student at the School of Security and Global Studies, American Military University. He specializes in military and strategic studies, and foreign policy analysis. His areas of research include conventional and asymmetric warfare, (counter)terrorism, (counter)insurgency, religious extremism, and processes of (de)radicalization.