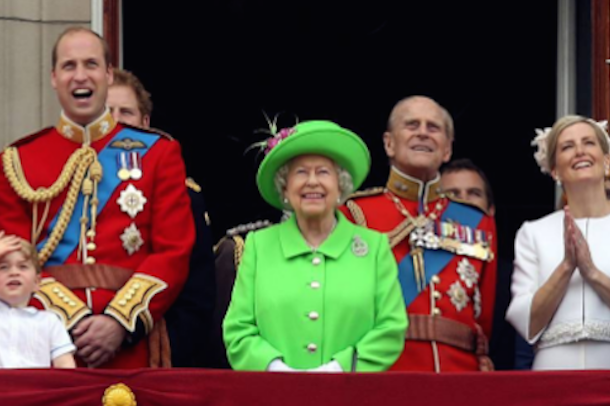 Fashion Lessons from The Queen

Queen Elizabeth II of the United Kingdom, has been under the spotlight since 1926. Her long fashion experience and continuous relevancy has granted her an exhibition in the Buckingham Palace called Fashioning a Reign: 90 years of style from The Queen’s Wardrobe. From July 23 to October 2, visitors will see a narration of The Queen and her nation’s history told through a collection of clothing.

The exhibition proves she has followed styles and established trends for longer than anyone in today’s fashionsphere, making her the ideal fashion sensei. Therefore, here are three fashion lessons from The Queen.

1. Do not Be Afraid of Color

The 90 year-old monarch has worn anything from bright pinks to neon green to royal events; but she really took color to a whole new level the day of the opening of the metro line named after her. She wore a bright purple suit and hat matching the color of the “Elizabeth line”. This technique called “color-blocking” takes the stress away from matching a top with a bottom, and allows her 163 centimeters to be recognized immediately by public and press.

If this choice is not daring enough for you, try spicing things up with the “pop of color” technique, like at the 2015 Malta speech where The Queen wore a light blue suit, with a fuchsia details on her hat and shirt.

Or attempt the two-piece flower print dress, like the one she wore the day she met soccer legend David Beckham. The thing to be careful with is to wear colors fitting for the occasion, and no one does it better than the Queen.

Regardless of her outfit color and occasion Queen Elizabeth II often choses two classic accessories to go with it: a pair of black heels and a black purse. One would think that someone as highly guarded as her would not need to carry anything with her, but regardless of the possible emptiness of her bag, she is usually never seen without one. Which reminds us that no matter how cute that really tiny bag is, comfort and utility should always come first. Bring with you something where you can actually fit at least your phone and your wallet instead of having to hold them on your hand for the entirety of the night.

She is always dressed impeccably and correctly – Caroline de Guitaut, senior curator at the Royal Collection.

Queen Elizabeth has been the precursor of the masculine style Rihanna and Beyoncé have lately embraced wearing suits on photoshoots and videos. In 1945, The Queen took the next step into masculinity and became the first female royal member to join the Armed Services full-time. Her uniform consisted of a jacket, pants, a tie, and a service cap. 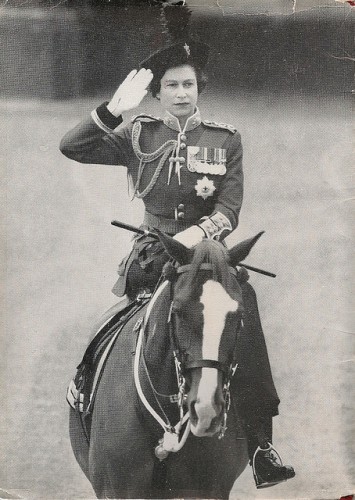 This experience influenced her fashion sense, considering that today “Elizabeth II’s style is rooted in the feminization of the gentleman’s suit” says Harriet Hall features editor of Stylist.co.uk.

Queen Elizabeth of the United Kingdom, underrated fashion icon with only 505,000 Instagram followers, proves age is simply a number and style is eternal.