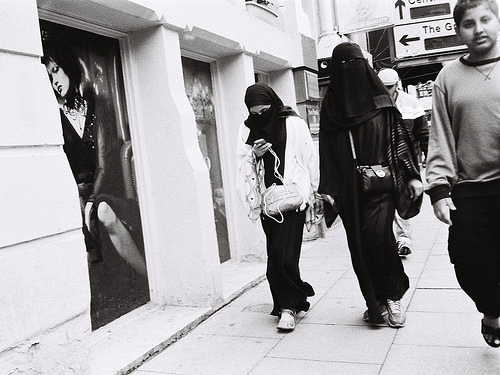 Fashion Beyond the Burqa

When Western societies picture in their heads the traditional Islamic woman, it quickly comes to their minds a woman wearing a veil that covers one’s hair or the burqa that restricts one’s eyes to be seen. However, Islamic tradition extends further than this perception.

Fashion also plays a major role in clothing garments worn by Islamic women, rather simply to abide by their religion to cover up one’s body. Thus, there are many varieties of coverings for Muslim women all over the world.

Along these lines, is a guide to the different styles of Muslim garments according to their beliefs and their place of origin. 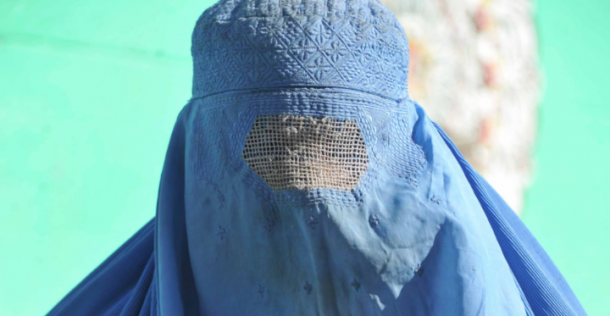 This symbolic one-piece item is formed by a face-veiling portion of semi-transparent cloth with its top edge attached to the head-scarf that goes down to the feet, fully covering the face of the person wearing it.

In Islamic tradition, the concept of preventing women from showing their bodies in public is known as “Namus”. Linked to the ethical idea of ‘virtue’, used in a strong gender-specific context of relations within a family described in terms of modesty and respect.

The opinions based on the violation of the women’s rights or the idea of men forcing them to wear it have made this item really controversial, especially in Western societies. Thus, this piece of clothing is the least worn among the Muslim women and it is banned in many European countries like Italy or France. But it can be seen in many countries like India, Pakistan, Saudi Arabia and Afghanistan.

Afghanistan is the country where the burqa is most used. Women represent 48.4% out of the total population and a vast majority of them decide or are imposed to wear it. 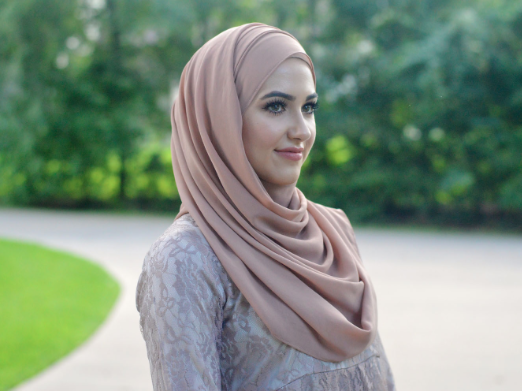 The most used Muslim garment. It consists of a veil that covers the hair and the chest of the woman – leaving the face clear – and it can be found in many colours and styles.

This kind of item is the most typical one in Western countries and it’s allowed in many public spaces. However, in some countries it is forbidden to wear it in public schools, universities and government buildings.

Muslim women have to wear the hijab in front of adults outside the family circle and in public from the age of puberty. The clothe is compulsory in some Eastern countries like Iran or Saudi Arabia, no matter your culture or religion. 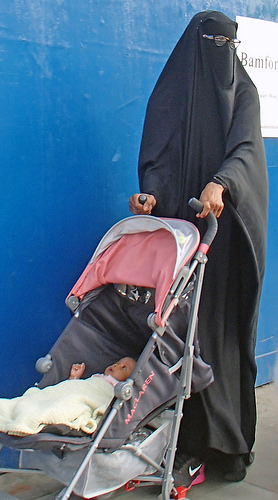 Piece of cloth that covers the face leaving a clear area for the eyes to be seen. It is used accompanying a sartorial hijab and is sometimes confused with the burqa. But the niqab just covers the face while the burqa goes from the head down to the ground.

The niqab is worn in Yemen, Oman, Saudi Arabia, Syria and Bangladesh among others. 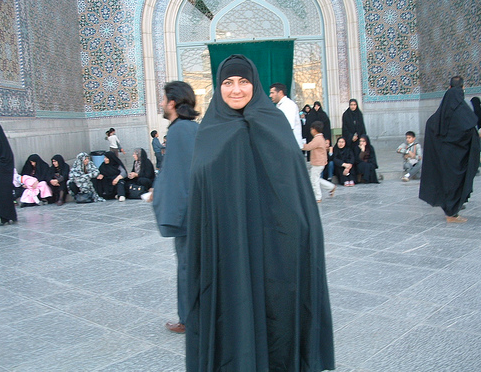 This garment is worn my Iranian women in public spaces and outdoors. It is formed by a full-body cloak with a semi-circular shape around the face leaving it clear. It doesn´t have buttons or sleeves to leave the hands free.

Its use was extended during the Islamic revolution (1979) in Iran when Islamic laws were imposed like separation of sexes and traditional clothing. It is currently mandatory in state buildings, mosques, and in all religious acts. 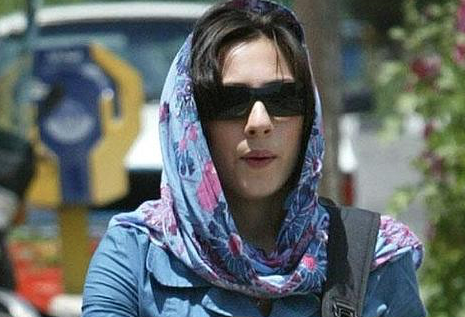 The Shayla consists of a veil wrapped around one’s head and folded on the shoulders, with the intention to cover one’s hair, but not completely. The shayla is a long rectangular veil widely used in the Persian Gulf in countries like Kuwait or Iraq.