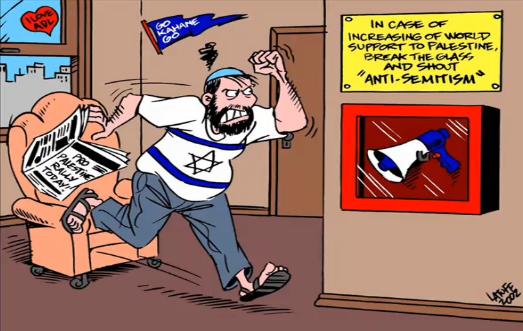 U.S.A. For over half-century (65+ years), the State of Israel has been inflicting on the Palestinians the same pain and torture and carrying out similar atrocities carried by the Nazis on the Jewish People. During conflicts with Palestinian fighters, Israel has indiscriminately bombed civilian locations, killed women and children, and offered the most ridiculous reason – Palestinian Fighters hiding among civilians – for doing so.

The Jewish leaders have grown to see such treatment of the Palestinian People a normal course of life (while decrying their conditions under the Nazis); after all, Israel has always had the support of the world community which fears being seen as or being called anti semitic. As such, the suffering of the Palestinians matters very little if at all; in fact, the international community has always blamed the Palestinian fighters for any ill in the region. Ironically, the State of Israel has been in the wrong side of UN Charter for 66 years.

Any attempt by the International Community to right the wrong Israel has been doing to the Palestinians is usually squashed when Israel flashes the anti-semitism card. Blindly supported by the US government who has helped propagandized Palestinian fights against Israel’s wrongdoings as terrorism, aided by the US media which has helped spread the propaganda, Israel has flashed the Anti-Semitism Card as a defense against any attempt to expose and punish its wrongdoings.

The strategy has worked for a very longtime; while the US continues to back Israel unconditionally, the International community has started to see Israel for what it really is, a country that is led by evil leaders who closely resemble Hitler in their actions, betting the world would continue to see Israel as the victim of anti-semitism instead of crime perpetrator and of course the place where Jesus, the savior of the world, was born. Irrespective of the world’s belief in regards to Jesus and his birthplace, one thing is certain, he is no longer in Israel for the devil has occupied the land, the hearts and the souls of the Jewish leaders. It is counted in the Bible that there was no room for Jesus when he was born; the Jewish leaders have always made sure it stays that way.

For over half-century now, Israel has treated Security Council resolutions with disdain and shown nothing but contempt for the UN Charter. Any other State in the World who would persist in refusal to obey UN Council resolutions, as Israel has, would be subject to threats of economic and military sanctions. In addition to ignoring resolutions by the World body, short of launching a full fledge genocide campaign against The Palestine, Israel has engaged in atrocities towards the Palestinians similar to Assad’s towards the Syrians. The logic of the western government advances that Israel has a right to defend itself (against the Palestinians which have been wronged by Israel), but no other country in the region seems to have such right.