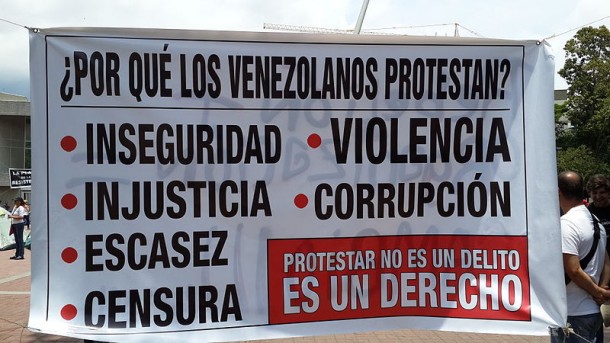 Political philosophers in the likes of Hannah Arendt and Frantz Fanon would have been “fascinated” by the cycle of deadly violence in Venezuela today. According to InSight Crime – a foundation dedicated to the study of organized crime in Latin America and the Caribbean – there were nearly 25,000 violent deaths in Venezuela in 2014, making the country one of the most dangerous places in both the Americas and the world. Crime epidemics were already a concerning issue during the reign of the much idolized and resented Socialist President Hugo Chavez. Since his death in 2013, facing the government’s resistance to release official crime rate statistics, private organizations and NGOs have gathered a database that corresponds to the rise of homicide, police killings and other undetermined deaths in the country.

Rampant gangster killings and drug violence dominate many Venezuelans’ daily lives. Petty crimes such as theft could turn into murder due to the unregulated circulation of killing weapons; walking at night could result in getting robbed or abducted; poor neighborhoods and slums could nestle the most ferocious murders and crimes. Violence has become an everyday reality for the majority of Venezuelans while violent criminals are seldom held accountable for the degree of crimes they committed.

Low prosecution rates of criminals eventually lead to inevitable dangers for the police forces whose work lies in arresting them. Gangsters with more lethal weapons could even ambush police forces – killing officers and stealing their weapons. The inadequate policing efforts, along with the lack of police officers and proper funding for police forces, only serve to make law enforcement harder. Yet despite being burdened with such hard jobs, police officers were not shown much sympathy. A Reuters report from earlier this year indicates that societal anger towards the police surges high due to their role in suppressing mass popular protests.

As crime epidemics become ever more prevalent throughout the entire country, concerned Venezuelan activists and academics have asked for more governmental transparency of crime rate statistics. However, under Socialist President Nicolás Maduro, official numbers of crime rates are still off the table. The main reason cited states that releasing any hard data of murders or body counts risks political opposition’s manipulation.

While the government holds off on giving the public access to official data on crime rates, a culture of violence in Venezuela could very likely give rise to social unrest. Issues such as drug trafficking and currency inflation are already spurring discontent and motivating mass protests. Rampant insecurity will only prompt Venezuelans to question the government’s effectiveness in protecting its citizens. Although the rise or decline of the country’s crime rate in 2015 is yet to be seen, there is no doubt that a regulated, strong and effective police force will be the first step to clamping down death figures and building security.