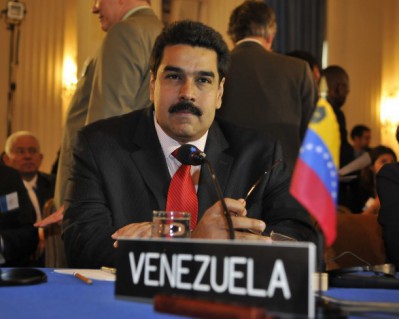 Nicolás Maduro, or the ghost of Hugo Chávez?

VENEZUELA. Taking over Chávez’s Bolivarian revolution was never going to be an easy job, and it certainly hasn’t been for Maduro: Venezuela is a politically divided country, its economy is in tatters, and corruption is an increasing problem.

Maduro has said that he is fighting an “economic war” and has deployed military troops to enforce lowering of prices of products. Two weeks ago, Maduro was granted his own request for a one-year power to govern by decree in economic matters and in the fight against corruption. Venezuela is desperately in need of actions that will put the country in a better situation politically and economically. Maduro, however, claimed the provision of such extended presidential powers was needed in order to combat corruption and economic “sabotage”, which he blames on the opposition and the United States.

Political opponent Henrique Capriles sees Maduro’s extension of power as a “manoeuvre with electoral purposes”; it was passed by the National Assembly less than three weeks away from the municipal elections, in which the Venezuelan political opposition is hoping for public sentiment to show a clear negative attitude to the Maduro government.

The Democratic Unity Roundtable considers this law a means for “persecution” of the legal financial supporters of the opposition and a way to make it look like the government is not to blame for the economic crisis. On the other hand, Maduro could have asked for the increased authority because he actually wants to reform the economy by decree and do what he thinks is best for Venezuela right now. He does, however, face dissent within the United Socialist Party of Venezuela, and his request for more power could also be seen as a way to solidify his position within the Chavista movement.

In many ways Maduro is continuing the populist discourse of his predecessor. He continues Chávez’s campaign against the media, his discourse is consistently vague and he asked for increased authority in order to create a “new economic order” and a “new republican ethic”. He is on the same Bolivarian revolutionary mission Chávez was on and believes himself to be fighting against a corrupt alliance of political opponents and foreign imperialists just as Chávez did. He exemplifies the same paradox as Chávez, namely the ability to use democratic ideals to question fundamental democratic practices. – “They have given me an iron hand,” he said when the law giving him power to rule by decree had been signed.

Simón Bolívar was the direct source of inspiration for Chávez: he was a hero figure, a timeless image with no real, clear content of its own and that can be applied to very different social contexts. Chávez used Bolívar as a symbol for the unification of the Venezuelan people through a shared history; Bolívar’s struggle became his own, and ultimately, that of the Venezuelan people. In other words, an eternal struggle.

While historically not an unusual phenomenon in Venezuelan politics, under Chávez, the idea was excessive. There seems no doubt that Maduro will continue the Bolivarian rhetoric, but the question is whether he will replace Bolívar with Chávez. After all, we are talking about a man who from time to time sleeps besides Chávez’s tomb to reflect upon issues and claims to have seen his image in a small bird as a sign of blessing whilst praying. Without question, Maduro accepted a heavy responsibility and a very difficult task when he assumed office. However, it would be nice to see more of Maduro the politician and not simply Chávez’s ghost.

Ultimately, the elections on December 8th, 2013, will be a test for democracy in Venezuela. Can the people freely vote to oust an unpopular government? Maduro would receive wide criticism both within Venezuela and from outside if he suspended or manipulated the elections, and hopefully, he is too smart to do that. While the government of Maduro may be considered opposed to a pluralist understanding of democracy, Venezuela is, at least to a great extent, a democratic country. This, however, does not change the fact that Chavism’s Manichaean worldview leaves little, if any, room for opposing thoughts.