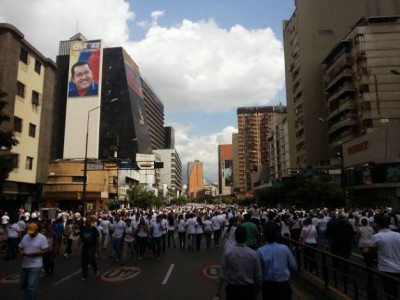 CARACAS, VENEZUELA. Caracas protests heat up as Venezuelan opposition leader Leopoldo López surrenders in order to “build a way out of this disaster.” The second week of the student-led anti-corruption protests sweeping Venezuela protests are becoming violent and gaining international attention. Below, a series of images from the Feb. 18th protests, a marcha blanca. 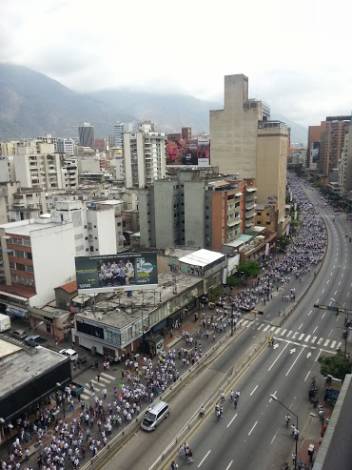 Despite the size of the Venezuelan protests, they have gone largely unreported due to the country’s strict media controls | ROOSTERGNN 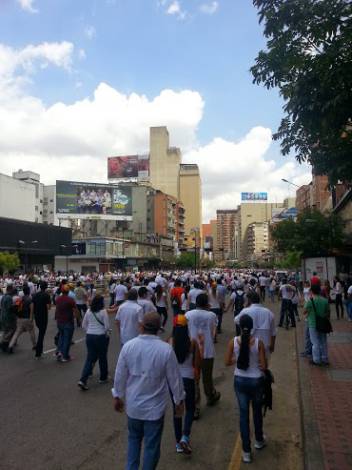