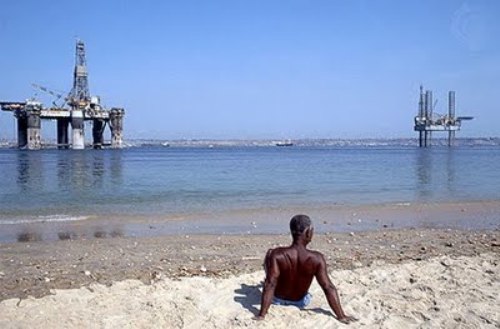 The expression “developing countries” is used every day. But who really knows its meaning? There are several levels of development, from the emerging economies to the developing countries. The World Bank classifies countries by their income, passing from a low income, through an intermediate level including an heterogeneous group of countries, to the high income nations.

Their example has opened to a different way of meaning economy and now it’s time to look for other promising countries.

Developing Countries have maintained from 2012 a sustained growth rate that it’s slowly increasing by forecasts. This global trend has had very high pick in some sides of the world which have engaged crisis improving their economy. This is the case of Angola.

Its economy grew by 6.8% in 2013, slowing at the 3.9% last year with a GDP that last year reached 124 USD billion. The second biggest oil producer of Africa, beyond Nigeria as well.

The government depends on a significant contribution from tax revenue, for instance, especially taxes on the oil sector – a sector that accounts for almost two-thirds of total revenues – to finance its spending. Consequences on public accounts reveal a high dependence on the oil sector. The risks could arise from a renewed spread of epidemics, insurgencies, lower commodity prices and volatile global financial conditions. Project selection and management could be improved with greater transparency and accountability in the use of public resources.

The country is rich in raw materials, as many other African nations, and industrial production grew by 3.8% last year. Moreover, labor force can count on a very low median age – less than 18 years. Against this, life expectancy signs a negative with 55 years.

Difficulties in accessing finance and administrative barriers to free movement of goods and labour are also obstacles. What needs to be said is that local authorities are carrying out structural reforms to increase tax collection outside the oil sector and has also taken steps to improve living conditions.

Major investment to expand access to electricity, water and transports.

About 36% of the population lives below the poverty line and unemployment remains high at 26%. Though the structural policies are positive, Angola needs to accelerate economic diversification and reduce the dependence on oil which accounts for about 46% of GDP, 80% of government revenues and 95% of Angola’s exports.

Improving health and life conditions is one of the most important objectives that country like this has to pursue. Also because improving human and social conditions can create a further push for the national economy.

What is really odd in this conditions is its capital, Luanda, the most expensive of the world for tourists, followed by Tokyo. Two very different countries! But, for sure, it’s a good indicator for understanding the attractiveness’ degree of the country.