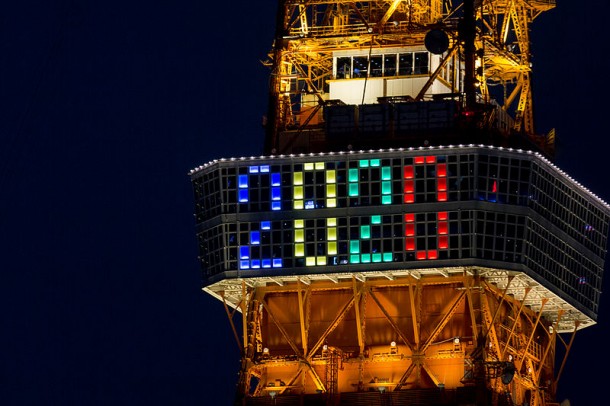 What to Expect From 2020’s Tokyo Olympics

When Jacques Rogge, the president of the International Olympic Committee (IOC), announced in Sep. 2013 the selection of Tokyo as the venue of the 2020 summer Olympics, joy and relief filled the city. At a time when Japan faces the burden of an aging society and economic recession, the news came after a two-year campaign that would finally reap political and economic rewards for a country that desperately needs them.

Yet along with celebrations also came controversies over the huge spending on Olympic constructions that falls on the shoulders of the Japanese government. The commission of a national stadium designed by British architect Zaha Hadid came under the spotlight especially because of its huge size and massive cost. With an estimated cost of 250 billion yen ($2 billion) according to Yahoo Sports, the stadium will have a retractable roof and 65,000 permanent seats. The futuristic and complex design of the stadium also raised doubt among Japanese architects, as many of them believe it to be too radical and non-conforming with its surroundings. Nevertheless, Tokyo Olympic organizers have decided to stay with the original plan and construction of the stadium will begin this October.

Another feature of the Tokyo Olympics is its participation in the Olympic Agenda 2020 reforms, which allows organizing committees to propose inclusions of more sporting events for that special edition of Olympics. Among the popular sports proposed by different international organizations, baseball/softball, bowling, karate, roller sport, sport climbing, squash, surfing, and martial arts have been shortlisted by the organizing committee. The final decision, as noted by LawInSport, will be announced in Rio de Janeiro in August 2016.

These reforms will allow host countries of Olympic Games to promote greater diversity of sports while boosting the commercial values of specific sporting events particularly popular in each country. In addition, it also presents a great opportunity for countries, such as Japan in this case, to build up soft power while reinvigorating their economy through a series of Olympic-associated activities.

The latest report from insidethegames.biz demonstrates the efficacy of Olympic-brought economic boost. Enthusiastic about welcoming back the Olympics for the 2nd time since 1964, Japan has reached its domestic sponsorship target five years in advance of the Games. The multi-billion yen sponsorship will ease much of the burden associated with building the new national stadium, although the newly released figures for its completion are $730 million up from the original projection.

In the midst of controversies and financial concerns, the Coordination Commission from IOC at the end of its 2nd official visit to Tokyo has praised the Organizing Committee’s efforts at generating funding and moving the projects along. In a press release from IOC, Commission Chair John Coates said: “The Tokyo organizers have truly embraced Olympic Agenda 2020 in their preparations. It is very reassuring to see the immediate benefits that Tokyo has been able to gain from the different recommendations in terms of organizing sustainable Games with a strong legacy. We look forward to continuing to work with them to ensure that they can fully maximize the benefits of Olympic Agenda 2020.”