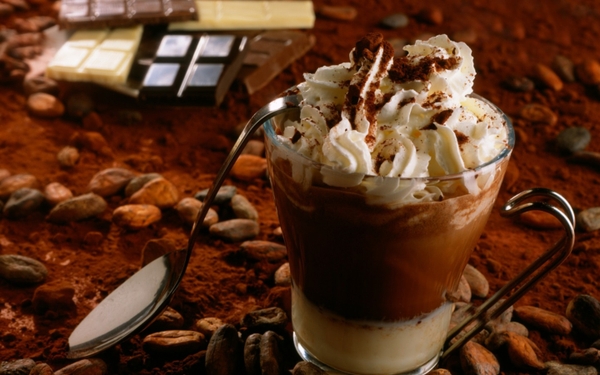 If the news that chocolate demand will outpace supply has you hoarding chocolate bars, you aren’t alone. Millions of others are indulging in chocolate like never before.  While this means you may be paying a bit more for your chocolate, it also means there are more travel destinations where indulging in chocolate can be considered a major attraction. If you love chocolate, it’s time you got yourself to these eight chocolate-filled destinations ASAP. The world has been enamored by chocolate since around 1100 BC, when it was first cultivated by the Mesoamericans.

Here are the top 6 travel destinations for chocoholics — there are no better places on earth to sample some of the best chocolate in the world:

1.Cologne, Germany | The chocolate capital of Germany, Cologne is the home of the Stollwerck chocolate company, which in its prime was the second largest supplier of chocolate to the United States. For the 150th anniversary of the company a museum exhibit was created to celebrate their history. Since then, the exhibit has grown into an entire museum. The Imhoff Stollwerck museum also known locally as the chocolate museum celebrates the history of chocolate around the world, and has interactive exhibits, samples and a giant chocolate fountain.

2.New York, New York | New York City has incredible gourmet chocolate shops where you can buy everything from top-quality hot chocolate to sake bonbons and chili-pepper chocolate bars. Visit Jacques Torres Chocolate to taste the creations of a man who calls himself “Mr. Chocolate.” Amazingly thick hot chocolate, saffron truffles and chocolate covered graham crackers are on the menu so there’s something for everyone. You can also try out top brands such as Vosges Haut-Chocolat, Mast Brothers Chocolate and Neuhaus Chocolate. As with most things in New York City, the chocolatiers here have come from all corners of the globe, and have brought with them their recipes for scrumptious chocolate treats. Besides all of the fantastic chocolate shops in the city, visitors can take a chocolate tour with either the New Cuisine Chocolate Tour or the Luxury Chocolate Tour, where you can learn about the history of the shops you visit and sample some of their chocolates.

4.Barcelona, Spain | The Spanish were the first Europeans to experience chocolate that was brought back from the New World, and Barcelona has been a center for chocolate lovers ever since. Among its chocolate-covered achievements, the city can boast that the first chocolate making machine was built there in 1780. Today Barcelona celebrates its rich chocolate heritage with a museum dedicated to chocolate, the Museo de La Xocolata, which features everything from chocolate sculptures to hot chocolate. Enjoy it at any time of day (including 4 a.m. if you want it). Don’t be surprised because traditional Spanish hot-chocolate will be much thicker than you might expect and is more like a pudding. If the churro can stand up straight in the cup you know you have a great brew. Get ready to savor the delicious combination of crispy, sugar-coated churros and smooth, warm chocolate.

5. Ecuador | As West-African chocolate crops wane due to regional instability and quality issues, Ecuador is filling the void with high-quality heritage chocolate varieties. While the majority of West African chocolate is quickly processed to create low-quality candies and sweets, Ecuadorian chocolate is much more likely to be purchased by top-tier chocolatiers who enjoy its fruity, spicy and roasted overtones. Ecuadorian chocolate is so tasty, that many start-up chocolate companies are actually moving to South America to be closer to their suppliers. You can stay with cocoa farmers and participate in the harvest and to experience the effort put into growing the crop that creates our beloved chocolate. Whether it’s disease carrying ants, excess moisture that results in black rot, rats and other vermin eating the contents of the pods, or the Chinese rose beetles that are now ravaging the cacao crops of Hawaii, you can quickly learned that growing cacao is not for the faint of heart.

6. Turin, Italy | The Italians serve up thick hot chocolate just as the Spanish do and when you’re in northern Italy during the cold winter months, you’ll need that thick hot chocolate to warm up. Even if you hate cold, you should arrange to be in Turin in February for the Chocolate Festival, Cioccola TO. For 10 days you can indulge in chocolate from all over the world, talk with chocolatiers, buy specialty chocolates and enjoy the Chocogadget where marketers sell merchandize designed to look like chocolate. If you’ve ever wanted a chocolate lamp, here’s where to get it. Afterwards, work off your chocolate intact in a special workout area.

Visit a chocolate plantation to find out how cacao farmers grow, harvest and prepare cacao for the treats you love so much. Afterward, you’ll be able to sample different chocolates and chocolate bean varieties.