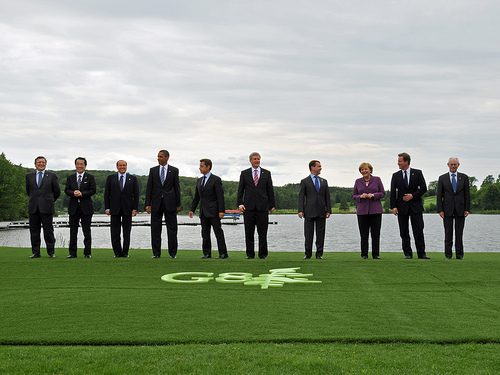 Canada: The New Champion of the West

Canada has everything needed to become the dominant superpower for the West. Now all it needs is for the traditional Western powers to continue their decline to become the champion of liberal values across the world.

There is a dose of irony in considering Canada as a candidate for becoming a superpower. Predictions see the USA as having too small of a population to compete with the economies and militaries of India and China. Yet, it is Canada, with a population a tenth of the size of the USA at just over 30 million, who is currently being touted as the country to watch in the upcoming decades.

Much of this is down to natural resources and climate. For any nation to become a superpower, or even be considered as one, a vast pool of natural resources is imperative for economic and geopolitical reasons. Russia has gas while China has deposits of all 150 minerals found in the world so far, alongside other resources including 750 billion tonnes of coal.

In the case of Canada, it is well set with its own natural resources to compete on the global stage. Its renewable freshwater reserves, a key resource for the predicted scarcities in energy over the next two centuries, are only exceeded by the USA and Brazil and with Canada’s glacial areas melting the amount of freshwater is only going to rise. The melting glaciers are also likely to be beneficial for Canada as it frees up more land for both farming and development. At present, only 4.6% of land is arable, in contrast to more than double that in China, meaning Canada’s economy is currently dependent on pricey imports. With this predicted surge in land and resources, Canada is well placed to become a self-sufficient energy giant from water with the space needed for economic growth.

Nevertheless, its not just the sheer fortune of favourable natural circumstances that lay the foundations for Canada to become a superpower. A strong and efficient government means that the North American nation regularly is placed, according to Transparency International, in the Top 10 least corrupt nations of the world. This contrasts against the USA, which struggles to break into the Top 20, and now Canada has a public with notably high confidence in the government. This is particularly impressive given Canada’s aforementioned rich endowment of resources, which typically leads to higher corruption, known as the ‘Resource Curse.’ Although nations such as Russia are an example of how a country can be successful with high levels of corruption, if we want a superpower to convey the ideals of democracy and free markets it is imperative that it does not have the state corporatism of China, the inequality of India or an oligarchic shaped economy as in Russia.

If Canada has this much potential, then the West has just as much need for it to fulfil it. Since the start of his Presidency, Barack Obamas has overseen a disheartening decline in US influence. His hesitancy in taking a strong diplomatic and military stance on those who espouse the worst values and are the antithesis of what the USA is meant to stand for has allowed poisonous anti-Western forces to gain a foothold across the world. Russia and ISIS are two clear threats with both now having a concerning influence on developments in the Middle East and Europe. China, which is on course to be the largest economy in the world, has been allowed to continue policies of economic malpractice, pillaging Africa of its natural resources and provoking Japan and other neighbours in South East Asia, one of whom, the DPRK, has seen little action against it by the USA as it expands its nuclear programme.

Then of course, there is the elephant in the room of international relations, Iran. If anything embodied the flaws in Obama’s foreign policy it is his stance regarding Iran. Despite, the USA’s probably strongest ally, Israel, having been largely shunned by Washington, the Islamic regime of Iran is allowed to regularly chant “Death to the West and Israel.” Yet, it has been given the all clear by the West for a nuclear programme that could allow it to create nuclear weapons.

There are of course notable successes. Stronger ties have been fostered with previously isolated countries such as Myanmar and Cuba. Nonetheless, these are but a drop in an ocean of international despair. This tumultuous foreign policy is made even worse by the inability of the traditional western powers to seize the mantle of champion of Western values.

Britain’s position as a superpower has been dead since the Suez Crises and although still one of the most powerful nations in the world both in a military and economic capacity, its not respected to the extent a superpower would need to be. Another traditional champion of Western values, France, is also constrained in its ability to be a promoter of liberty. Soaring unemployment, a stalling economy and an inept leadership have greatly restricted its stance on the world stage. Its intervention in Mali and reaction to the January terrorist attacks are a timely reminder of what could be with France but ultimately it holds little sway outside of the traditional Francophone Sphere of Influence. Even Germany, seen as the superpower of Europe, is so pre-occupied by the misguided Eurozone project that it has been too focused at looking inwards rather than expanding its horizons.

In contrast, Canada has few enemies and according to a BBC World Poll is the second most popular nation in the world. This is despite it maintaining a principled stance on areas such as defending Israel or supporting intervention across the Middle East and elsewhere, policies that are often seen as damaging the USA’s popularity.

The West needs a new champion of its values on the world stage with strong enough convictions and leadership to command respect among all countries and culture. This nation can be found in North America; Canada will be the West’s new superpower.