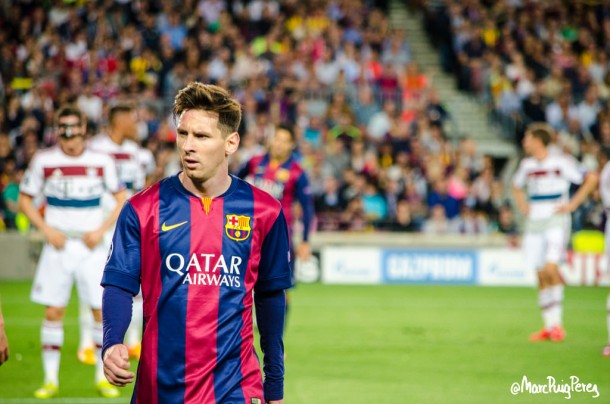 La Liga vs the Premier League

La Liga and the Premier League are, for those who don’t know, the top flight divisions of association football in Spain and England respectively. Debate has raged on for decades about which is better, so in 2015 which has the upper hand?

The natural starting point for such a comparison is the quality of football being played in these leagues. The most prestigious European football competition, the Champions League, makes for a decent yardstick when making these kinds of assessments. As many people will know, the Spaniards have dominated the tournament both recently and throughout history, with Real Madrid holding the wins record with 10 titles and current champions Barcelona with 5 titles. Gone are the days where the final was contested between, for example, Manchester United and Chelsea. English clubs have struggled to find a foothold in the competition recently, indeed the latest tournament included Liverpool’s comprehensive home defeat to Real Madrid and domestic champions Manchester City being utterly outplayed by Barcelona. These two Spanish clubs, along with a handful of other talented sides from the French and Italian leagues, find themselves holding a form of monopoly on the competition and Premier League teams must change something to have a chance in the future.

This domination of club tournaments can be linked with another point of comparison: the presence of global superstars. Lionel Messi and Christiano Ronaldo are widely regarded to be the best two players in the world and this highly entertaining clash of titans plays out in La Liga. A supporting cast of almost equally well-regarded players accompany them: Luis Suarez, Neymar Jr., Gareth Bale etc. A certain prestige is undeniably attached to the Spanish League and with the top two teams in particular. Fantastic performances at an international tournament or an excellent season at club level can easily catch the attention of the big boys in Spain. Gary Lineker’s outstanding work in the 1986 World Cup led to a move to Barcelona, whilst in the modern era James Rodriguez’s similar achievement in the 2014 Brazilian tournament brought him to Real Madrid. Rightly or wrongly, La Liga is regarded by players and (some) pundits as where the best of the best come to play football. Home-grown English legends like Steven Gerrard and Frank Lampard will live long in the memory of fans but how do they truly measure up to their European counterparts?

However, the situation gets more complicated when looking at entertainment value and competitiveness. Barcelona and Real Madrid have won the Spanish League a combined fifty-five times. It is obviously an excellent achievement but one crucial argument in favour of the Premier League is the potential for unexpected or hard-fought results. It is rare for a team to be beaten by a truly large amount of goals to nil, and when it happens it is frequently the biggest story of the season. It may depend on your allegiance and nationality, but the all-to-often 8-0 results occurring in La Liga eventually carry around a whiff of predictability. This competition extends to the bottom of the table as well, with fierce relegation battles often presenting themselves in the second half of every season. It’s a fight to stay in the EPL. The challenge is there for players to swap the glamour and climate of the continent for brutal contests fought on the outskirts of often barely-known English cities and towns, but only a few will accept it.

Other comparisons can be made but the crucial dilemma is fairly clear. Are you after top football where dominance is almost guaranteed, or full-blooded contests where a win is not expected but fighting tooth-and-nail most certainly is?

What do you think? Let us know in the comments below!