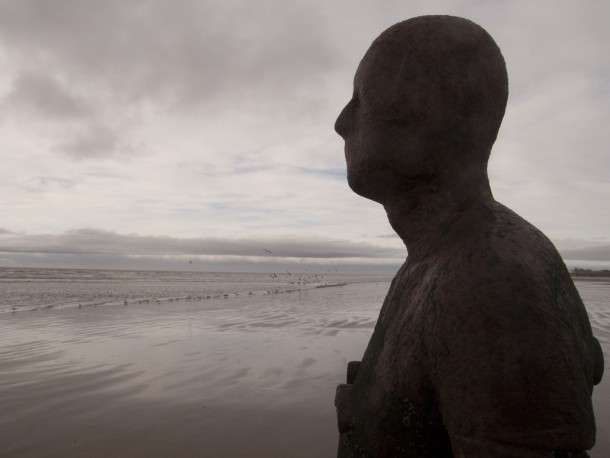 On Crosby Beach, one hundred cast iron sculptures look out to sea. The installation, entitled Another Place, is made up of statues modelled on artist Antony Gormley’s body, and was originally displayed at various locations in Europe, but has now found its permanent home on the beach in Merseyside, England. Throughout the day, depending on the tide, the sculptures are at various levels of visibility, with some becoming practically immersed by the incoming tide.

This year marks ten years since the installation was permanently housed at Crosby, and the effects of nature have begun to take their toll. Over time, the statues have deteriorated, with barnacles attaching themselves to the sculptures, which have fallen victim to the erosive nature of the sea’s tides. It is not just natural forces though. The statues are a major tourist attraction for the Liverpool area, and they are sometimes adorned with hats and football shirts. The open nature of the installation also means that interaction with the sculptures, both of the human and canine kind, is possible. All of this begs the question: why is it that we go to such great lengths to preserve certain types of art, while leaving others to stand the test of time? 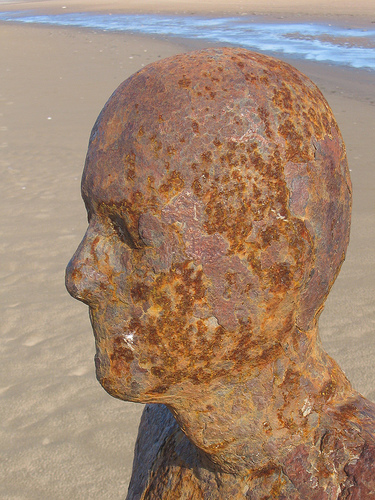 The majority of traditional art galleries now have fairly stringent rules about public attendance, with specific rules about what cannot be photographed, and with some rooms dimmed to ensure that light has a minimal effect on the works of art. The thought of walking into a gallery and being able to physically interact with the art is almost inconceivable. Admittedly, many of these particularly valued paintings are considerably older than Another Place, and are held in much greater esteem by the art community. However, there does seem to be some inconsistencies between the way we’re willing to protect these works of art, while allowing others, such as Gormley’s statues, to fall prey to the effects of time, nature, and human interference.

Perhaps Another Place is an installation that is suited to deterioration. Its location is not an idyllic beach retreat; the background of photographs of the sculptures is often populated with large cargo ships. Add to that the wind farm that is also located out to sea, and it would be ridiculous to attempt to make the installation something of perfection or natural beauty. With evidence of the industrial history of the area surrounding the sculptures, their degradation is a way of allowing them to fit in with the surrounding landscape. If they were in pristine condition they would be contradictory to their location. 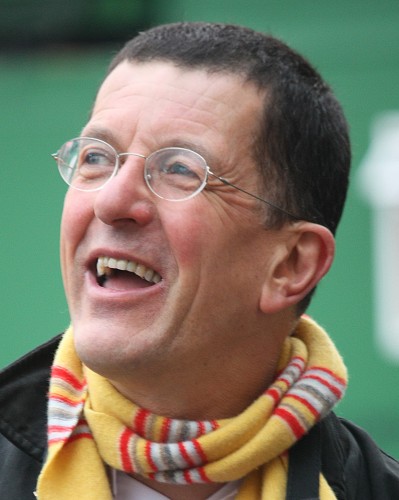 Similarly, the fact that tourists and locals alike are welcome to explore the installation without any rules in place adds to the impact of the sculptures, and stops the art from becoming a commodity. If they were to be surrounded with security guards and have measures put in place to keep them in good condition, the installation would lose its natural appeal. The lack of preservative interference in the sculptures allows them to slowly become a part of the landscape in a way that other works of art cannot.

This is particularly important when you consider the journey that the installation has been on to become a permanent fixture. The sculptures were particularly contentious, with claims of safety problems from coastguard authorities, and suggestions that the sculptures are pornographic from members of the local community. However, Another Place has retained its position on Crosby beach, with Gormley himself discussing in an interview with the Liverpool Echo how perfect of a location the beach is. If barriers to the art were to be put in place to prevent human interaction, the installation would lose any of the attraction that makes it a favourite among the local community and tourists alike. 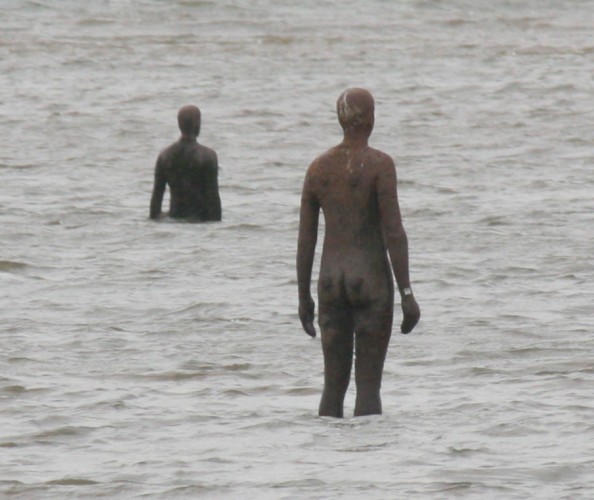 The continued deterioration of Another Place, is what makes the installation so interesting. The sculptures are ever changing, and with this they take on a whole new metaphorical meaning. It is the changes and degradation of the sculptures that keep them relevant and fascinating. If Gormley himself says ‘I’m just delighted by the barnacles!’ then who’s to argue with him?