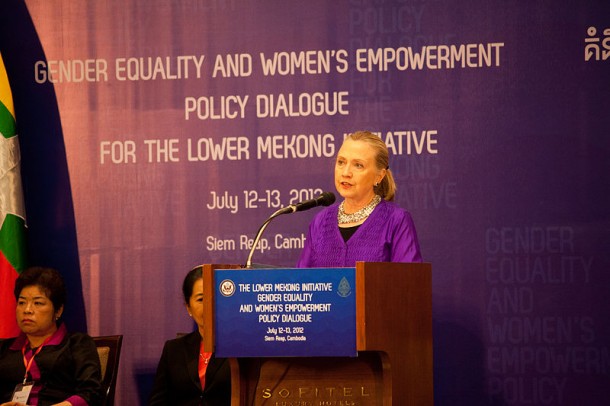 Since the Suffragists’ days, the Women Empowerment Movement has come a long way. But how far will it go on a global scale? In many parts of the world, women are still prevented from enrolling in schools, opening bank accounts, driving and conducting many other normal daily activities. Although it seems that women empowerment has become an overused term in the mainstream media nowadays, the topic is still relevant due to the lack of changes and actions pertaining to the movement. From a moral and ethical point of view, gender equality should be the norm of any civilized society.

The New York Times’ most recent report on the enslavement of women and girls from the Yazidi community by the self-described Islamic State stands to demonstrate another forcefully imposed suppression of girls and women. Even for highly religious or conservative societies where the ideas of women empowerment have seemed slow to spread, gender equality is still likely to prevail due to its being economical, as well as ethical, a point supported by the World Bank

Investing in young girls’ futures and empowering women have been proven to boost prosperity for their families and communities. Empowering women through education is an especially effective way to speed up economic growth while promoting gender equality. Yet according to a report from The Guardian, while women make up 70% of the world’s working hours, they earn only 10% of the world’s income. On top of that, many cultures retain traditions and obligations that restrict women’s independence, education and earning power.

Speaking at a meeting in Saudi Arabia in 2007, Bill Gates was asked whether he thought the country would be a competitive global economy by 2010. He responded that “if you’re not fully utilizing half the talent in the country, you’re not going to get too close to the top.” Over the years, more and more economists are pointing to gender inequality in many countries as the root of their economic downturn or stagnation.

The No Ceilings Initiative – an organization using a data-driven approach to gender equality – launched a campaign called #NotThere to demonstrate the significance of women in economic growth. On International Women’s Day this year, women’s faces were taken off from major billboards, magazine covers, ads, videos, books and posters to echo the progress of gender equality in the United States, meaning: We are not there yet. The awareness campaign, unsurprisingly, also shows the large extent to which women make up the economic entity of this country.

However, as much as gender inequality exists in the U.S., compared to many developing countries, women living in the West enjoy much more freedom to pursue their desired future. In other words, one of the reasons why poverty persists in some countries might just be because their women are cut out from the economy; they are not allowed to be there. The mission to decrease and eliminate global poverty is an ongoing effort. Many approaches have been tried to bring wealth to poverty-stricken communities, yet women empowerment remains as one of the most effective and underutilized routes.

It might not be a fix-all solution to global poverty, but when women are involved it will have a dramatic effect. The global economy can only go so far without the involvement and participation of millions of women waiting to help make better communities and a better world.