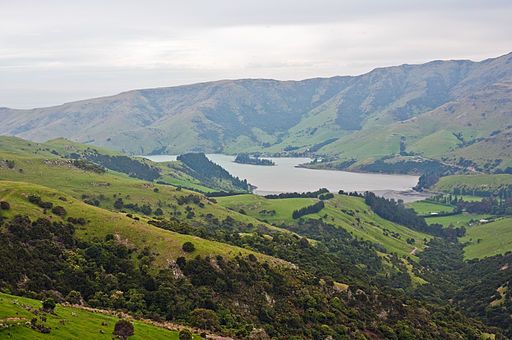 To Emigrate to Oceania: Comparative Facts

Once upon a time, in a far far away land, Oceania.

Regardless the distance and blurred future perspectives, many Europeans have proven lately the common desire to leave the old, safe but un-exciting Europe and look for real adventures on the other side of the world.

It is probably this – the idea of being someone else on such a far place-  that pushes an increasing number of young graduated people, or workers,  into the wilderness of a different and legendary world. Because of the dimension that this immigration phenomena is acquiring, I like to call it the “New el Dorado”.  Australia, New Zealand (but also Fiji Islands and many other dry lands of the Pacific area) have something that seems to fulfil every juvenile need, from amazing natural places to exotic and friendly people.

It is not as simple as. For Europeans, possibilities vary depending on your nationality and on the bilateral agreements that Australia or New Zealand have implemented with your country.

I asked an Italian backpacker friend to explain what he had to go through before heading to New Zealand. He was one of those young graduates wishing to feel the thrill of living and working overseas and he admitted being extremely satisfied with his journey.

For New Zealand and Italy, things seem less complicate than other countries that many of us long to reach, like Australia or Canada. You just have to fill in a fast online survey in order to declare that you criminal record looks fine. Furthermore, you must prove that your financial funds are enough to cover the first months expenses– at least 4200 $, which means more or less 3000 euro- , need to pay your Visa, to add a medical private insurance and of course, to buy your ticket flight.

After 10 days, the New Zealand’s government sends a response. And if everything is ok, you are ready to leave.

My Italian backpacker friend was a good source of information especially since he travelled all over New Zealand during 15 months and he was able to meet many different people, to catch feelings, to embrace cultures and to understand some ongoing issues. This is what I’ve learnt after a long story-telling session.

Compared with Aussies, Kiwis are universally appreciated as more friendly, less racist and intolerant. This is probably because Australia is facing stronger immigration flows already since thirty years by now and what is more, the cultural mix of immigrants had been huge and uncontrolled. It goes from Europeans, to Latin Americans and especially Chinese, Korean, Indian, Vietnamese. Numbers are high and many of them reach Australia to find a random job and acquire the citizenship.

New Zealand’s numbers instead, are quite different. The greatest part of immigrants now is just made by backpackers that obtained a working holiday Visa. Among Europeans, Germans hold the first place, followed by French or Czechs, British and Spanish. There’s also an incredible strong presence of Argentinians and Chileans. People coming from these countries usually emigrate to work within the fields or find a simple job in a farm. Jobs vary from picking, harvesting and collecting fruits or vegetables to working in some hostel while enjoying other adventures. After one year, when Visa expires, they just go back home.

Another group of backpackers’ immigrants come from Asia. First of all, Chinese, Myanmar Chinese, Koreans. These ethnic groups tend to work more inside factories and to find a stronger cultural allure of just working ad gaining easy money.  Plus, Chinese have more facilities in obtaining Visas or renew it.

And finally, Indians are those who quite often leave their country to just settle down in the Pac islands. Indian communities are those who generate more racist episodes especially in Australia.

It is impossible to give a general or objective opinion about immigration in Oceania. Everyone has different expectations, but it also depends a lot from which cultural environment are you coming from.  While Asian people have random profiles and move to New Zealand because they have more opportunities of gaining, European people that choose to live this kind of experience are usually wealthier, graduated and perfectly aware of the kind of jobs they are going to find. They are ok with working in farms, with picking kiwis or cherries during a couple of months, while relating with a wide range of different people and measuring with labour force.  It is a life choice.

To find a job is easier, if you really want one. The government grants a fixed minimum salary, which is 14,25 $ per hour and unless you decide to work “under the table” on your own risk (some employers still force workers to black money) it can’t really be said you are exploited. The big difference is that sometimes contractors prefer to deal with Asian people than hiring Europeans, since many of us appear to be too qualified or just pickier than for example, Chinese labour force.

Last but not least, the Kiwi’s dream can be extended if you want to. National policies allow Visas to be renewed up to three months more  if you are able to demonstrate to have worked at least 3 months in farms.

Aussies indeed, are a just a little bit tougher. Four months of demonstrated work in farms and you can stay in the kangaroo’s land for another year.