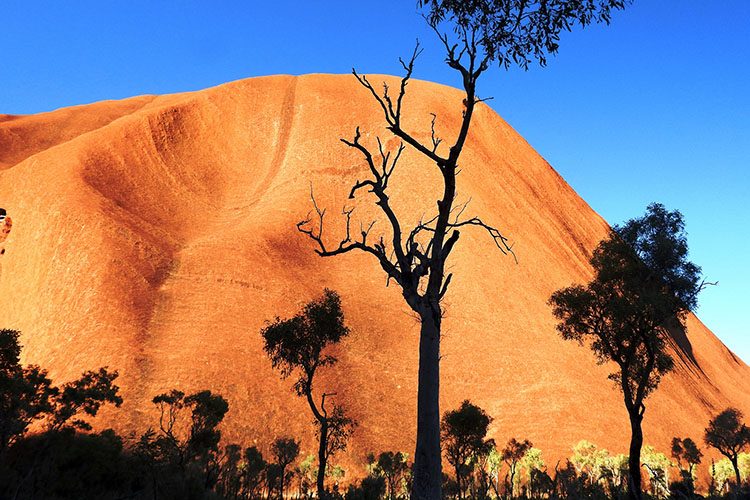 This article is the second in a series titled “ChroniclOZ” by Matteo Fabi, co-founder of  the blog Blobally, who will be working abroad in Australia for the upcoming months.

The time has come. After three years living in London, I finally decided to explore other seas, far beyond the European borders. Indeed, in the UK the “all welcome and free to work” attitude is getting different, especially after the Brexit vote: it is going to take a while before the policy is fully implemented, but a couple of months ago, I started to clearly perceive that the atmosphere was changing in the old empire. Thus, I took the unexpected outcome of the vote as a “sign”, one of those you can’t just ignore.

Actually, during the last year, I had already spent several months far from the land of bobbies and poppies: I quit my job in London twice, and went exploring the South East Asia, which I grew fond of. So, at the age of 29, keeping up with my project of becoming a freelance photojournalist and writer, I decided to take my camera and backpack, and set out. But where?

The striking feedback came from a friend who I used to share a flat with, under the leaden British sky. “Matteo, we are having quite a lot of fun, and saving quite a lot of money over here. I know you. You should really come and join.” Where did the call come from? Sunshine Coast, Australia. Wouldn’t you move in a place with such a shining name? If your feet were as itchy as mine, I guess you would.

Once the fascination of Australia hit me, it did not take me a long time to organise my new, exciting journey. Here there are the simple steps you should follow, in order to smoothly land in “Oz“, as the Aussies call their own country.

Working Abroad in Australia: My First 30 Days in Melbourne

Australia offers a wide range of visas to newcomers. Considering your purpose of going abroad, your nationality, and the length of your stay, you should easily find the most suitable for you just using the Visa Finder tool issued by the Australian Government on its website.

Personally, as an Italian citizen who applied before his 31st birthday, I was allowed, in a few simple steps, to fill up the online form to request a Working Holiday Visa (subclass 417). It entitles me to live in Australia for up to 12 months, generally not working more than 6 months with the same employer, and attend courses for up to 4 months. In case of completing, during the first year, three months (or 88 days) of specified work in a regional area of Australia, I would also be allowed to renew the Working Holiday Visa for a second year.

Once you get your Visa, you can go ahead with booking your flight. Australia requires you to come with a 5000 $AUD worth deposit in a bank account on your behalf, plus 1000 $AUD if you do not have a return flight booked.

This is not clearly stated as compulsory anywhere on the official websites, and fellow travellers have told me that seldom do officials actually check your financial background. I, in fact, did not get checked.

Some online forums explain how bringing with you a copy of the balance of your relatives’ bank account, with the mentioned amount on it, would be fair enough to satisfy the border authorities. Yet, the compliance with this rule is completely up to you, of course.

Accommodation in Australia is not cheap. I landed in Melbourne, a quite expensive city. A bed in a hostel costs an average of 25-30 $AUD per night. A double room comes around 40-50 $AUD, with AirBnB offering the best bargains, especially in big towns. Any meal taken down the streets would require a 9-14 $AUD investment. Thus, even considering to look for a job straight away, and finding it quite soon, I would suggest to come with at least 1500 $AUD in your pocket.

For the second time in my life, I personally tried to step into a new environment through the Couchsurfing hospitality platform. On this website you will find people willing to host and show you around the city for free, just for the pleasure of sharing. I will tell you about this great experience I had, and give you some tips in order to do the same, in the next posts to come.

Australia is quite a big land. Only 23 million people, barely one third of the Italian population, live in the sixth largest country in the world. There is a lot to see and a lot to do, therefore a lot to move around. You do not really want to carry your fancy trolley all over this subcontinent, do you?

I left with a 70lt trekking backpack on the back, and a 20lt one on the front, and they proved to be fair enough. Remember, here in the Southern Hemisphere summer comes around November and terminates in February. Depending on where you go, though, you may not need winter clothes anyway. For example, in the Queensland state, a renowned destination among backpackers, the average daytime temperature goes from 25° in July to 32° in December and January.

What else should be in your backpack?

As usual, there are plenty of travel insurance options you can easily compare and purchase online. To be mentioned though is the following: Australia put in place the Reciprocal Health Care Agreements, under which the citizens of certain countries (Italy and the UK, amongst others) get the costs of essential medical treatment covered. It is not compulsory to come Australia with travel insurance, and that is exactly the way I did.

Before moving to Australia, I have spent much of my time in big towns: the flawless Milan, the majestic London, and the manifold Kathmandu. Australia appears to be a huge territory, with a rich and varied nature, and few interesting cities scattered among the immense wilderness. Since I began thinking of leaving Europe, I wanted to go far, and I wanted to go wilder than I ever did. This is the last land on the Earth to undergo the so-called “Western” civilisation, which began here not more than two centuries ago. I have always fancied remote places, and this new adventure thrills me.

If you feel that call, too, but you still don’t feel ready to go, just travel with me.

In the next few posts, I will take you hand in hand, and we will live together this journey through people, places, and life.

Have you recently moved abroad to Australia? Do you have any useful tips for those interested in working abroad in Australia? Feel free to comment below!