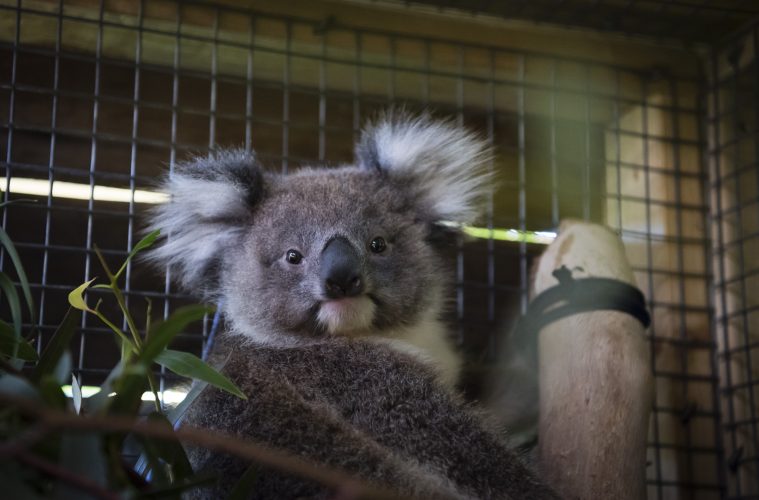 Australian Wildlife Rescue: Who Would Have Thought it was Like This!

It started with a koala sitting in a pot plant in my backyard in South Gippsland Victoria, Australia. It was very cute and obviously suffering from mange. Mange is a mite that burrows under the animals skin and causes lesions. The problem for a mangy koala is that the lesions become so encrusted that they can no longer grip their food source of gum leaves or climb their beloved gum tree for protection. This forces them to stay low to the ground, which makes them more vulnerable than they normally are.

To help this cutie in my pot plant, I rang the local wildlife rescue service.

It started a chain of events that I could never have imagined. There is a secret, silent army of volunteers who swing into immediate action and go to great lengths to save the injured wildlife. Bless them.

If the mange in my koala had not been so advanced, the local volunteer would have helped me to treat the animal on site until it was healthy again. As it was, it was decided he needed to be moved for treatment. Either way I was grateful for the wildlife support as a “place to go”.

It is quite distressing to see one of Australia’s native animals so defenseless and so in need. 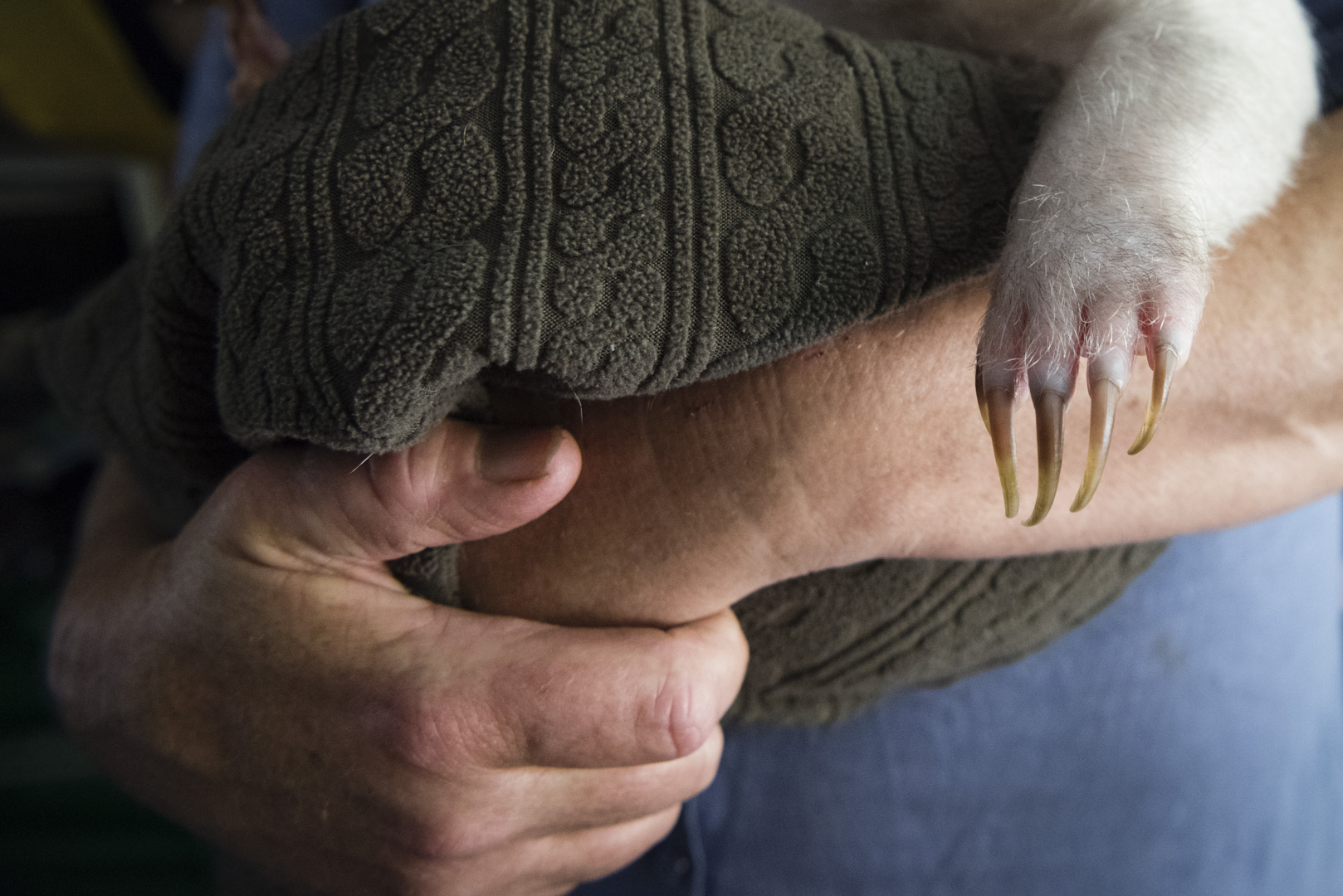 Central to the rescue was Sue Moore who runs the Tarwin Lower Wildlife Shelter in South Gippsland.

To get behind the scenes of the shelter, I visited Sue and followed her around the menagerie of rescued animals she has there.

At the time of visiting there were 4 young wombats, 3 koalas, 2 possums, a joey kangaroo, a joey wallaby, (cute as) a dog and a partridge in a pear tree. The partridge bit is not true of course.

Even though sick animals don’t usually land in a rescuers backyard, a maimed Galah actually did while I was there. Sue thinks it was clipped by a car and would need to recuperate for a few days before being released. She collected it and popped it into the birdhouse so it could safely catch its breath.

It all started 10 years ago when Sue was asked to care for a sick wombat baby found on her property. It was rescued from its dead mothers pouch. Sue called him Wilbur and nursed him until he was able to fend for himself before being released in Yanakie.  According to local sightings, and as far as Sue knows, Wilbur is still alive. 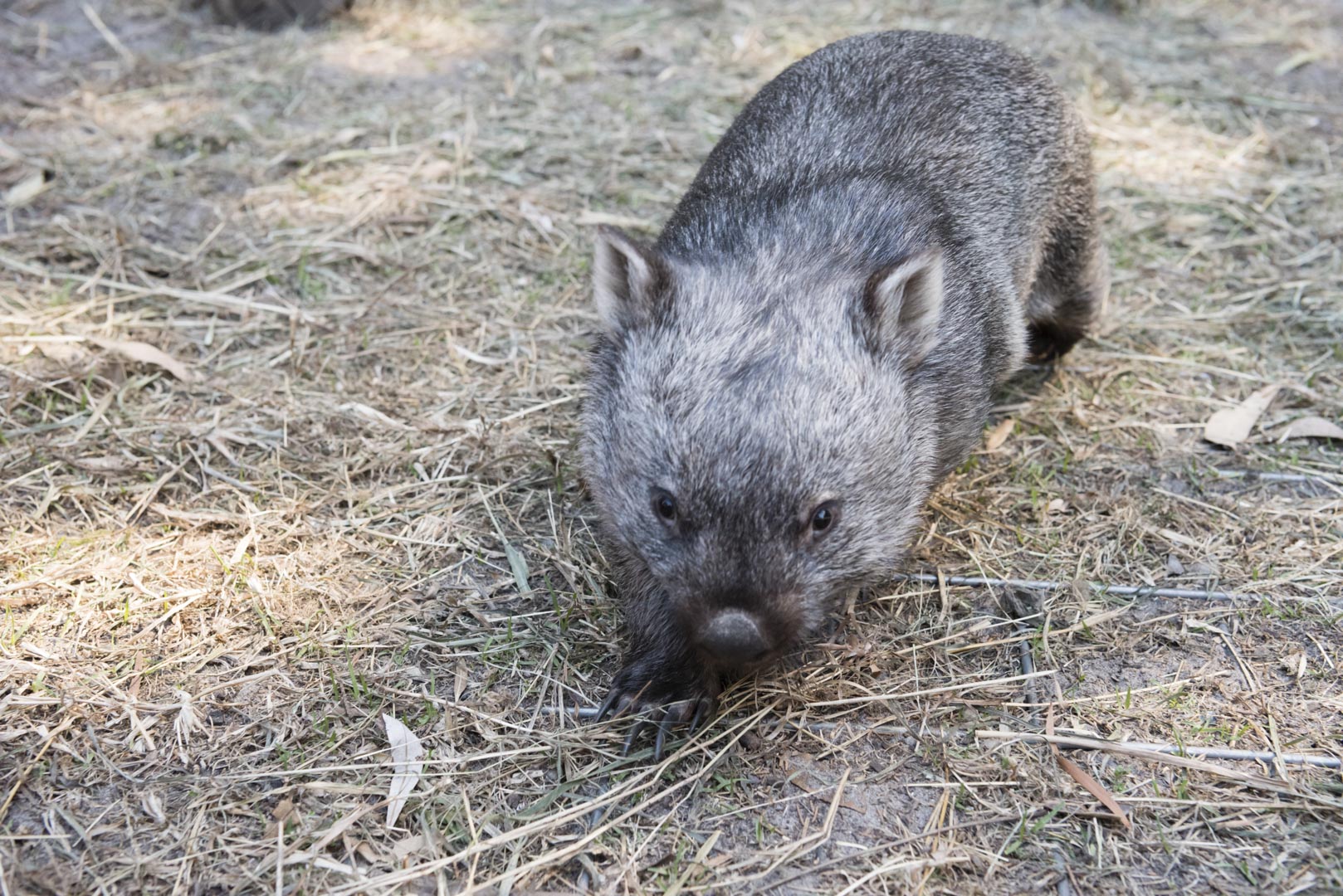 Wildlife rescue is an innate calling. Sue has been surrounded by pets and animals all her life.  For this grandmother it is now a lifestyle that she shares with Michael, her supportive husband of 37 years.

The day begins with bottle feeding the babies at 6am, then hi ho, it’s off she goes to her part time work, chores, drawing classes or spending time with the grandchildren. Later in the day, Sue sources specialized grasses, gum leaves, fruits and various native gourmet foods for the animals. They cannot be fed manufactured food, unless they are suckling babies, for which there are special formulas available. Sue teaches them to recognize what they can eat in the wild in preparation for their release and in the case of birds, teaches them to swoop for their food. 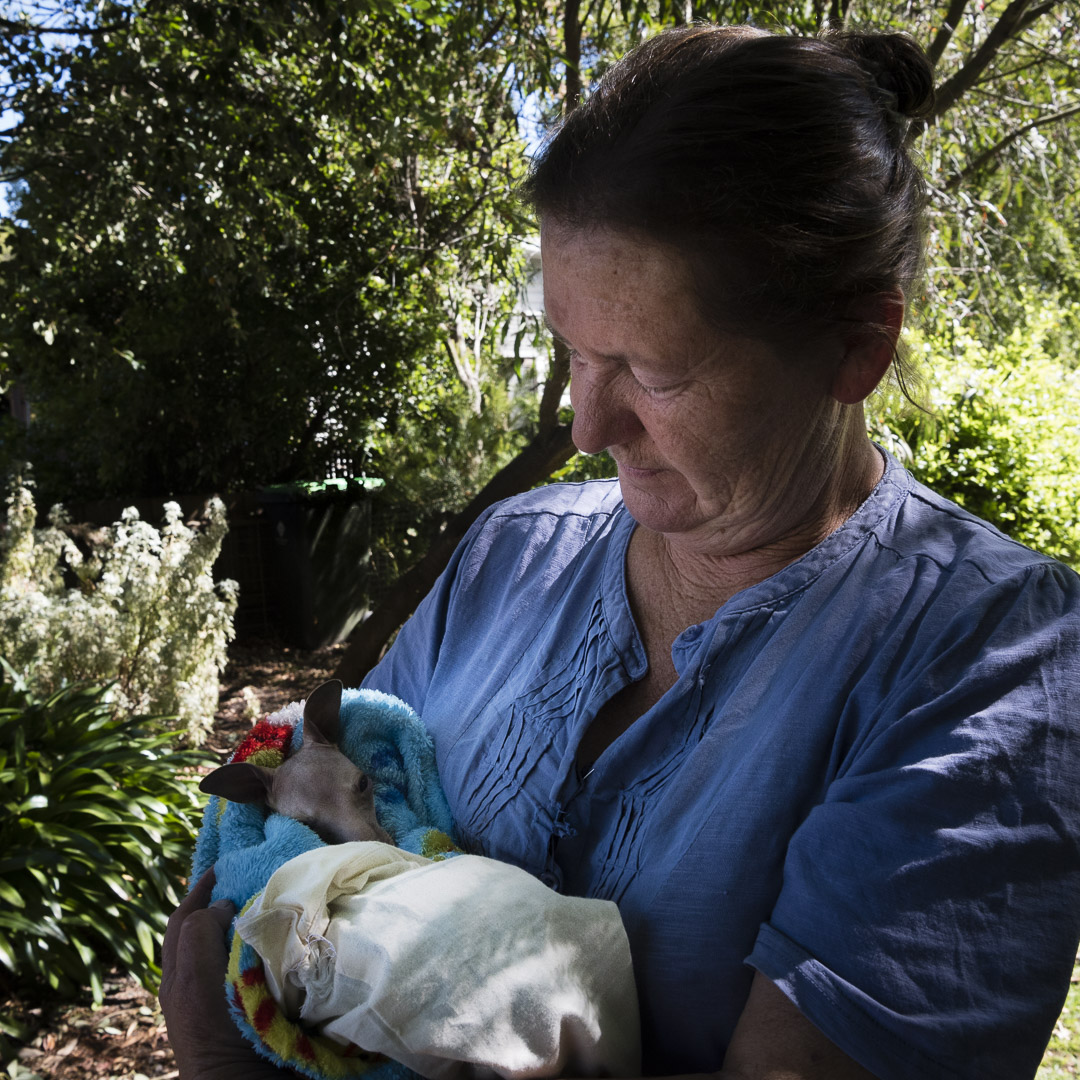 The day continues on with feeding the animals, cleaning their habitats, redressing the surface areas to keep the natives dry and warm, feeding the babies again, which happens four times a day, toileting them regularly as well as oiling their teeny tiny baby skins. In addition Sue collects wildlife in need, accepts wildlife, catches wildlife, answer a myriad of calls, sources and dispenses medical supplies, visits the vet clinics and organizes the other rescue volunteers. I’m exhausted already and I am only following Sue around watching, as a lot of that happened while I was there.

In her “spare time” Sue keeps up with the relevant guidelines and legislation as well as researches each breed so she can provide the best care and talk to them in their language. Sue works with dogged determination, pure passion and good humor.

Once, a mauled koala with a badly damaged paw that needed cleaning and dressing daily was brought into Sue’s care. The koala protested and resisted with all its might until day four when it just held out its paw for the dressing change. He knew he was in safe hands.

There are the funny stories too, like the drive along a corrugated dirt road to release the wedged tail eagle that wanted to flap its expansive wings in protest of the drive. And the stranded cormorant tangled by fishing line in the middle of a river that saw both Sue and the bird end up in the river.

Then there was the 6ft lace monitor that worked itself free in the vet’s surgery and caused the staff to move to higher ground.

When the native bundles land in Sue’s hands they get a second chance at life and that is more than most native animals get. Their environment is already harsh and they have quite enough on their paws just to survive the vagaries of their climate and growing populations. 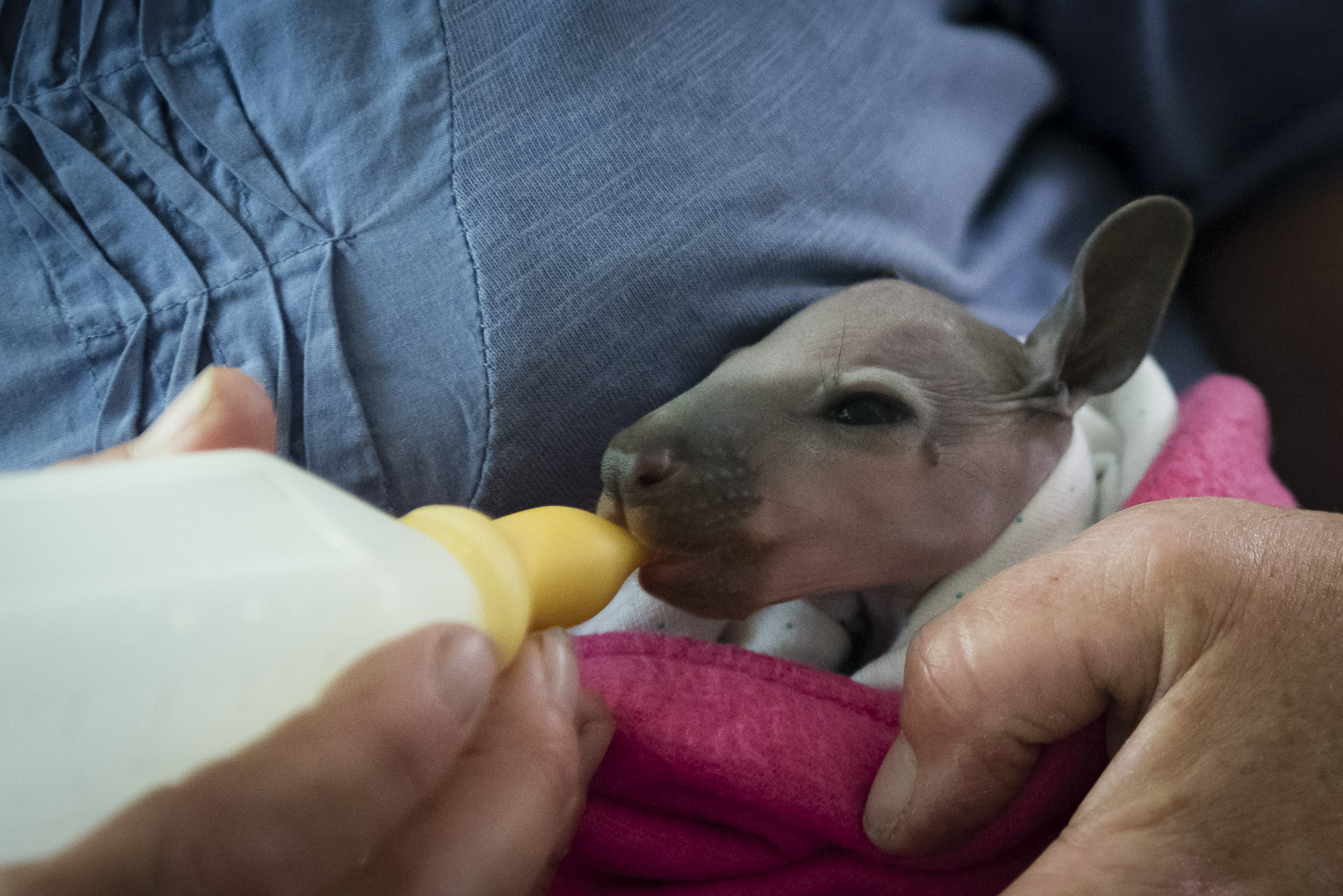 As I was leaving, another volunteer handed over a joey kangaroo that had been rescued from its dead mother.

Sue is one of the many South Gippsland’s wildlife warriors and animal whisperers who, along with the other wildlife volunteers in the area, look after the injured, sick and orphaned Australian native animals.