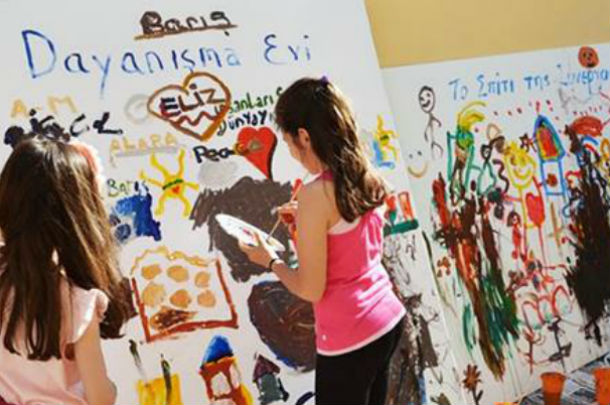 The War That Isn’t in the Media

Since 1974 there is the Cyprus dispute. This name is commonly used to define the situation of tension and war between the greek Cypriot community and the turkish Cypriot community. Years of history have created more rifts between the Republic of Cyprus, also a member of the European Union, and the Turkish Republic of Northern Cyprus. Although the situation is always discussed by the political point of view, to suffer the most consequences of this division are the inhabitants of Cyprus. 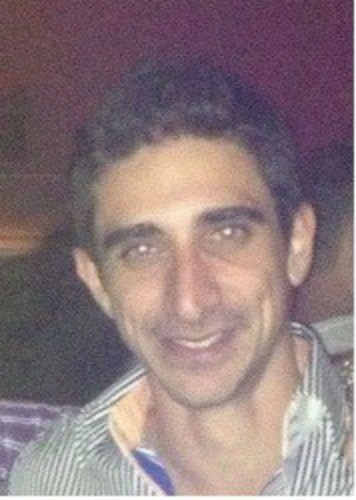 Asking Giorgios what is the situation and what really people think about it, it’s clear that the problem are deep-rooted, but there is also a huge wish to solve it: “Before a lot of years both communities were living in peace without any problems. But in now days the situation is not the same. The previous generation does not accept the other community because as they say, ‘It’s their fault’ and with this they mean that responsible for the war was the other part. Unfortunately during the war a lot of families separated, some of them are still staying in the other part of the island, some families lost their houses and become refugees in their own country. But the younger generation has another point of view. The younger generation in Cyprus believes that can change this situation and try to bring peace in the island”. 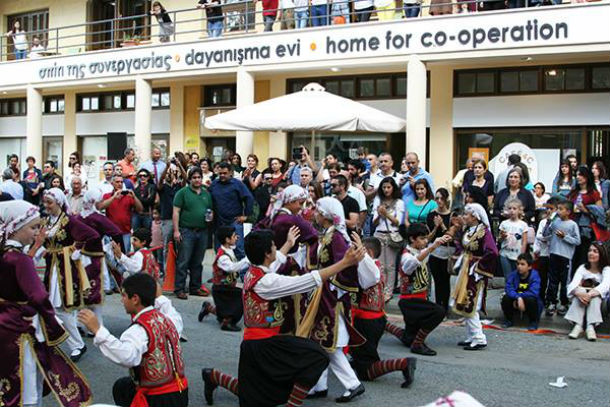 Wish of peace, and big willpower, pushes the nation’s youth to play an active role in try to find a solution for the division, not from a political side, but from the people. Giorgios is part of this segment of the population that does not accept that their nation is divided.
“This movement that starts from the Peaceful activists in Cyprus and the younger generation spread to the politics of the country and now the president of Greek-Cypriots Nikos Anastasiades with the president of Turkish-Cypriots Mustafa Akinci are closer than ever before to find a fair solution that the two communities can live in peace with trust. The people and the associations that want to leave in a Peaceful island organize several events, courses or trips to the other side to help this situation comes to an end”.

Active part of one association, Georgios organizes with them many events to sensitize the population, of Cyprus but also from the other parts of the World, because sometimes the situation is unknown out the borders of the Country
“The Cyprus Youth Council, were I am at the pool of trainers, this week is starting a Training Course with the title ‘Give PEACE a chance’. The Training Course will be about Peaceful education and we will have participants from Cyprus (both sides), Turkey, Greek, F.Y.R.O.M., Israel, Palestine, Russia and Ukraine. And I think that these small steps are helping to create trust for the humanity”.

As Giorgios said the solution is not so far, but as in each situation there is someone who obstacles the Peace, and who doesn’t understand why is so important.
“Unfortunately there are and some people that don’t want the solution. Usually these people are the racists and the anarchists. Although there is and a big part of the citizens that they want some more time to accept it because the wounds of the war are still open and may they lost a member from their family and so on”.

Find the peace is not difficult when the two communities are almost the same. In this case could be problematic, but for sure not impossible, find the way to make coexist also that things that are very different, like the religions.
“A big problem as well are the churches. Most of the Greek-Cypriots are Christian-Orthodox and most of the Turkish-Cypriots are Muslims. So and the churches have their influence to the citizens of Cyprus. But I strongly believe that the citizens in Cyprus want peace. I think now is our time, now is the Cypriots time to show to the world that nothing can be barrier to re-unite our country. We have the power, the dream and the momentum to work for this direction. We are living under the same sky, now is the time to live and without borders, in a peaceful country”.

“You may say I’m a dreamer, but I’m not the only one. I hope someday you’ll join us and the world will be as one”. John Lennon