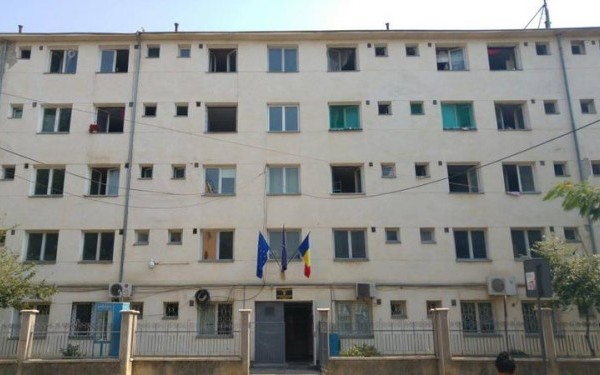 Migrants and Refugees vs. Romania

European Commission published new calculus last Monday, according to which there are 160,000 refugees to be relocated around European countries. Based on this decision Romania was set to take in 6,351. Romanian President, Klaus Iohannis, is not opposing this intention of sharing the burden but he repeatedly stated that Romania is not able to take proper care of so many of them. “I don’t think that mandatory quotas are the solution (…)”We can take maximum 1,785 people” Iohannis told a news conference. Thus the country is to start receiving refugees in November.

Romania has 6 immigration centers which can barely shelter up to 1,000 refugees. The presidential adviser, Mr. Leonard Orban stated that the “Offer was made by the Government of Romania and it’s the following: 1705 migrants for relocation within EU’s borders, more specifically to receive people relocated from Greece and Italy, for a period of two years, starting with November 2015. Regarding people coming from outside of the EU, we will accept 80 persons, also for two years. In total the offer made by the government is of 1,785 persons. (…) I want to emphasize that is a personal opinion: Romania is completely unprepared for integrating migrants.” Romania has already 913 persons who requested asylum only in the first seven months of 2015. On top of this there are 3.373 of applications for asylum from 2013-2014 according to UNHCR.

These 6 refugees and immigrants’ centers are spread around the country: Bucharest, Giurgiu, Galați, Șomcuta Mare, Rădăuți and Timiș. They can provide water, food, housing and consular services. All of them are under the control of the General Inspectorate for Immigration, which has its central headquarters in Bucharest. The GII deals with the applications for asylum (which helps migrants to obtain the title of refugee which allows them to work) either if they are requested from within the country or from the border, with the assistance and housing of the new comers. The centers have a so called open regime which allows the migrants to leave from the center between 6AM and 10PM. They can also travel outside of the county where they have been assigned but only after informing the center. Of course, they can move out of these centers if proved they can support themselves, but firstly they need to inform GII about their intentions.

According to national law nr. 122/2006 asylum seekers have 3 lei/day for food, 1,8 lei/day for housing and 60bani for other expenses, which gives them a total of 5.4 lei/day, which is no more than 1,22 €/day. They should also have free access to primary and emergency medical care, medical assistance and treatment in cases of acute and chronic illnesses. Moreover, children have access to schooling the same way as Romanian scholars. There are also different programs that deal with cultural inclusion and access to the job market but only after their applications for asylum have been approved or after the expiration of one year since they first requested it.

Adina Florea and Mihai Ivascu from hotnews.ro visited the center in Bucharest where they met a girl from Armenia who introduced them into her new life here. They encountered an old building, opened in 1999 and that can shelter up to 320 people. The place has not been reconditioned in the last 15 years and it also has a 2m tall cement wall in front of it, not to say that the windows in the back of the building are gracefully decorated with bars. Lili says that the conditions in which she lives day to day are not that great, for example, when she arrived she had to buy her own light ball, as it was completely lacking. According to an order from the Ministry of Internal Affairs this should not be happening, on the contrary, asylum seekers should be welcomed under proper lighting, heating, ventilation and sanitation. Not to mention that according to order 121, art. 30, from the same Ministry, the migrants are entitled to 3 meals per day but according to Lili this is not exactly the way things happen. The same order also restricts the usage of a personal mobile phone, which can only be used if asked for permission, with the condition that the phone does not incorporate a camera. Guests are not allowed to use their phones during their visit at the center.

What seems to be the biggest problem of Romania in this context is the lack of wanting to reach a consensus. The public figures, politicians and not only, get stuck in debates of egos trying to prove who is wrong and who is right, while the public is inspired to do exactly the same. If somebody has enough patience to read the commentaries at the end of news, articles, features etc., which are talking about the migrants and refugees’ issues, the opinions are extremely strong and stubborn, nobody listens but everyone is right. Luckily there are some groups like Refugees, welcome to Romania where people are actually talking about how to act for the best possible outcome to arise. This is not an easy problematic, it is not something that can be solved overnight, nor that can be predicted, it is something that challenges adaptability, understanding, patience and action.

Romania is going through a difficult period, trying to realize how to deal with a complicated issues. It is not something that can be solved overnight, nor that can be predicted, it is something that challenges adaptability, understanding, patience and action.