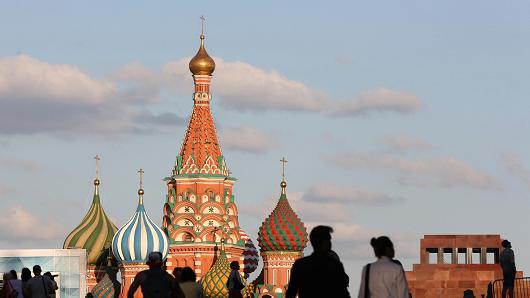 Is Russia’s Economic Nightmare Coming to an End?

Since the imposition of economic sanctions by the European Union and its allies in the midst of the Ukraine crisis last year, Russia’s economy has experienced a turbulent period of decline, and with a collapse in the all important oil price, it seemed as if this deep recession was here to stay.

However, over the past few weeks, some reports have emerged that suggest Russia may have seen the worst of this economic crisis, and the light at the end of this long tunnel may be beginning to shine a bit brighter.

Russia’s Minister for Economic Development Alexei Ulyukayev announced that whilst the Russian economy was set to contract by around 3.9% in 2015, it is becoming increasingly likely that 2016 will see  growth in the embattled economy of up to 0.7%.

The emergence of greater optimism in the Russian economy is thanks, in part, to much-praised actions of Elvira Nabiullina, the Governor of the Russian Central Bank.

The Central Bank has overseen a rapid decrease in interest rates in Russia which has given companies and businesses more flexibility in what has become an increasingly contracted marketplace.

Business leaders within Russia seem to agree with the official line of the government, with Alexey Kornya, CFO of Russian Telecom giant MTS, projecting a similarly optimistic view of the immediate future of the Russian economy in an interview with CNBC.

“Generally, from what we observe in the market, we think the worst has already been experienced”, Mr Kornya stated, “We feel there is space for new businesses and new experiences for consumers…”.

And whilst optimism around Russia’s economy may be increasing, one issue that is still yet to be resolved is the country’s heavy dependence on its resources and commodity sector.

Kornya warned, “It is still a challenge in the Russian economy to reduce this commodity dependence and to go into new sectors”.

External institutions have also expressed some concern at the growing optimism surrounding Russia’s economic prospects, with both the World Bank and the International Monetary Fund stating that whilst it seems Russia is on track for a 3.9% contraction in its economy in 2015, it is very unlikely that it will see any growth in 2016 or possibly even 2017.

“Adverse external conditions pose a serious challenge to short-term growth prospects”, the World Bank said in a report, alluding to the volatility in the oil price, “A failure to adopt sufficiently deep and sustained structural reforms could leave the country trapped in a low-growth equilibrium”.

Additionally, with major lenders like ING still advising caution to their clients, stating that Russia’s “growth story looks weak”, it seems that this is a time for a more restrained sense of optimism when assessing the immediate prospects for Russia’s beleaguered economy.