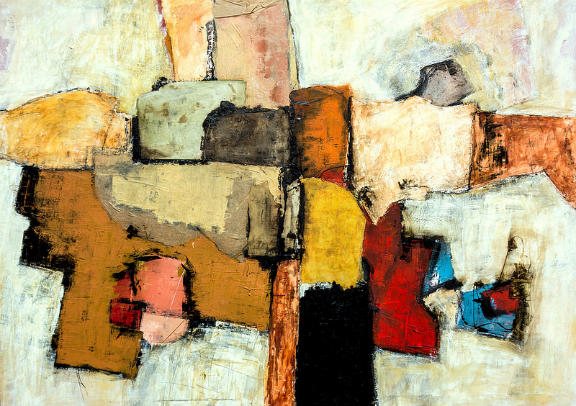 Contemporary Art: Why not in Latvia?

Latvia is not the most obvious place to come in search of contemporary art. It’s not United Kingdom, it’s neither Germany.  But then, the meaning of Mark Rothko’s paintings is not exactly obvious, either.

Latvia is an art center, definitely; this’ above all thanks to the Latvian-born artist’s paintings, permanently shown on display. The Art Centre in Daugavpils has become on of the first Eastern European venue where people, Latvians first of all, spread their pride; finally, his native country have Mark Rothko’s works back.

Well, you’ve probably heard of Rothko and – above all – his large-scale abstract art-works. He’s regarded as one of America’s greatest post-war artist. The art venue, built in Rothko’s city of birth – Daugavpils, opened in April 2013 and has attracted, since its opening, many people from abroad and moreover visitors to the center’s delight, included many Latvians themselves.

Mark Rothko became a giant of Modern art through his characteristic style, but arresting juxtaposition of blocks of color. Just to deepen, Daugavpils was called Dvinsk and that’s where Rothko was born in 1903. It is the second biggest city of the Latvian country, in the southern province of Latgale, close to the Lithuanian border.

Inside the Art Centre itself, beneath vaulted ceilings, there are interactive displays explaining the artist’s roots. He was born as Marcus Rothkowitz, into a middle-class jewish family. Unfortunately, the persecution Jews faced, encouraged Rothko’s family to emigrate to the USA when Mark was 10.

In the fortress, the ground floor room has six original Rothko’s paintings, loaned from his children, illustrating his development.

His one is a figurative working mood, no doubt.  His paintings have a powerful effect on the viewer; someone has talked about something like a “religious experience”.

Let’s remind that Rothko’s large sunset-coloured canvas “Orange, Red, Yellow” was sold at auction in 2012 setting a new price record for any work of contemporary art.

Rothko’s native city is not only lakes, rivers and birds; even if you won’t never imagine that Latvia would have some artistic points, whole country will deeply impress you because of the high level of architecture and craftmanship that there can be found.

Throughout the country, infact, you can feel a strong creativity and a great energy. Everything you can touch is palpable art, at all. You can also find spaces that incorporate the latest in technology: buildings are totally equiped with reading rooms, libraries and other cultural functions. Then, the gallery sure aims local market through events, workshops, symposiums: it also provides space for young artists from Latvia and beyond.

So, the venue in which we can find the Art Centre is not just a venue: besides that museum, infact, there’s also a way to entertain and educate. There are many activities taking place over there, that basically want to invite and stimulate both young and old people to involve them to taking part in creative sessions.