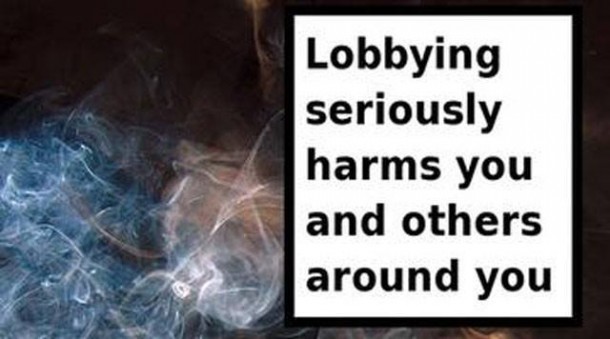 The Battle for Transparency in Tobacco Lobbying

Now that you have an overview of the traditional tools and methods deployed by industry lobby groups in Brussels, let’s plunge into the lobbying world of a ‘special’ industry sector working against public interest: the tobacco industry.

According to the data collected by the World Health Organisation (WHO), smoking kills six million people each year. This figure is expected to grow up to 8 million by 2030. The leading cause of early death and illness in the twentieth century is also big business, concentrated in the hands of a few big majors. By 2014, 84% of the market was controlled by a handful of Transnational Tobacco Companies [TTC]. According to Financial Times, Europe’s largest cigarette-maker, British American Tobacco [BAT] accumulated profits for 4.13 billion dollars in the six months of 2015. 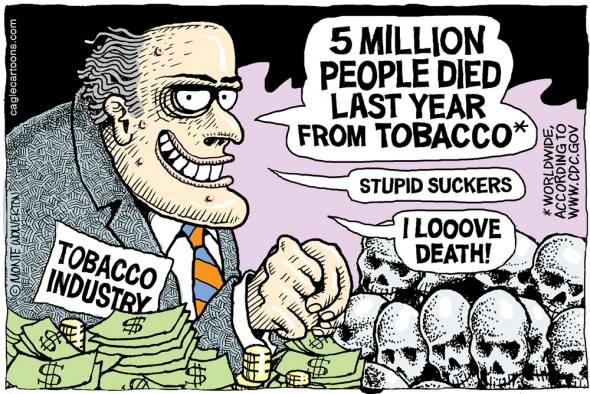 Laws and policies as an obstacle to profit

Tobacco industry seriously harms public health. This is why WHO Framework Convention on tobacco control states that tobacco industry shall not be granted the possibility to influence health policies in any manner. The “irreconcilable conflict” between this industry’s interests and public health policy interests is widely acknowledged by governments. Quite sadly, however, the European Commission has a long track record of secretive contacts with tobacco lobbyists. In the past, thanks to pro-transparency groups and independent journalists, tobacco lobbyists’ closed-doors meetings with EC public officials came into the limelight. And even after the Dalligate scandal of 2012, the investigative work has showed how they could still gain insight into planned legislation by targetting MEPs, and plan a strategy to counter new regulation on tobacco control.

Unsurprisingly, the EU Ombudsman Emily O’Really recently found that the Commission’s behaviour breaks UN rules. According to the Guidelines implementing art. 5.3 of the WHO Convention, policy makers and regulators should limit their interactions with tobacco industry representatives to what is “strictly necessary” for purposes of tobacco control. These meetings should be public “whenever possible”, and be held in an “accountable and transparent” manner. The image below shows how the EC was responding to a request for information on tobacco lobbying around TTIP trade negotiations only a few weeks before. Deeming the failure to comply with the WHO Framework Convention on Tobacco Control as ‘maladministration‘, O’Really’s staff gives new impetus to public health partisans’s battle against this industry. 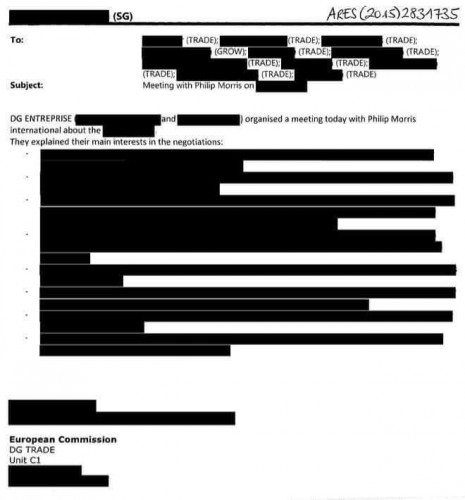 ‬Brussels, or the opaque world of politics and affairs

How come that a lethal industry is considered a legitimate “stakeholder” in EU decision making process, as any public interest advocate? Well, there are many, subtle ways to lobby on EU institutions to protect private economic interests. Just think that, since 2002, the EC applies cost-benefit analyses to its policies, which are called ‘impact assessments’. Their main goal is to keep into account the economic impact of new regulations on business. No, no exceptions are envisaged for Big Tobacco. And guess what? Tobacco majors were among the key actors in developing the guidelines in performing such impact assessments.

You look confused now. Well, it’s easier than you think. Think Tanks play a relevant role in the Brussels game. They set policy priorities, develop ‘policy analyses’ and define clearly the parameters in which an issue has to be debated publicly. The European Policy Centre [EPC] was the sole ‘think tank’ that took part to the group that helped the Commission to draft these guidelines. Among EPC members stand British American Tobacco and Philip Morris International. Multinational companies are eager to pay 10,000 fees per year to be ‘gold members’ of the centre and influence EU policies. The same tobacco companies also sit in the Trans Atlantic Business Dialogue [TABD], a front group set up in 1995. Officially recognised as the ‘voice of enterprise’ in both sides of the Atlantic, TABD has a prominent role in the ongoing negotiations for a trade agreement between US and EU. But this is another story. Tomorrow story.