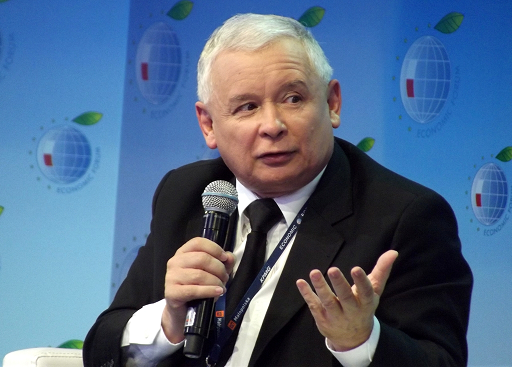 During the past weekend, the spotlight has been on Polish Elections.

Poland is not only the biggest of the ex-communist countries which joined the EU, but also one of the few EU countries which keep growing, financial crisis notwithstanding.

Considering the prolonged economic stagnancy in Europe, the migrant emergency in course (with no decisive agreement reached among EU member states), and the loudness of eurosceptic voices, it is easy to understand how much the election of the government in the sixth-largest country in the Union matters.

The Polish Parliament is made of a lower house, the Sejm, and an upper house, the Senate; parliamentary elections were held last Sunday (October 25, 2015) in both the Sejm and the Senate, with the victory of the conservative Law and Justice (Prawo i Sprawiedliwość, or PiS).

PiS, with 37.6% of the vote against the governing Civic Platform (Platforma Obywatelska, PO, who achieved 24.1%) won 235 seats in the 460-seat Sejm and 61 seats in the 100-seat Senate, gaining a majority in the Parliament. The designated Prime Minister is Beata Szydło, who has now the theoretical possibility of forming a one-party cabinet for the first time in Polish history since 1989.

What does PiS’s election victory mean for Europe?

Law and Justice is a soft eurosceptic party, which opposes further European integration and defends Polish sovereignty, especially in the moral-cultural sphere: it rejects whatever attempt to undermine traditional values, Catholicism, and Poland’s national identity. Its member share an unfavorable view of LGBT rights, and fiercely oppose migration quotas in spite of the migration crisis, believing that it would negatively affect the country’s values diluting Polish identity.

According to Aleks Szczerbiak, Professor of Politics and European Studies at University of Sussex, PiS’s international strategy could be described as atlanticist and hawkish on Russia: the so-called Jagellonian Policy promoted by the late Lech Kaczyński, twin brother of PiS current leader Jarosław Kaczyński, implies building a broad military and political coalition in Eastern Europe to counter Russian expansionism, but also advancing in a more assertive and robust way Poland’s national interests in Europe, counter-balancing the influence of major European countries.

Despite its conservatism, PiS does not appear to be  anti-European per se; when last in government in 2005-07, its anti-federalist approach proved to be more rhetoric than practical, since it signed Poland up to the Lisbon treaty. With its emphasis on the defense of Polish identity and values, however, it may reveal itself a difficult partner to deal with in such a delicate phase of EU history, since the migrant emergency has yet to reach its nadir and countries prone to buck passing and wall building are not few.

Aleks Szczerbiak, “What does a Law and Justice election victory mean for Europe?”, The Polish Politics Blog, October 25, 2015.

The Economist, “The Economist explains. Why big changes may be coming to Poland”, October 22, 2015.