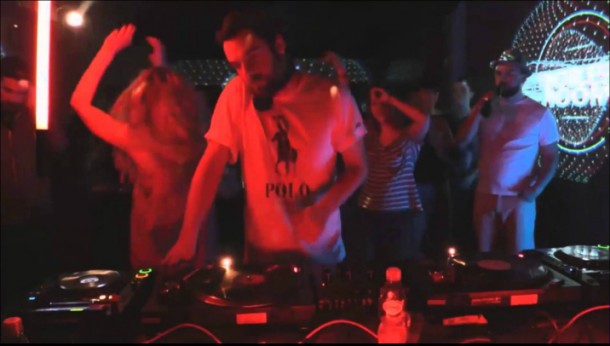 The Man Who Sold Polish Music to the World

The man who sold (to) the world polish music is now changing its face. David Bowie would definitely be proud of him.

Many times happens that the beat is going on let you ask yourself what the Dj has just put on. That mesmeric sound hypnotizes and stops: in Poland, is what’s happenin right now with DJ Zambon and Kacper Kapsa’s music.

You’ll find mixed up in a strategical way disco, rock, funk and even psychedelia. Some musical critics told about the retro and futuristic lines that distinguish his sessions: at once, retro and futuristic. That’s the kind of art who get you stuck in the middle of the floor and state, no doubt, there’s a genius behind the music itself. We’re talking about “The very polish Cut-Outs”.

During 1970s and 1980s, in Poland, as for music, governate a line of funk and rock that ruled the airwaves while the country was still behind the Iron Curtain.

Dj Zambon and Kacper kapsa edits them turning them into something alogether groovier. In addiction, as for their figurative side, just to remind that the eye itself worths attention, the vinyl albums they release are wrapped in gorgeous sleeves by the grafic Bartosz Szymkievicz: he gives them a distinctive rooster logo that once was used in 1970s children’s TV programme Teleranek.

They sure provide a fascinating look through Poland’s musical past.

The future of music in the country is just as important considering that DJ Zambon has now launched his own label, Transatlantyk, to scout and showcase talent from across Eastern Europe. “Through the label, I want t promote Polish underground music producers on the electronic music scene and to releae good music above all”.

Polish music has its own unique Slavic flavour: it’s pretty singolar that the sound seems familiar even if is not trying to copy western patterns. It’s always magical sound new to someone’s ears.

If you wanna check out what’s we’re talking about, so, stop and share a that good example that the Arp Life Band is. They do disco – funk music, also mixed with that Slavic tradition that always gives you naivety and cheesiness. The impression is similar to the one that only Polish jazz can offer us.

That music for sure will let your thoughts go away from the kind of sensations Western production gives you. Forget it. This is an experimental way of create something that gets on well with something else.

Dj Zambon has managed to keep his finger on the pulse of Polish music by running nights at Wosk, a succesful club in Poznan that caters to art students and music geeks seeking out fresh sounds.

That club is what you sure can define cosy. It has a good sound and a great atmosphere. Moreover, there’s a particular strategy in the way they book: their booking policy infact grants people have fun avoiding stress that last-minute decisions can give. Its ideology is that only vinyls are allowed.

The very polish cut outs has an iconic reputation, today: if you read about TVPCO don’t worry. Is just that famous producers are boosting to scratch the surface as Polish music continues to evolve. And consider that, the future has just started and it looks very very bright.