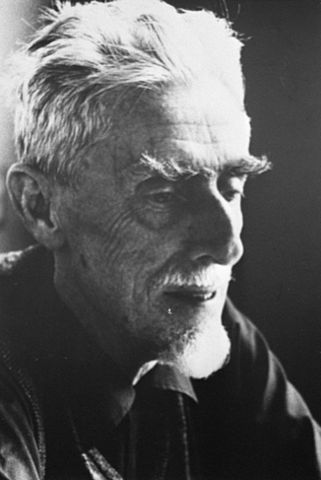 A great master has come to town: the graphic artist Escher. After Rome and Bologna, from the 31st of October to the 3rd of April 2016, the city of Treviso hosts a beautiful and intimate exhibition of the Dutch artist. The location chosen is the Museum of Santa Caterina, a hidden gem of the city. This museum is the main headquarter of the network of Treviso’s civic museums, and its origins are rooted in the mediaeval history of the city, as it was the home of the Da Camino, the family who ruled Treviso at the end of the 13th century and whose members are mentioned in the Divine Comedy and the Convivium by Dante.

The typically gothic structure of the museum treasures, within its rooms, the works of one of the most important artistic figures of the European Avant-garde and the result is brilliant. Visitors are welcomed by a brief film which introduces the artist and his work, his fascination with the geometric figures, his passion for chess and his deep love for the southern Italy landscapes. The curators of the exhibition, Marco Bussagli and Federico Giudiceandrea, conceived the tour in a simple, chronological and clear way, so that visitors can see the development of Escher’s view of art, of his work and vision. 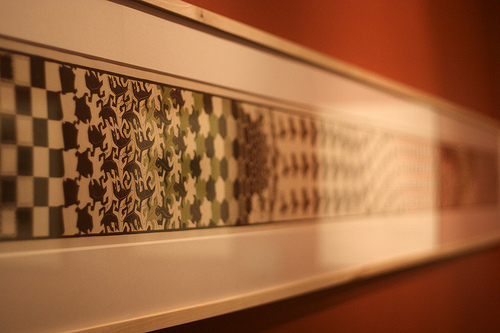 The most striking pieces of the exhibition are Escher’s woodcuts and lithographs which employ the concept of the impossible constructions which means those representations which do not exist in nature but are perceivable only through a certain position of the viewer and which, in some of Escher’s works, broke the law of the force of gravity: one of the most famous example is the 1953 lithograph Relativity.

A further interesting and fascinating aspect of Escher’s view is the Regular Division of the Plane, a series of drawings which Escher began in 1936 and about which he wrote a book in 1958. These drawings employ the technique of the tessellation through the use of an irregular shape which, repeated in series, completely cover the plane creating also a pattern. Escher developed this technique and concept to the extent that he employed different shapes to create a single drawing. The most astonishing and perfect example of this technique is the 1940 woodcut, Metamorphosis II.

Moreover, the exhibition includes an itinerary conceived for children, but funny and useful for visitors of every age. The succession of the works of art is punctuated by red panels which playfully help children to better understand the rules of geometry and mathematics, the space, the three-dimensional perception and the tricks of perception.

The world and vision of Escher is so fascinating that once you saw the exhibition, you’d like to see it again and again and again. The perfectly ordered images he created hide a chaotic, fantastical and physically inaccessible dimension which makes the viewer wonder from the beginning to the end. Escher is one of those rare figures who, through their work, brought the balance between pure rationality and intense imagination to a magnificent extreme:

We adore chaos because we love to produce order.