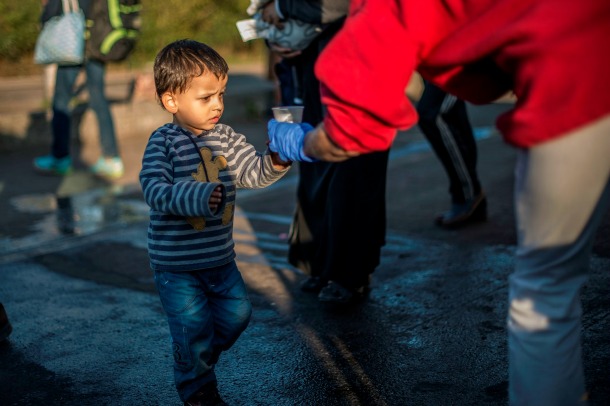 How Can a Charity Service Help the Refugees?

“We don’t take sides, we have the mission to help people in need.” Leaders of Hungarian charity services had a discussion about the migration crisis, the fulfilled and future tasks and other difficult questions regarding the situation of refugees.

Charity services have been often in the centre of debates for the last half a year in connection their role in the refugee situation. Now in the frames of a discussion with the title Migration – Reception within and outside the borders the leaders of the organisations talked about their doubts, the factors which were making the efficient work more difficult, and they also mentioned their fears and hopes regarding the future. 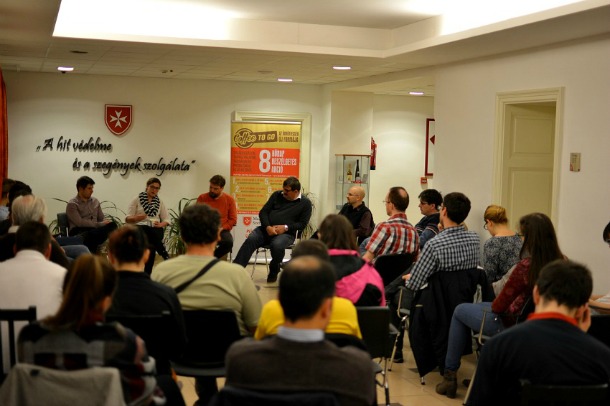 “With the arrival of refugees, we have to face a totally new problem in Hungary. Even though most of them headed to Germany, on a long term, there will be definitely more refugees than before, and we have to help them in different ways” – told Gellért Ghyczy from the Hungarian Baptist Aid. “I’m often shocked about all the prejudice I tend to hear from social workers. They sometimes have really similar thoughts in connection with refugees that they are criticizing when others are talking about homeless people.” 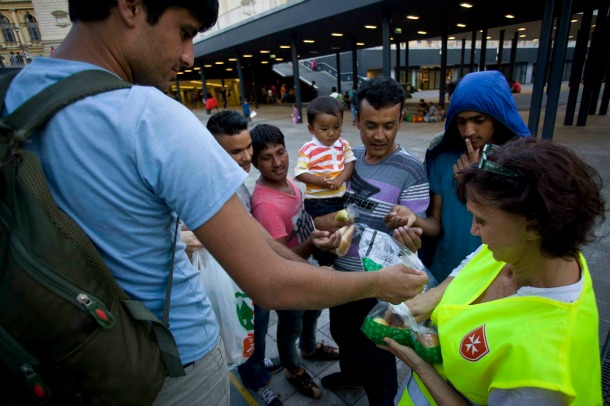 “We don’t take sides, we only have a mission. And the mission is to help people in need” – told Lajos Győri-Dani, the vice president of the Hungarian Charity Service of the Order of Malta in connection with their role in the refugee crisis. “It has never been our task to decide whether the people who need help are right or wrong. When our ambulance arrives to the scene of an accident, they never ask whose fault it was, because then they wouldn’t bring him/her to the hospital… In these moments judgement is out of the question. Are you hungry? You can have something to eat. Do you have pain in your legs? I will try to heal it. We just go and help people.” 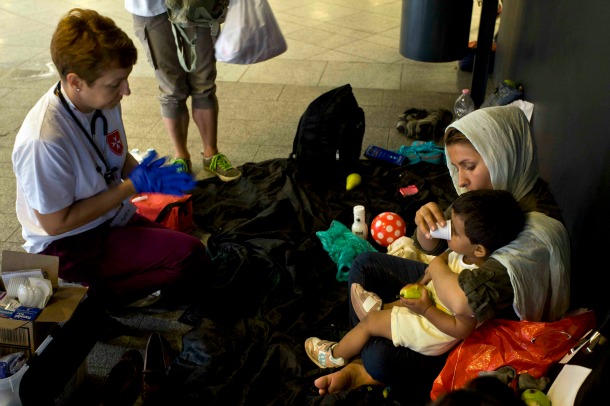 The vice president added: at these times a big organisation has certain responsibilities that a newly started organisation doesn’t have to count with yet. And why were they afraid in the beginning? “I had the most experience regarding the Middle-East countries, and I knew how the religious and cultural differences can cause difficulties in the helping process. The volunteers and people working on the spot have to know the rules very well, so that they can react to certain situations in a good way. For nurses and doctors it is also important to realise how they can approach men, women and children.”

Lajos Győri-Dani mentioned the politicized situation as another side of the doubts that have risen. The politics oversimplified the questions, and all the terms used for refugees (illegal refugees, economic migrants, etc.) contained some emotional content. Gábor Nagy, the deputy director of the Hungarian Red Cross agreed: “It was even difficult to find volunteers in the very beginning, as the communication of the radical right wing party in Hungary suggested that no one should help these people. Still, the ones who started volunteering, met the families, heard about their problems, turned out to be more and more sensitive about the topic. They also shared their personal experience with others, and like this it was easier to recruit new people. Right now we have a group of volunteers, who can be mobilized in case of a new wave of refugees arriving.” 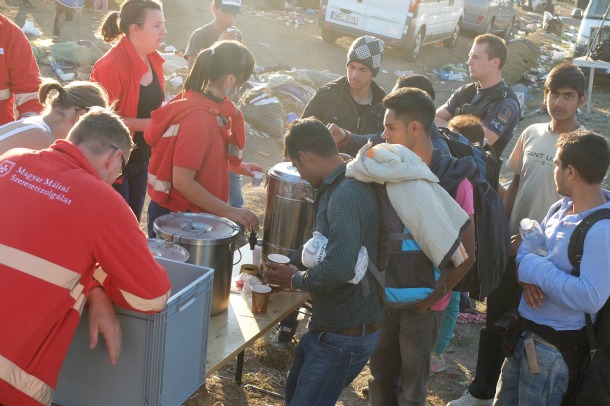 All the charity services invited their volunteers and employees, and started working based on their own strength. The organizations helped wherever they could and they felt that they were needed. We can separate several stages within the events of the last months. 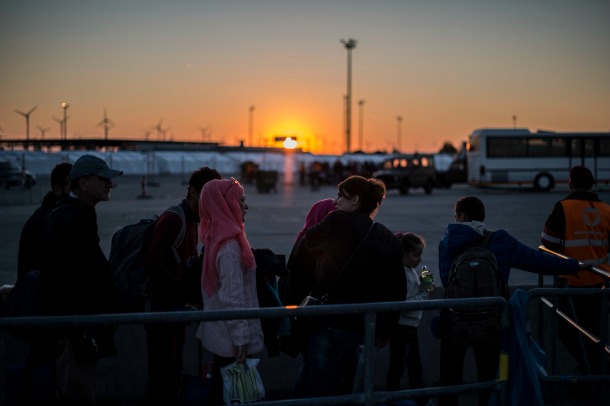 Until July, it was a smaller amount of refugees arriving to Hungary. The Hungarian Baptist Aid was also dealing with the question way before the crisis. Last year they started a temporary shelter for refugee families, where the basic aim was to integrate these kids and their parents to the Hungarian society. As there were more and more people arriving during the summer, they managed to separate a section of one of their institutions for refugees coming without families. Besides that, the Baptist Aid also took part in charity actions, they collected donations, distributed food packages, found translators, and supported the first aid service with their volunteer doctors – such as Red Cross and the Hungarian Charity Service of the Order of Malta.

The location also changed during all these periods: the civil organizations first joined the supporting work at the Serbian-Hungarian border, and when masses of refugees started to arrive to Budapest, they offered their services at the railway stations. Later on, when Hungary closed the borders, the charity services started working on international grounds: they helped in Austria, Serbia, Croatia and Slovenia for certain periods. 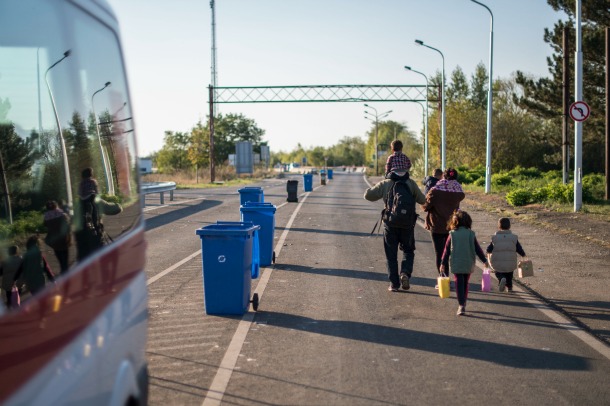 At the same time, because of the growing amount of diverse tasks, new organizations were also founded besides the long-standing charity services. Luca Solymoskövi, the lead coordinator of the Hungarian Jesuit Refugee Service explained which part of the helping process they could join: “We are not an NGO which can easily be mobilized. We are not the ones who can go and bring a bottle of water to the refugees as soon as they arrive. Our effort is to try to approach the problem from the side of education, and build up an integration program for migrants.”

There were several people offering their help to the Jesuit Refugee Service, and because of this they could take part in actions as well. There is a children’s home at Fót, a city close to Budapest, where young refugee people are sent to: they are protected by international law, and by the rules they can’t leave the country, still they manage to escape from the institution. The newly founded refugee service cooked food for 120 refugee children for the occasion when Muslims all around the world were celebrating Eid-al-Fitr, which marks the end of the fasting month of Ramadan. 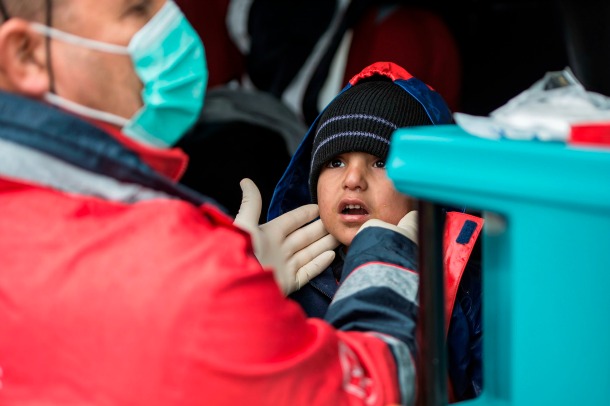 “The phenomenon will be a social, economic and cultural challenge for Europe, and it will give us several new tasks” – Lajos Győri-Dani summarized the situation. “Until the end of next they are expecting 3 million more people to arrive, which is already visible by the number of refugees who are already on their way. And it’s still not the end. We have no idea when the queue will come to an end. Europe was also not succeeding in integrating people effectively who have arrived way before the crisis. The task will be to help people to stay and live at home, in their own countries, within their own communities. There is no other way then to make huge sacrifice in order to stop the queue.” 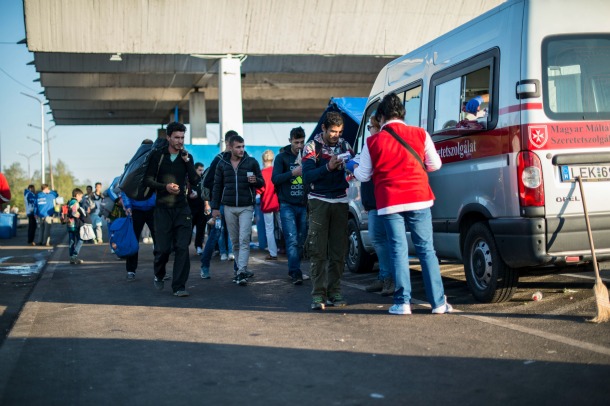 “Refugees who will decide to stay in Hungary have to cope with several things” – added Gellért Ghyczy talking about the future. “On the one hand, I am sure that if people are generally satisfied and like living in a society, they will start working and will be integrated after a time. Obviously, they will have traditions that they will keep. But they have to be supported to be able to use the areas where they are performing better culturally or because of their personal competences. On the other hand, if they feel that they are not provided with the basic needs, it can cause several conflicts on a long term. These are part of the reasons why I find it important to talk about these topics and to be open to give the chance for refugees who arrive to our country.”

The vice president of the Hungarian Charity Service of the Order of Malta closed the discussion with a message to be taken home: “We have to think several steps further than to just give the easy answers. Even though your fears can be partly true, avoid giving the simplest reasons for them. Try to get more information and have a more complex answer!”