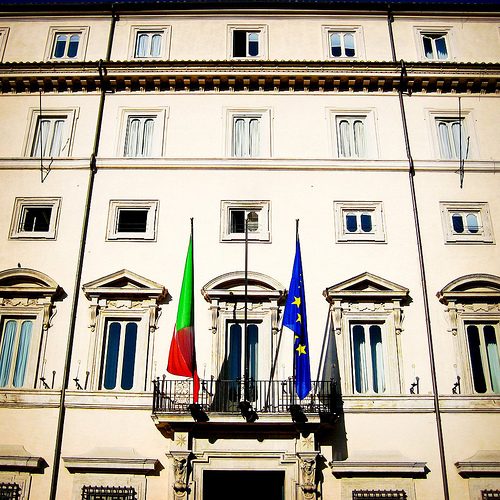 Italy, Where Are the Civil Rights?

Italy has a very unpleasant record between the countries of the EU. It is the unique country, with Greek, who doesn’t have civil rights law for the homosexual couples. Last spring The High Court of Strasbourg for the human rights condemned Italy and has encouraged the Italian government to recognise legally the homosexual couples. “Italy doesn’t protect gay couples”, with this strong sentence we can resume the criticism sent to Rome. Why there is this incredible delay in Italy to allow civil rights to gay couples?

This problem, actually, isn’t just political but also social and cultural. The Italian public opinion is strongly divided about this matter:  on one side there is the world of the left wing, the younger, the intellectuals which pushes for recognition of these rights, but, on the other side there is a good part of the population (the right wing politicians, the Catholic world) who is strongly opposed to this recognition.
Indeed, there is still a part of the Italian public which looks as something dangerous and unnatural giving civil rights to the homosexual couples.

“Marriage is only between man and woman” – “We cannot allow adoptions to gay couples”.

These are just examples of the slogans most common of those are actually opposed to civil rights.
In this delicate area there is also the huge influence of the Vatican, because the Church of Rome is always obstruct against the recognition of gay couples: marriage is sacred and must be solely between man and woman.

This thinking from a religious point of view is correct but from the social point of view not: two people of the same sex who love each other must have the same legal protections as heterosexual couples. Homosexual couples are asking for civil rights just to be equal to others in front of the law: rights today in Italy “common” as community property or make a will in favour of its partners are inaccessible to gays.

Despite the great split of public opinion the government is trying to bring forward a law for civil unions.

Some of the most important steps of the bill are as follows:

– The civil partnerships may be entered into between two persons of the same sex
-The cohabitants have the same rights as spouses in the event of illness, imprisonment or death of one spouse.
-The cohabitants may enter into a cohabitation agreement to settle property issues between them.

If the bill becomes law proposed by the government finally Italian homosexual couples can claim the same rights as their peers Europeans. The road to the approval of the law is still complicated as a part of the government majority is hostile to such a measure. The hope is that Italy exceeds this cultural block and stop so to receive sentences from Strasbourg.