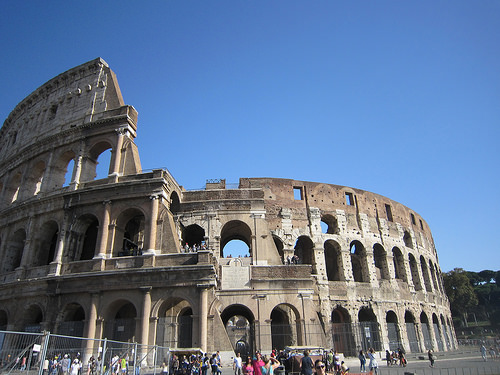 Who Will Be the Next Mayor of Rome?

After the complicated events that led to the fall of Ignazio Marino, in Rome the big question for the citizens is “Who will be the new mayor of Rome?”. In June communal elections are provided with which citizens will choose the mayor who has to work in a city full of problems and critical situations. Rome is living one of the most  difficult years of its recent history.

Only a year ago the case of Mafia Capitale was exploded; the investigations have brought to light the entire dark affairs that turned around the Italian capital. Mafia Capitale has questioned the whole system of power in Rome: the police is investigating investigated the former mayor (the predecessor of Ignazio Marino), councillors, former commissioners, entrepreneurs and many others.

Many citizens have lost confidence in the local institutions and political parties, now the public opinion thinks all the roman politicians are corrupt or corrupting. The political situation is therefore very complex but the problems are not only in ruling class. The City is actually full of unresolved problems since many years and now they have become more evident.

One of the main problems concerns the mobility and public transport: the underground system is insufficient for a big city like Rome, the buses are old and badly working, the city is often paralyzed by traffic machines.

There are also problem in the system of waste collection, in many areas the service works is badly, there is the idea of a city which is dirty and untreated.

Another significant problem is the security system as we are in the Year of Jubilee. Finally there is also the need to resurrect Rome also in terms of economic and employment: Roma must again become a real capital of the Italian economy.

Anyone who will be the mayor must deal with all these issues.

Obviously there is great interest in the figure of the new mayor: he will be for another time a member of PD or it will be finally the turn of the Movimento 5 stelle? What will happen to the right wing if it carves out a prominent place?

The feeling is that after the scandals of mafia capitale which swept the left and right, the Movimento 5 stelle is favoured, even if we still have to see who will be its candidate. Some sympathizers of Movimento 5 stelle woul like as candidate Alessandro Di Battista, one of the leader of the movement. Di Battista unfortunately is a Member of Parliament so that he decided not to run for Rome.
Now we only know the strong PD candidate: Roberto Giacchetti, an honest and qualified politician but the parties isn’t popular though the public opinion. We don’t know the right wing candidate and the one of Movimento 5 stelle. So it is a mystery of who will be the mayor.